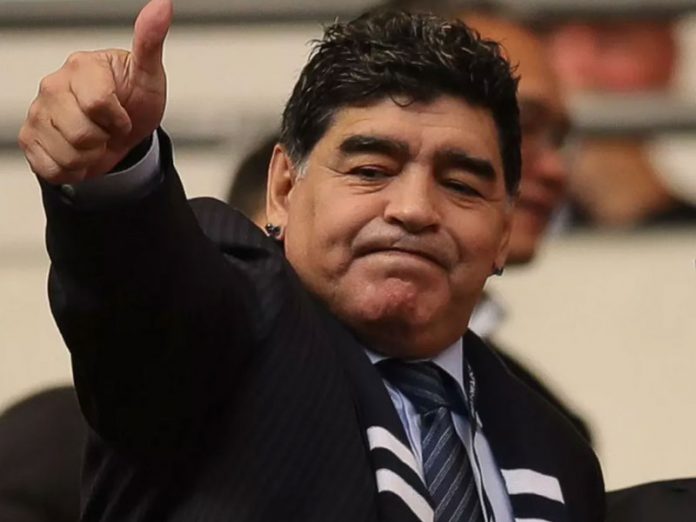 Jose Mourinho revealed how Diego Maradona used to call him with words of encouragement after defeats as the Tottenham boss paid tribute to the Argentine icon.
Mourinho revealed his personal relationship with the former Napoli and Barcelona superstar ahead of his side’s Europa League clash.

The Tottenham boss said: “There is Maradona and there is Diego.
“Maradona I don’t need to speak about because the world knows and nobody will forget. Diego is different.
“I can say he was a good friend of mine, but my contacts with him were on telephone and we met of course a few times, and he has a big, big, big heart. That’s the guy I miss.

“His football you can find every time we miss him, with Google we will find. But Diego, no.
“I spent today telling stories to my guys about him and the time we spent together, and that’s the guy I miss.

A World Cup winner in 1986, Maradona was an incredible player and never far from the headlines with his on and off the field antics
“He was saying after defeats, in difficult moments, he was always saying ‘Mou, don’t forget you are the best’, and he was always with this kind of approach. So, I miss Diego.
“The people that are big friends with him, the people that share with him dressing rooms and are colleagues – these guys are privileged.”