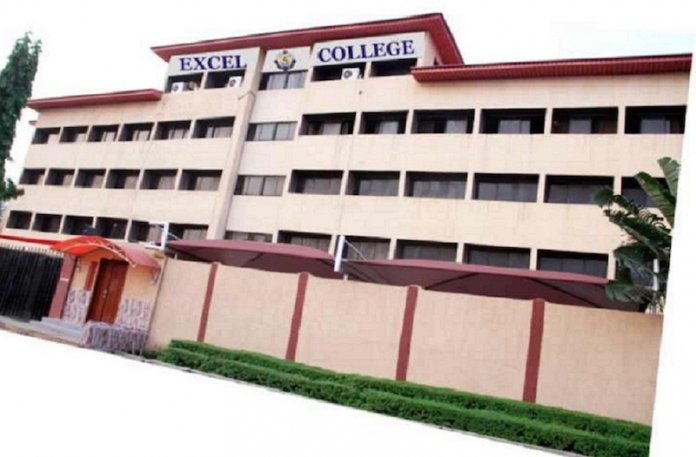 The management of Excel College, Ejigbo, Lagos, has attributed the speedy recovery of the school after their building collapsed, to the ‘service first model’ philosophy adopted by the founding fathers of the institution.

The 25 years old college faced the challenge of continuing in operation following the collapse of one of the wings of the three storey building edifice and the consequent demolition of the entire structure on the order of the Lagos State Governor, Mr. Babatunde Sanwo-Olu. But against all odds, the school is fully in operation again on the resumption of academic classes in Lagos.

Director of the school, Dr. Bamidele Oke, explained that though the future looked gloomy after the unfortunate incident, the encouragment and support from parents and family members was the magical catalyst for a rebuilding process.

“Naturally, it was a sad moment for the school. It was like losing everything. Our SS3 students had some of their West African Senior Secondary Certificate Examination (WASSCE) papers to write and the academic classes were to resume in two days-time after the long COVID-19 pandemic lockdown. We were able to salvage the seemingly hopeless situation and ensured our students concluded their examinations under a very comfortable atmosphere, all because of the goodwill of the parents and other stakeholders.

“The founders of the school have always operated a service-first model, rather than a business model. So, once you put service in place everything falls into place. We are one of the few schools that paid full salaries to their staff during COVID-19 lockdown and that keeps our teachers motivated. Our students are happy to be back as we continue to await Lagos State Government’s findings from its investigations. And we are hopeful of their support so that this legacy will continue to live on,” the school said.

Dr. Oke further said that the school now operates a multi-campus in the same environment.
We were initially looking for other places to set-up but the Parent-Teacher Association (PTA) came together and advised us to look inwards and utilise school properties, just around the demolished structure and with their support we started work. Within two months we have been able to put things together.

“Initially, we started with five weeks of online teaching. But we are pleasantly surprised at the number of students that returned on the resumption day. It was beyond our imagination. We are operating at full capacity in the new and very comfortable structures, equipped with modern teaching aids,” they said.
Bamidele expressed gratitude to Lagos State government for its understanding and co-operation under such a pitiable circumstance. And hoped the property of the collapsed site would be handed back to the school in due time.

He revealed: ‘When the building collapsed, investigations were conducted by the agencies of the government. So far so good, we trust that the government would take a fair decision because we believe we did not compromise standards while constructing the building.

“Initially, we were issued seven days to evacuate the building, which we thought we would have been used to remove all the infrastructure within the building but less than 12 hours later, the structure was demolished and we lost so much. However, we retrieved some essential documents especially the certificate of graduating students and building approval.

“We thank the Lagos State government, especially the commissioner who supervised the team that came to demolish the remaining parts of the building for allowing us to retrieve some important documents. We have presented the required documents to the various teams and the findings so far have been very positive and we are hoping for a final positive decision at the topmost level which will enable us to have access to the property.’