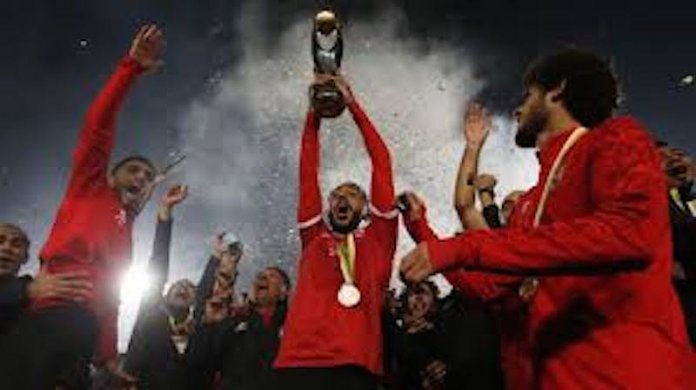 Magdy’s 88th-minute winner settled an entertaining match in which his side had gone ahead early through Amr El Soleya, only for Shikabala to cancel that out before half time with a world-class effort of his own.

The 2020 edition of the competition is the first ever African Champions League Final to be played between two teams from the same country.

Al Ahly seized the initiative right from the start and after only four minutes, they won a corner thanks to a strong run and shot from winger Hussein Ali Elshahat.

From that corner, El Soleya rose comfortably above the Zamalek defence to head powerfully in.

Zamalek were rocked and it took them a while to get back into the game. Only around the 20 minute mark did they begin to look threatening and test Al Ahly.

But gradually they got into increasingly more promising positions. And then on 31 minutes, their captain, Shikabala, produced something quite extraordinary to get them on level terms.

Ahly, however, really should have gone back into the lead on 53 minutes when a brilliant ball – which took out all the Zamalek defenders and their goalkeeper Gabal Ali – was played across to Elshahat.

Elshahat had an empty net to aim at from almost square on to the right-hand post. But, with almost too much time to think about it, he managed only to hit that post.

Both sides searched for a winner and made great use of the pace of their wingers – Zizo for Zamalek and Magdy for Ahly – to get close.

But the game seemed to be heading to extra time when Magdy was played in on the left, some distance from the Zamalek area.

It was a truly world class effort – and the Ahly players celebrated for all they were worth. They knew at that moment they were African Champions.