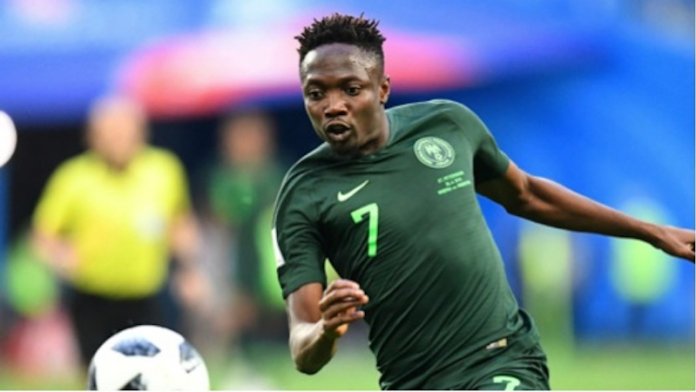 He has been without a club since leaving Saudi professional league club, Al Nassr and several European clubs have been linked to his name. With Sheffield Wednesday needing to bolster their team after an uninspiring start to the Championship season and looking to the direction of Ahmed Musa, the Super Eagles Captain may soon become an Owl

After mutually parting ways with Al Nassr, Ahmed Musa has never hidden his intention of returning to main stream Europe to continue his footballing career and Sheffield Wednesday may be his next destination.
The Owls are reportedly hoping to bolster their forward ranks with the addition of free agent and former Leicester City player after Musa has been without a club since leaving Saudi side Al Nassr last month.
He has been touted around a number of Premier League clubs in the past few weeks but is yet to strike a deal.

Just turned 28, Musa is a former £25m forward who signed for Leicester City in 2016 in a whirlwind of optimism that their recruitment machine had unearthed another gem.
The Nigerian forward rocked up for a club-record £16.6m fee from CSKA Moscow, where he’d spent four-and-a-half seasons ripping up the upper echelons of the Russian Premier Division and returning a record better than one goal in three.

This is all after breaking through as a teenager in Nigeria and then in the Dutch Eredivisie at VVV-Venlo, making his international debut aged just 17.
Leaving Leicester after a solitary season of five goals in 33 matches, he was sold to Al Nassr for a reported £25m.

The Nigerian international has been linked with a free transfer move to Sheffield Wednesday.
A 95-cap international, Musa is now keen on a return to English football and according to reports has been offered to the likes of Newcastle, West Ham and the Owls’ city rivals Sheffield United.
Musa is best known for his pace. His best football has been played as a striker, playing off the shoulder, but he can also play wide, most notably out on the left.

He’s not shy and has been known to express his opinions from time to time. He made no secret of his desire to stay at Leicester but in an explosive interview after his departure claimed he was forced out of the club, who made a healthy profit on him.

“I wanted to stay in England because that has been my dream for years but what will you do when you’re told a bid has been accepted for you? I had to move to where I know I will be celebrated,” Musa told Own Goal Nigeria.

“Talks have been on about how I moved for the money but nobody has considered the fact that Leicester City also sold me for the money. Transfers can only happen if both parties agree to it and that was my case.”
Despite that the transfer window is closed, clubs can still sign free agents. A number of deals have been done across the Championship in recent weeks.
The unusual nature of the unsettled transfer market means are a number of high-profile players still out of contract.

After the Owls’ 1-0 defeat at Preston last Saturday, Sheffield Wednesday’s Manager, Tony Pulis hinted that he was looking at his options, promising he’d be as ‘patient and as diligent as he possibly can’.
“I’ll try and get as many points as we can, but I think if we can get the opportunity to bring in maybe one or two players then I think that’s going to be massive for this football club.”

There are numerous free agents available at present in what has proven to be a tough market for footballers on the hunt for new deals, and it seems as though Pulis is very much prepared to dip into that pool if the right player becomes available.
It remains to be seen which positions he is most keen to bolster going forward, but his formation and comments over the weekend suggest that another wide player could be high up on his list, of which Musa fits into.

In 58 appearances for Al Nassr, Musa scored 11 goals and got 14 assists while helping the team win the 2018-19 Saudi top-flight diadem and the 2019 Saudi Super Cup.
In his chat with ESPN, the former Kano Pillars star had this to say:
“I have enjoyed my time in the two years that I have been here, and the club has been great to me.
“But I have always wanted to return to Europe, and I feel that this is the best time for me to make that move.

“I want to get back to playing at the top level again against the best players in the world.
“I would like to thank everyone at Al Nassr and all the fans for understanding and respecting my wishes, but especially for making me feel such a big part of the club and I will never forget them.”
Musa confessed to approaching the club management to terminate his contract before the close of the Saudi transfer window.

“I met with the club and requested that they should terminate my contract, and they were kind enough to agree to let me go,” he added.
Musa shot into international limelight after helping Nigeria U-23 win the 2010 WAFU Nations Cup where he scored goals against Benin Republic and Burkina Faso.

At the 2011 FIFA U-20 World Cup in Colombia, the former Kano Pillars man scored three goals in five matches and he was included by FIFA’s shortlist for the Adidas Golden Ball.

After representing the country at youth level, the ex-VV Venlo star made his senior debut on August 5, 2010 in the 2012 Africa Cup of Nations qualification against Madagascar – coming in as a substitute for Mikel Obi in the 2-0 win. 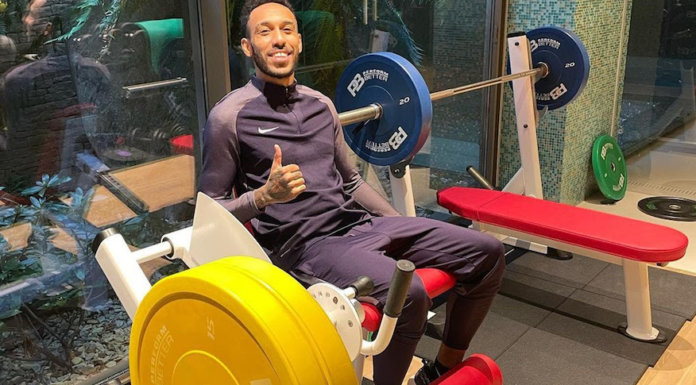