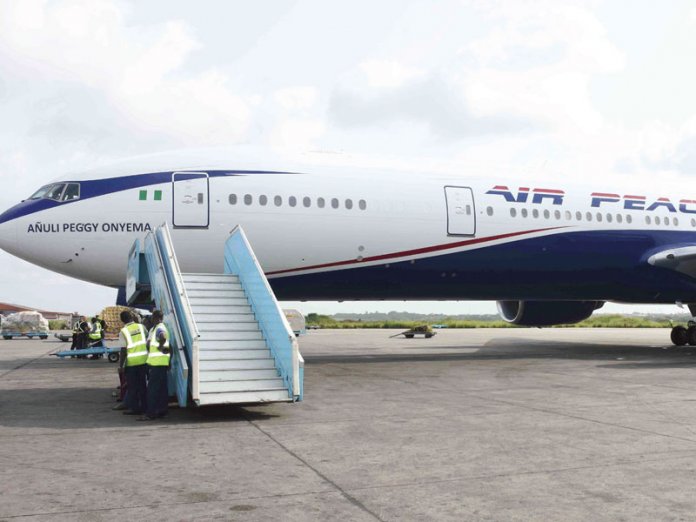 Nigerian major carrier, Air Peace, has announced that it would commence flight operations to Makurdi, Benue State capital, from Lagos and Abuja on December 7, 2020.

This is as the airline also billed to resume flights to Uyo, Akwa Ibom State, from Lagos and Abuja on the said date.

The airline’s spokesperson, Stanley Olisa, made this known in a statement.

Olisa stated that the new connections would be operated on Monday, Wednesday and Friday, noting that Makurdi has been on the airline’s radar for some time and is being launched to meet the air travel needs of Nigerians who connect Lagos and Abuja to Makurdi.

“It is our promise to interconnect every part of this country and foster economic relations between cities. Be assured that we are coming with more destinations. We are starting with Johannesburg, South Africa in December and India is also in the offing,” the airline spokesperson said.

According to him, “The Makurdi route launch reflects Air Peace’s enduring commitment to creating more seamless connections and network options for its teeming customers across Nigeria, and we cannot relent in this regard.”

He reiterated the commitment of the airline to giving its passengers a world-class flight experience, adding: