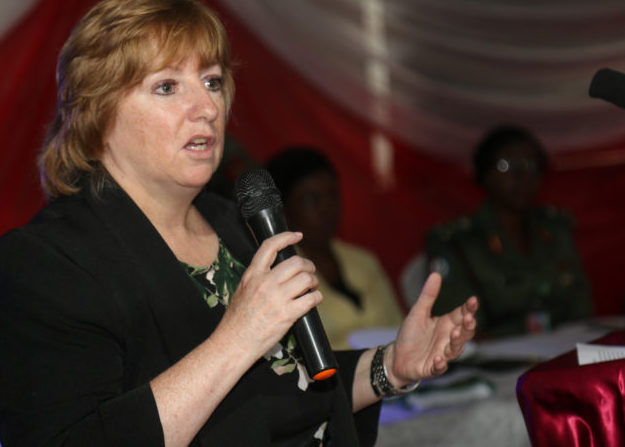 The Deputy Chief of Mission at the United States Embassy in Nigeria, Ms. Kathleen FitzGibbon, has said two million internally-displaced persons in Nigeria are at risk of sexual exploitation, among others.

She spoke yesterday at the National Agency for the Prohibition of Trafficking in Person (NAPTIP)’s five-year planning conference, and called on the federal, state and local governments to protect them from exploitation.

She pointed out that prosecution was crucial to anti-trafficking efforts, adding that holding complicit officials accountable was important to show that no one was above the law.

According to her, deepening partnerships with a broad array of stakeholders inside and outside of government is critical to bolstering Nigeria’s anti-trafficking efforts.

She emphasised that fighting modern-day slavery required collaborative efforts as the traffickers were highly organised.

“The commercial sexual exploitation of women and children is a major issue confronting many countries and Nigeria is not immune,” FitzGibbon said.

“Almost two million internally-displaced persons are at risk for some sort of exploitation and it is incumbent upon government authorities at federal, state, and local levels to protect them from victimisation. We recognise NAPTIP’s increasing engagement around exploitation in these camps.”

She added, “we anti-traffickers must be even more coordinated within our respective governments and with our NGO partners. The victims of human trafficking deserve no less than a whole-of-government commitment to ending this practice.”

While commending the efforts of NAPTIP at ending human trafficking, she said the mission was ready to work with the agency to strengthen Nigeria’s organisational framework through the 2021-2025 National Action Plan on trafficking in persons.

FitzGibbon shared the US government’s collaborative efforts to prosecute traffickers, identify victims, and prevent the crime by raising awareness.