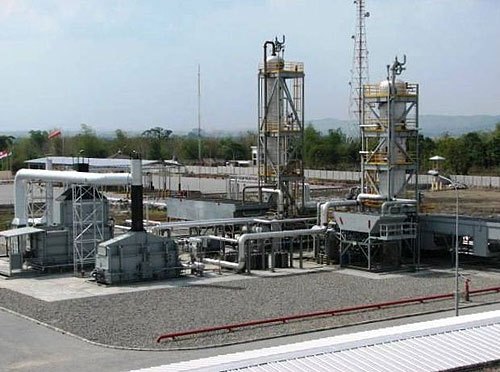 From the Ibigwe refinery of Waltersmith Petroman expected to be inaugurated this week, Nigeria’s five south eastern states can comfortably oil their once vibrant economies back to commercial reckoning, writes Chineme Okafor.

Waltersmith’s 5,000bpd modular refinery in Ibigwe, Imo-State promises to be a game changer for the economy of the Southern Eastern part of Nigeria; and will undoubtedly act as a catalyst in accelerating socio-economic development in the region.

Home to two of West Africa’s biggest markets – Onitsha and Aba markets – the south-east is reported to be commercially vibrant. It equally has prominent manufacturing outfits in Aba, Nnewi and Onitsha amongst other industrial clusters but lacks key infrastructure to keep these outfits in business. One of such infrastructures it lacks is a stable fuel supply network.

Based on data from the Nigerian National Petroleum Corporation (NNPC), the south-east experiences prevalent shortage of refined oil from incessant acts of vandalism on the corporation’s Aba-Enugu products pipeline. Whenever these lines are out, NNPC’s petroleum products supply and distribution plans in the region becomes jeopardised leaving machines and businesses of the region equally stranded without oil to run.
Similarly, this results to key petroleum products – petrol, kerosene, diesel, naphtha and heavy fuel oils amongst others staying in short supply and expensively purchased in the region.

For example, in its September 2020 Premium Motor Spirit (PMS) price watch, the National Bureau of Statistics (NBS) stated that while the national average price for a litre of petrol was N161.06 in September 2020, consumers in the South East paid an average of N162.11.
But with oil from its refinery, Waltersmith may be heading to help the region plug this systemic supply troubles to keep its businesses and economy running.

“Our focus on putting a refinery in Ibigwe, South East Nigeria is built on our knowledge about the commercial strength of our area of operation,” said Chikezie Nwosu, the Chief Executive Officer of Waltersmith.
“To demonstrate that we were right, we already have oversubscription of our products, not spot sales but people who have shown interest to take our products,” Nwosu added.

Plugging a region’s need
In 2017, the Manufacturers Association of Nigeria (MAN) stated that 75 of the 150 manufacturers it had in its membership list in the region had within five years shut down their respective operations over bad or non-existent infrastructure. The MAN highlighted the high cost of production and exorbitant fuel costs as a huge challenge to manufacturers in the region.
Similarly, in one of its recent policy briefs, the African Heritage Institution (AfriHeritage), an Enugu-based non-governmental organisation which is focused on economic development, explained that without adequate infrastructure such as energy, the economy of the South East, like others in the country would remain underdeveloped.

AfriHeritage stated that inflation in Nigeria, which is currently high singularly, diminishes the region’s economic growth especially with regards to purchasing power in its markets, and that the absence of key energy infrastructure also means that many factories and shops could be forced to either close down or increase prices. These challenges thus underline the significance of the Ibigwe refinery by Waltersmith to the region.

From its concept paper, which was shared with THISDAY, the refinery was originally conceived as an operational solution for the increasing above-ground risks Waltersmith faced in its upstream operations. This was however developed further with strategic and commercial considerations to the increasing certainty that the federal government’s subsidy on refined petroleum products in Nigeria will not be sustainable.

Having obtained the License to Establish from the Department of Petroleum Resources (DPR) in June 2015 as well as the Authority to Construct in March 2017, the company then partnered with the Nigerian Content Development Monitoring Board (NCDMB) and Africa Finance Corporation (AFC) to raise the required financing. According to the concept note, NCDMB has a 30 per cent equity in the plant while the AFC committed a certain percentage as a senior secured credit facility.

By June 2018, Waltersmith signed an Engineering Procurement and Construction (EPC) contract with a consortium of V-fuels and Lambert Electromec to build the first phase of its modular refinery within 24 months and work commenced at its Ibigwe site in October 2018.

The first phase 5,000bd crude oil refinery is reported to have a crude oil storage capacity of 60,000 barrels and will deliver over 271 million liters per annum of refined petroleum products to the South East. These products will include kerosene, diesel, naphtha and heavy fuel oil.
According to the firm, the bulk of the crude oil supply it would need for the first phase will come from its upstream oil businesses, with backup from the Oil Mining Lease (OML) 53 – Ohaji South Seplat/NNPC JV third party facility currently processed at Waltersmith Ibigwe Flow station.

It explained that it equally expects additional supplies from marginal oil fields which are expected to be farmed out by the government soon.
“This 5,000bd modular refinery is the first phase of a series of developments that will culminate in the delivery of up to 50,000bd refining capacity which will expand the product slate to include PMS, LPG and aviation fuel.

“This program consists of an expansion of 20,000bpd crude oil refinery and a stand-alone 25,000bpd condensate refinery both of which are at early stages of project development,” the Chairman of Waltersmith Group, Abdulrazaq Isa stated.

Beyond oil, what else to expect
Isa further stated that he had envisioned Waltersmith to transition from just an oil production firm into a manufacturing colossus.

“That is my long-term vision ultimately. It is not going to be one or the other. It is going to be both running concurrently, so we will have oil production activity and also be fully involved in manufacturing.
“When I talk about manufacturing, it is manufacturing related to oil, petrochemicals, chemicals pharmaceuticals and food processing, essentially leveraging oil into enabling an environment for competitive manufacturing where manufacturing is going to happen not just for us but also for third parties who will come onboard and co-locate in that environment,” he explained.
He however called on the government and its key agencies to lend its support to the refinery outfit, especially with regards to feedstock.

According to him, “One of the key elements to the sustainability of our project is access to feedstock; it is critical. For now, we are using our own feedstock from the Ibigwe field and it is a marginal field, but we have made this significant investment to build this infrastructure to provide petroleum products in Nigeria.”

He noted that the oil field alone will not sustain the refinery’s feedstock demands, and as such, “for us to achieve all of these aspirations going from 5,000bd to 50,000bd, we will require a number of things from raising the financing that we need, to having access to feedstock.”
Furthermore, Isa stated that Waltersmith will have to demonstrate to its financiers that it could equally access equity reserves which would be available for the refineries.

“This brings me to our long term 10-year aspiration as a company in exploration and production business which is to achieve 100,000bd oil production through different mechanisms – divestment, opportunities that may come along, farm-in, marginal fields. These are sources where we feel we will have feedstock to drive the 50,000bd refining capacity,” he added.

Not mincing words, he stated that, “We are looking up to government to support us as an indigenous company helping to realize Government’s aspiration.” In light of this, the company has continued its strategy of sustained engagements with key players like the NNPC to facilitate access to resources critically needed to run the refinery.