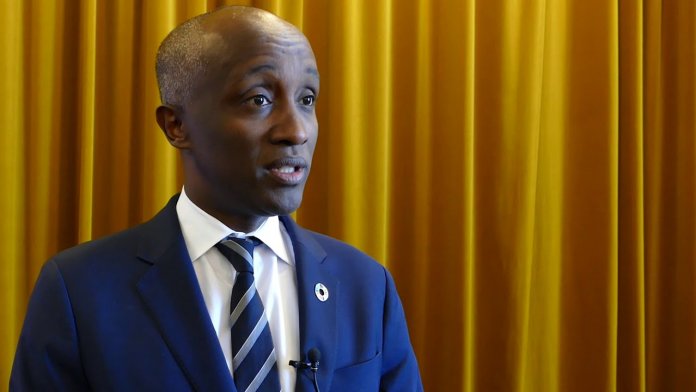 Experts from various fields have stated that there has to be deliberate policy shifts, as well as human capital development, to cushion the effect of the country’s rapid growing population.

Speaking during the ÆLEX 14th annual lecture, Mohamed Yahya, Resident Representative to Nigeria for the United Nations Development Programme (UNDP) and one of the panelists at the Lecture, said Nigeria needs to innovate, build a strong human capital base, and be deliberate about structural policy shift in a bid to mitigate effects of the country’s rapid growing population.

Yahya who noted that the topic of the lecture, ‘Illiteracy, Migration and Insecurity: Nigeria’s Population Time Bomb’, is timely, stressed that the country is expected to be the 7th most populated country in the world by 2050, and 3rd most populated thereafter.

He said that these realities imply that, if the country continues to grow at the same level without any form of control, then there would be scarce resources to go round, and this could lead to insecurity.
He acknowledged that China has taken advantage of its high population and introduced better utilisation of international trade and land reforms, which has led to poverty reduction and development.

Yahya further explained that, if population growth is efficiently managed, it could be an advantage to the country by way of division of labour and increased productivity.

He however stated that, on the flip side, if population growth is not properly managed, it could lead to increase in poverty level, more economic stress, high level of unemployment, weak healthcare systems, high mortality rate, weak human capital development and crime and conflict.
Abike Dabiri-Erewa, Chairman, Nigerians in Diaspora Commission, who also spoke at the virtual lecture, recalled that recently, about 80 Africans drowned while trying to cross over to Europe, adding that most of the people who are trafficked out of the country, are girls.

Dabiri-Erewa disclosed that two years ago, Nigeria brought back thousands of its citizens from Libya and several others are still being brought back, adding that, many of those migrating either legally or illegally, are highly educated.

She suggested the need for more awareness to stop people from migrating illegally, adding that the Government needs to create an enabling environment for businesses to thrive, to encourage people to remain in Nigeria.
“We cannot stop legal or illegal migration, but we can manage it. We are working with the Ministry of Labour and Foreign Affairs, to manage migration. Nigerians are excelling everywhere in the world, but are not excelling in Nigeria.
“Government therefore, needs to provide human capital development, build infrastructure and create more awareness, to mitigate the effects of the growing population and reduce the amount of illegal migration”, she said.

Nyma Akashat Zibiri, a Nigerian Lawyer and television host who was also a panelist at the lecture, said Nigeria has the highest population of youths in the world, which should be an advantage, but sadly, the Government has failed to manage the population.
Zibiri explained that the level of insecurity in Nigeria has kept pushing urban migration, adding that lack of job opportunities have led to the trafficking of large numbers of girls.
She however, suggested that there should be family planning, and deliberate policy implementation geared towards population control in Nigeria.