In the Supreme Court of Nigeria
Holden at Abuja On Friday, the 13th day of March, 2020

Facts
The Appellant, a certain Lekan Olatayo and one Fatai Ademola, lived together in a single-room apartment at Oke Abesu, Osogbo. A girlfriend of Fatai Ademola, by the name Bilikisu Adeyemi, subsequently joined the trio and was living with them in the one-bedroom apartment. On 31st May, 2005, at about 1 a.m. after the said Fatai Ademola had sexual intercourse with the girlfriend and slept off, the Appellant and the other house-mate – Lekan Olatayo, forcefully raped Bilikisu. In order to muffle her cries while she was being raped, they used a loaf of bread to block her mouth. This resulted in suffocation of Bilikisu, and ultimately, her death.

The Appellant and the said Lekan Olatayo, were therefore, arraigned before the High Court of Osun State of Nigeria on a-two count Charge of conspiracy to commit murder and murder of Bilikisu Adeyemi, contrary to Sections 324 and 319(1) of the Criminal Code, Cap 34 Volume 11, Laws of Osun State, 2003.

At the end of the trial, the court discharged the accused persons on the first count. On the second count however, they were each sentenced to death by hanging by the neck. The appeal filed by the Appellant to the Court of Appeal was not successful; hence, the further appeal to the Supreme Court.

Whether the trial and conviction of the Appellant at the trial court and affirmed by the Court of Appeal, was not a nullity.

Counsel argued on behalf of the Appellant, that the Appellant was not properly arraigned before the trial court; and as such, the trial which led to his conviction was a nullity. Counsel submitted that, though the trial court disclosed in its record that the Charge was read and explained to the Appellant in the language he understands, the name of the interpreter was not so stated. He contended therefore, that the provision of Section 215 of the Criminal Procedure Law of Osun State was not complied with – KAJUBO v THE STATE (1988) 1 NWLR (Pt. 73) 721. Counsel submitted further that, aside from the date of arraignment, when the trial Judge noted in the record of proceedings that an interpreter was provided (though the name was not specified), the subsequent proceedings did not disclose in the record that an interpreter was provided. He concluded that the failure to provide an interpreter from the beginning to the end of the trial, vitiated the trial conducted thereby. He relied on the decision in AKPIRI EWE v THE STATE (1992) 7 SCNJ 15 at 19 and the provisions of Section 36(6) (a) and (e) of the Constitution of the Federal Republic of Nigeria, 1999.

Deciding the appeal, the learned Justices held that an arraignment is not a matter of mere technicality; it is an important initial step in the trial of a person on a criminal charge. Where there is no proper arraignment, any subsequent trial is a nullity, notwithstanding the cogency or strength of the evidence adduced by the Prosecution – KALU v THE STATE (1998) 13 NWLR (Pt. 294) 385.

By Section 215 of the Criminal Procedure Law of Osun State, for a proper arraignment of an accused person before a trial court, the following three elements must be satisfied:

(i) The accused person shall be placed before the court unfettered, unless the court shall see a cause to otherwise order;

(ii) The Charge or Information shall be read and explained to him in the language he understands to the satisfaction of the court, by the Registrar or other officer of the court; and

(iii) The accused shall then be called upon to plead instantly thereto, unless an objection in respect of the writ of service of a copy of the information, is successfully taken.

In this case, the Supplementary Record of Appeal shows that the Appellant was in court, and was fully represented by counsel on 13th November, 2007 when he was arraigned in court; the Charge was read and explained to him in English language and interpreted in Yoruba language, before he was asked to plead thereto. While the steps and procedure at trial during arraignment, is for the trial court to record who read and explained the Charge to the accused person, failure or omission to reflect them is not fatal to the proceedings so as to render it a nullity, once arraignment was carried out in a manner which is substantially regular – OLABODE v STATE (2019) 11 NWLR (Pt. 1157) 279. This is more so, as counsel for the Appellant did not raise an objection to the absence of an interpreter, or posit that failure to provide an interpreter deprived the Appellant of an opportunity to follow the proceedings at the trial.

Quote
“While the steps and procedure at trial during arraignment, is for the trial court to record who read and explained the Charge to the accused person, failure or omission to reflect them is not fatal to the proceedings so as to render it a nullity, once arraignment was carried out in a manner which is substantially regular” 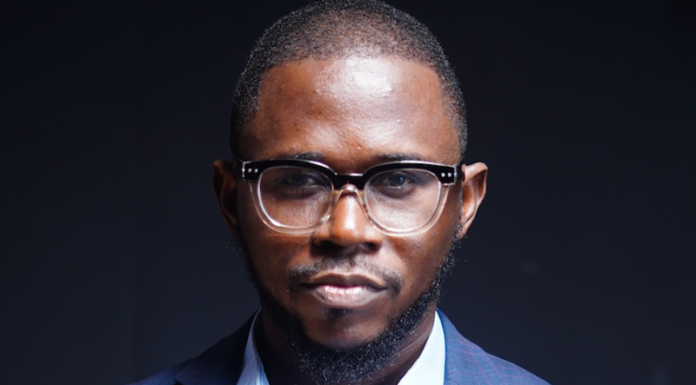