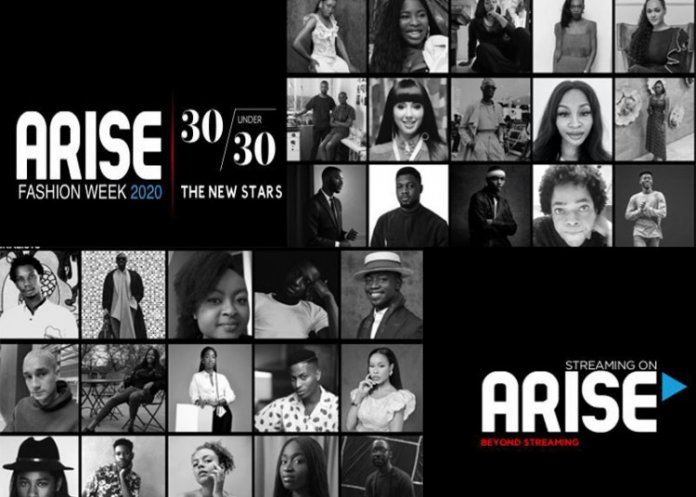 Africa’s premier fashion show, ARISE Fashion Week,  has unveiled the 30 under 30 fashion designers who will be competing for $500,000 in prize money.

The fashion show, which is set to deliver one of its most exciting line-ups to date, has a list of designers from Nigeria, other parts of Africa and Europe.

The list boasts fresh talent alongside some acclaimed international names in fashion.

There will however be no audience as it’s a virtual show which will be broadcast to worldwide audience on the new ARISEPLAY streaming service and other ARISE/THISDAY platforms.

”Known for breaking records, ARISE FASHION WEEK has raised the ante even further by celebrating a new brand of designers – ‘30 under 30’ with a cash prize of $500,000 to be shared amongst the winners and players.” Ruth Osime, Co-Producer ARISE Fashion Week 2020, said.

“This is no doubt the first of its kind on the African continent. We look forward to this  experience and feel truly honoured to play a role in turning the dreams of some of the designers to reality,” Osime added.