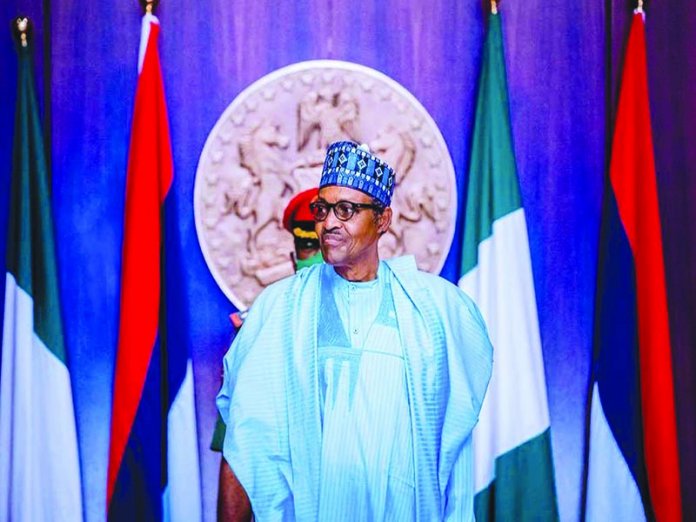 In 2023, only the South can stop the South, writes Olawale Olaleye

The battle for 2023 took off long before the 2019 general election. That’s a matter of public knowledge by the way. Yes, it did, and it’s neither strange nor curious. Suffice it to say it’s the nature of politics not peculiar to this clime. Indeed, it was the foundation for how the 2019 elections ultimately panned out.

Reasons for this are, however, not far-fetched. President Muhammadu Buhari’s first four years in office gave the green light. With postings largely considered colourless in many of the key performance indicators, the presidency became where everyone thought they could do better.

But in spite of what many of the political actors had deemed Buhari’s inadequacies, they still wanted him to return to office in 2019 so the North/South power equation would prove less difficult by the time the 2023 discussion takes the centre stage. And that’s fast walking its way up the ladder.

Not unexpectedly, the Southern Nigeria is getting ready to take over from Buhari in 2023. After the president’s eight years in office – a Fulani from Katsina State – the southern leaders think power should naturally shift to their part of the country in the spirit of fairness, equity and justice.
Much as that rings true and seemingly plausible, there’s yet a problem: which part of the South should power shift to? But that’s not as easy as it sounds. If anything, that’s the one element that could deny the South the presidency if it fails to put its acts together.

Although some of its leaders have begun the search for a suitable candidate, they are still going to return to the same station: candidate from which part of the south?
When the nation returned to civil rule in 1999, power landed on the laps of the Southwest almost a la carte. The arrangement that produced former president Olusegun Obasanjo was easy to comprehend.

The annulment of the June 12 1993 presidential election had thrown the country into turmoil, which lasted many years. Compounding this was the passing of the presumed winner of the election, Chief MKO Abiola, shortly after the demise of the maximum ruler, Sani Abacha.

Thus, when power was to move back from the military to the civilian, the choice of an Obasanjo from the Southwest and the same Ogun State as Abiola was not a rocket science. And for eight years, Obasanjo served Nigeria, representing the south, albeit from the Southwest in the power equation.
After Obasanjo’s eight years, power – still in the habit of the North/South arrangement – returned to the North with the late Umaru Musa Yar’Adua from Katsina in North West. However, in 2010, there was an interruption in the power equation, following the death of Yar’Adua and that threw up his unassuming deputy, Goodluck Jonathan, a South-southerner from Bayelsa State and minority Ijaw.

But Jonathan, who completed Yar’Adua’s first term, contested in 2011 and won, could not repeat the feat in 2015, thus throwing up yet another northerner in the person of Buhari, whose constitutional eight years would end in 2023.
However, from the Southern tripod, only the Southeast has not had a ‘taste’ of the presidency. The best they have had since 1999 was either as Senate President, which mostly ended in chaos or Secretary to the Government of the Federation.

Therefore, the search for a southern president has this one dilemma to deal with. While the Southwest plays up its role and investment in the Buhari presidency as the reason it should produce the president in 2023, often alluding to a pre-2015 understanding, which others do not consider binding, the South-south thinks the job should come its way so it could complete the second term opportunity that eluded Jonathan.

Perhaps, the Southeast has a more valid and genuine case. It has never produced the president and for whatever reasons, the others are unwilling to yield power to it. These scenarios leave the South in a precarious situation, as none is willing to let go, at least, for now.

While these considerations subsist, there’s the party angle. Power rotation is not constitutional in Nigeria. It’s an arrangement within political parties, depending on the ideological leaning of the parties especially since the idea suits Nigeria’s heterogeneous nature. The PDP expressly has that understanding or arrangement as it were but the APC tactically avoids playing it up.

Therefore, while the APC could choose to leave it open and encourage the best candidate to emerge from any part of the country based on merit as being lately canvassed by those who currently wield huge influence in the corridor of power, the PDP cannot morally mull the idea of zoning the presidency to the South for as long as its national chairman is still from the same zone.

Invariably, what this means is that while the south, in its desperation and somewhat lack of unity of purpose fights to the finish over which zone in the region should produce the next president, it could inadvertently leave the space open and vulnerable for the often united North (whenever it is power play) to take its chances.

This is why the north may not contend with the understanding that power should shift to the south, but it would also not support any suggestion that would compel it to support any concrete arrangement to that effect, just in case the south messes itself up, which is most likely.

The north would rather the space was left open for the taking but would share the sentiments – just sentiment – that power should return to south, leaving the fate of the south in its hands. Besides, the North is largely at advantage in many of the considerations for power. Therefore, as the South continues its search for a suitable presidential candidate, it should be mindful of these nuances, and the fact that ‘only the south can stop the south’ in 2023.

If the south fails to align its thoughts and embrace that which addresses justice, equity and fairness without disrupting the balance of power, it might as well kiss the ambition goodbye. But, it goes without saying it’s difficult, however, doable political choices to make in larger interest.