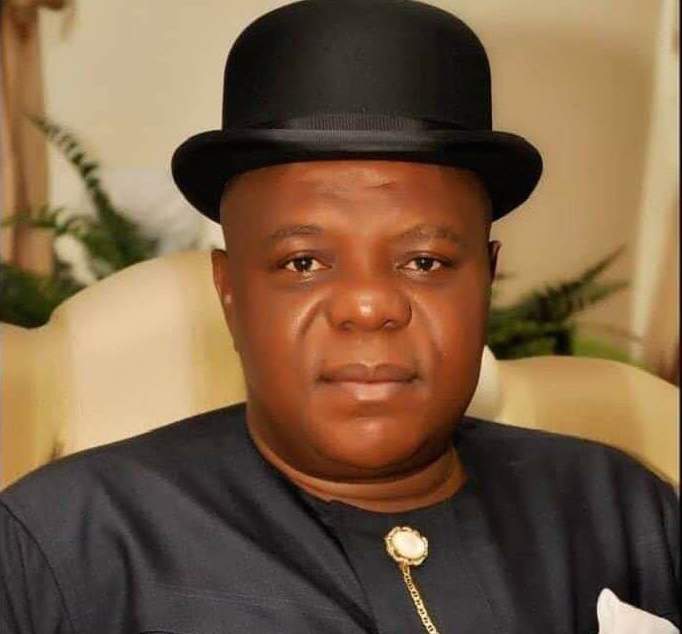 Austin Uganwa highlights the good mix of politicians and the clergy at the funeral of Mrs. Sarah Opara, mother of the former Deputy Speaker of the House of Representatives, Rt. Hon. Austin Opara

Port Harcourt City, the capital of the oil-rich Rivers State was unmistakably boisterous Friday, November 6, 2020. This was as Rt. Hon. Austin Opara, former Deputy Speaker House of Representatives interred his mother, Mrs. Sarah Ihunda Opara at Saint Thomas Anglican Church in Port Harcourt. She was aged 96. Unprecedented heavy vehicular movements within the city and unbroken blaring of sirens were instructive that uncommon event was taking place.

Prior to the commencement of the funeral service at about 10 O’clock in the morning, long convoys of vehicles snaked incessantly through the ever-busy Ikwerre Road .They streamed into St. Thomas Anglican Church premises, venue of the event and its neighborhoods . Hordes of security operatives were at hand to control the traffic. In compliance with the federal government’s safety protocols on COVID-19, health workers on ground dutifully ensured that everyone was given free face mask and hand sanitizer. This was underpinned with intermittent announcements on the urgent need to wear the mask properly and to ensure the realization of social distancing in the sitting arrangements.

Saint Thomas Church building, venue of the funeral service is an imposing edifice that sits arrogantly at the centre of Diobu, an ever busy part of Port Harcourt. As the dignitaries were ushered in to take their seats, the magnificently ornamental and expansive Church hall blended harmoniously and charmingly with the exquisite outfits intriguingly paraded by the guests. Rt. Hon Austin Opara, former Deputy Speaker of the House of Representatives who is the third child of Mama Sarah Opara, led the congregation into the virtues of the deceased. According to him, his mother was an image and exemplification of faith. He told the story of how the mother kept faith with the Lord and remained bonded with his husband in spite of 11 years of childlessness after marriage . He added with a nadir of inspiration that her mother’s faith did not even wane when the first child that ultimately came died shortly after at the hospital.

The Primate of the Anglican Communion, Most Reverend Henry Ndukuba in his sermon affirmed the deceased’s legacy of faith. He urged her children and the congregation to emulate Mama Sarah’s legacies of faith, hard work, piousness and community leadership. Noting that this year has been characterized by crises of high magnitude he urged the federal and state governments to adhere to the demands of the youths as expressed during the EndSARS protests that cut across the nation.

President Muhammadu Buhari in his condolence message observed that the deceased led a quality and accomplished life. Buhari whose message was signed by his Spokesman, Femi Adesina enjoined those “who succeed the deceased to keep her memory aglow by maintaining her virtues of piety, community spiritedness and industry.” Former President Goodluck Ebele Jonathan reinforced that the deceased left behind an exemplary footprints that will continue to serve as a moral compass for many. “ I knew her as an honest and caring mother who diligently served God and humanity to the best of her abilities.”

Governor Nyesom Wike of Rivers State who is a family friend described Mama Sarah Opara as an extra-ordinary woman of substance who lived a long but fulfilled life. He noted that the state had lost a true mother, an epitome of goodness and a dedicated humanitarian who’s “legacy of love, affection shall forever remain”. He described her as a kindhearted, inspirational woman who raised her children properly to be responsible and successful and a source of encouragement to many.

Speaker of the House of Representatives, Rt. Hon. Femi Gbajabiamila, Sokoto State Governor, Rt. Hon. Aminu Waziri Tambuwal and former Governor of Imo State, Rt. Hon. Emeka Ihedioha eulogized Mama Opara over the unique and upright fashion she charted the course of her children lives. . Ihedioha amplified deceased’s invaluable sacrifices towards the success of her children by effectively guiding them to rise to prominent positions in their various endavours.