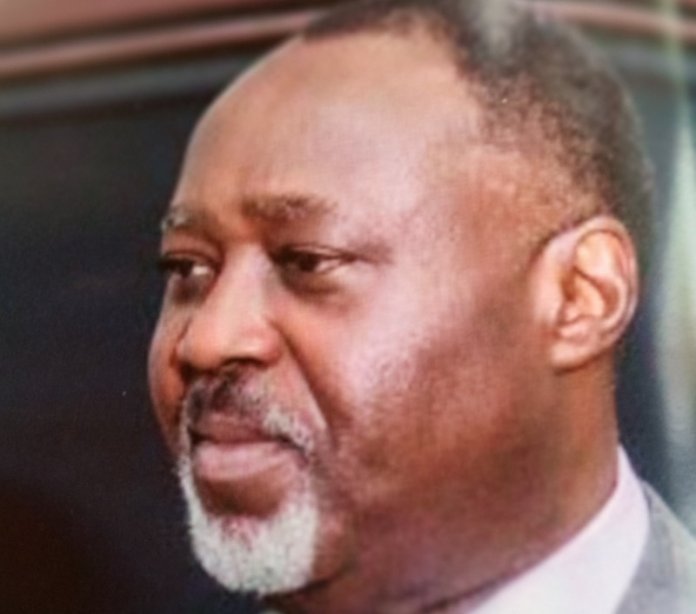 Inland Waterways Transportation System has been described as the best transportation mode in the world. This has been in existence from time immemorial by which man transported himself before other modes were used. River Niger and Benue have very considerable influence on many human activities as indicated by geographical and historical facts.

Thus, the imperatives of waterways transportation system in Nigeria economy, the potentials, challenges hindering its development over the years and role of National Inland Waterways Authority (NIWA) came to front burner during the just concluded 2020 Press Week of Nigeria Union of Journalists, Kogi State Council at NUJ Secretariat, Lokoja, the state capital recently .

The theme of this year’s Press Week was “Inland Water Transportation: The Untapped Potentials in Nigeria Economy” and was presented by Dr Anthony Danladi Ali, Department of History and International Studies, Federal University Lokoja.

Ali in his paper, encapsulated that Nigeria, which is well dredged by over three hundred inland rivers and waterways, has not been developed for transportion of goods and people. He stressed that it is imperative for the government to develop inland water transportation in Nigeria because it is cheaper, safer, more economically friendly, with less operating cost and cargo handling capacity.

The university don also higlighted in his paper some of the salient problems facing the Inland water transportation in Nigeria , stressing that there was a decline in water traffic. He pointed out that during the colonial era, precisely 1870 , commercial navigation and transportation into interlands of Nigeria grew with expansion of export trade, while
passenger traffic on lower Niger and Benue rivers also grew with increase in the volume of trade.

He argued further that with the construction of new roads in1920s and extension of the existing one in 1940s and with greater number of lorry available on the roads for transportation, water transportation came in serious competition with road transportation.

Ali further argued that research had shown that the third major problem facing water transportation in the country is poor infrastructure and operation facilities. The guest speaker added that it was for this purpose and to motivate the investors that the Nigerian government established the National Inland Waterways Authority in 1997, adding that unfortunately it has not lived up to its expection when compared with what happened under the Marine Department in the colonial and post colonial era.

Be this as it may, the university lecturer also enumerated the economic advantage of water transportation over other modes of transport. He stressed that water transport is efficient, affordable, environmentally friendly as waterways does not suffer traction. It is also suitable for bulky commodities such as iron ore, stones , gravel, cement, coal forest products, lower accident and cheaper cargo carrying capacity with other potentials such as creation of jobs and sustainable commercial activities.

Like he rightly pointed out, the federal government had established NIWA with a view to boost commercial activities along the coastal cities, towns and villages which will inadvertently create job opportunities for local demography in a way and change the political economy of the affected communities. Investigations further revealed that Nigeria has over 10000 kilometres stretch of waterways across Nigeria out which 3, 000 kilometres are navigable.

However in line with the federal government aims and objectives to boost economic activities through waterways transportation, help to boost Agriculture in along the riverine communities, the former president, Late Umaru Musa Yar’Adua-led administration approved approved substantial amount of money for the dredging of River Niger. At the flag off of the dredging of lower River Niger from Lokoja in Kogi State to Onitsha in Anambra State in September, 2009, he also approved the rehabilitation of existing river ports and construction of new river ports such as Baro , Lokoja river, Agwuata river ports while Onitsha, Warri and others were rehabilitated across the country.

In addition to these efforts, NIWA had consistently carried out maintenance dredging, while it had procured about 12 gunboats for security to be stationed at various outlet along the major waterways.

In 2017, the Minister for Transport, Romiti Chubike Amechi , while speaking at the flag of maintenance dredging at Ajaouka assured Nigerians that federal government was committed to unlocking the potentials of waterways transportation in country, calling the critical stakeholders to support the agenda.

A critic and social commentator, Mr. Mohammed Abubakar, who lauded the efforts of federal government to unlock various potentials of waterways transportation system, however tasked both states and local governments to give maximum support to the federal government, stressing that given the present scenario of an ailing economy and fall in price of crude oil at the international market now, there is no way the federal alone can single handedly finance waterways transportation in Nigeria.

In his remarks, the Managing Director, NIWA, George Moghalu, reiterated that NIWA will boost commercial activities through water transportation given the huge potentials of Inland waterways in Nigeria. Moghalu who was represented by the General Manager Marine, Joseph Ororo during the occasion corrected the impression by the guest lecturer who said that all activities that used to take place in those days are no longer taking place now as one of reasons he said there was decline in traffic as one of the first major problem hindering development of Inland Waterways transport system.

“But when we started having petrol dollars, money from the crude oil and all of that, suddenly government shifted its attention to the roads to the neglect of waterways. Then the waterways was no longer taken adequate care of, funding has reduced and a lot of infrastructure went moribund and if the waterway were no longer navigable at that time and a lot of activities became very difficult. The intended traffic was no longer there.

“The guest lecturer also alluded to the fact that we used to have Divisional Marine Officers (DMAROs) and Divisional Marine Engineers (DMAREEs) in those days, but are no longer there and qualified people are no longer there. But the fact remains that we still have them only with change of name such as Area manager, Marine Unit head, Unit head Engineering and up till now we still have competent qualified staff in the three main technical departments of Survey, Marine and Engineering.”

Still on funding, the NIWA boss noted that people may not see a lot of activities the way the people would have wanted it because there are challenges, adding that one of the major challenges is lack of adequate fund.

“Marine as you know generally is a very capital intensive business. If you want to dredge, imagine how much was used for dredging of River Niger at that time. Even now if you want to do maintenance dredging it would cost a lot of money. For craft, boats and vessels are also very expensive. So if you don’t have adequate funding how are you able to provide these things to be able to have traffic on the waterways.

“ But NIWA under the leadership of new the management had prepositioned itself to deliver more than the mandate. For instance, we are building barges not only that, we have “done barge”, which is a barge that cannot move on it own, it has to be pushed with a small boat or any other means. We also have self propelled barges we are building, which means that it has its own engine. We have top boats already and we have built passengers vessels.

“Under the watch of the present Managing Director, there is a lot that we are doing. But we can do more. If we have the kind of funding that the NIWA really needs to have, If you need like N5,000 and somebody brings N1, 000 that would not do the job. It would not be enough, that was the situation . This is not limited to NIWA alone. Almost all agencies are crying of lack of adequate funding.”

He poisted that across the country there is a total of 10,000 kilometres of inland waterways, “we not talking of coastal water, we are are taking about rivers and creeks that form our inland waterways. Out of this, only about 3,000 kilometres are navigable all year round. Out of the 36 states, 28 states can be accessed by water, which means we have a network of rivers. When well harnessed, we can move from here to Kebbi State and to Cameroon”.

On the efforts of the states government to partner the federal government and NIWA, he said “this may be very difficult now more so that everybody are crying of lack of funds. The issue is that the states may not have enough money to spend on waterways ,this not to say that some states are not really taking some measures. What I think to be a way out is public-private partnership, individuals, corporate organisations whether within or outside Nigeria should partner NIWA.

“The theme of the lecture of NUJ week was “The Potentials of Inland Waterways in Nigeria Economy”. The potentials are very huge for tourism and for damming purposes. With all these potentials, NIWA is inviting private sector to come talk to the management as it is ready to partner those who want to invest in Inland waterways transportation. It is win-win situation.

“Only recently, the Kogi State government inaugurated a committee that has to do with issues of developing the Inland waterways, the managing director spoke with Commissioner for Transport and there was a rubost discusion with the head of Private Public Partnership of the government. He stressed further that the potentials are there and there is nothing wrong in developing a ferry transport/passenger system between Lokoja and Onitsha and even further down.”