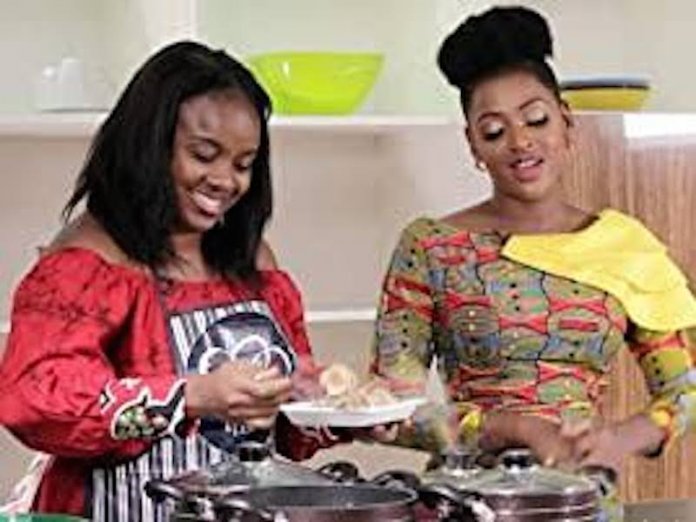 The new season of the culinary show, Urban Kitchen Show is set to creatively tell the African story from the food perspective, writes Yinka Olatunbosun

The bubbly pot of stew, fresh vegetables, assortment of African delicacies and the ever-busy chopping board inside the colourfulset of the Urban Kitchen Show are some of the usual sights inthis entertaining television series, parading A-list celebrity guests. In its fourth season, the tempo is high: the show has secured Power Oil as lead sponsor for this season. As it was in the previous seasons, the fourth season will have 26 episodes, run for six months and be anchored by Chinonso Arubayi as the hostess.

At a recent press briefing in Lagos, the Content Creator, Urban Kitchen Show, Mr. Omoluku Felix Daodu revealed that the 30-minute show would be broadcast simultaneously on both the terrestrial and digital television stations.

“Our aim of calling this press conference is to officially launch this kitchen on November 7 on 12 channels across Nigeria. The next season will be on TVC Lagos, RSTV Port Harcourt, KwaraTV, Ilorin, NTA Ibadan, ITV Abuja, NTA Kano, NTA Kaduna, CRBC Calabar, ABS Awka, and PRTV Jos, “ he began.

“This season we have a partner who shares this idea with us –Power oil they are the official oil brand and we are able to tell our stories from the food perspective. We are deliberate in choosing what we do. We do films, TV series and whatever we do we try to see it from the angle of food because the strength that food has over us as a people and our environment is comparable to sports.

“Food respects no religion or gender. We are going to bring the honourable minister of sports to talk on the show about the relationship between food and sports; and how food became the only means of survival during the COVID-19 lockdown.”

One of the highlights of the show is the Bargain Power Challenge with Power Oil which is the means by which the chefs/cooks, who participate in the show, are selected. Typically, the host introduces the show, giving the background of the cook for the day. She ushers the cook into the studio and discusses the meal of the day.

During each episode, the cook is put under financial pressure and has to negotiate his or her budget. In the course of the programme, viewers get to watch documentary footages of the cook in the market, negotiating the purchase of ingredients for the meal of the day.

The nutritional value of the meal would be reviewed after the preparation by a top African celebrity, with good cooking culture. The appearance of the celebrity usually comes as a surprise to the cook, bringing a twist to the plot.

Opeyemi Awojobi, the Product Placement Manager and Sponsorship Head, Tolaram Group, known as the producers of Power oil, eulogises the oil brand while emphasizing that the show aims to teach Nigerians on how to prepare healthy and culinary satisfying meals within budget.

“Power oil is Nigeria’s number one cooking oil. It is known and associated with health. It is built with zero cholesterol and fat. Power oil is fortified with Vitamin A and E. The way to a man’s stomach is food but the way to a man’s heart is power oil. I’m glad that Power oil is a part of this initiative. Our target audience essentially are the women. They care for the home and most women watch women programme. Regardless, we want to pass the

healthy message across to the entire family.

The programme also centred around cooking within a budget. Power oil has the package that suits each family’s budget. Many Nigerians buy unbranded oil that they are sold in bottles. Bottles that may have been picked from the gutters, parties and there are billions of germs in those bottles. And many cook with that. There will be lots of giveaways during the show,” he said.