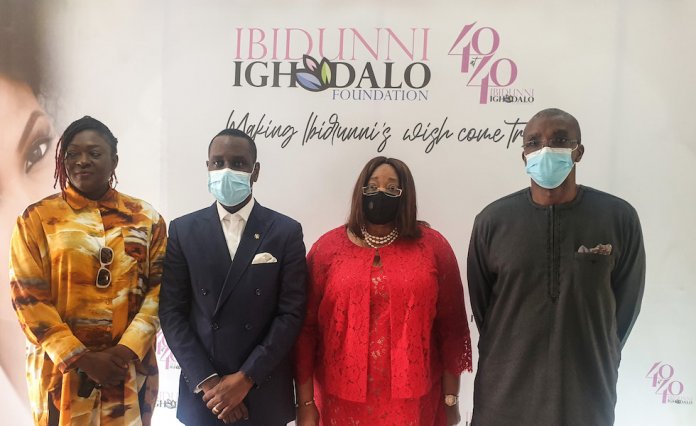 Ibidunni Ighodalo Foundation (IIF), through its Project 40at40 in accordance with the wishes of the late founder, Mrs. Ibidunni Ighodalo, has awarded 40 couples In-Vitro Fertilisation (IVF) grants.

The 40 couples were presented their certificates of grants at a breakfast held in Victoria Island, Lagos, last Friday.

Addressing the beneficiaries, the Chairman of the foundation, Pastor Ituah Ighodalo, said with the over 1,500 applications received during submission, it confirms the urgent need for intervention in this regard.

He explained: “This is what prompted Ibidunni to set up this foundation; the large number of people going through fertility-related challenges, and the fact that treatments are usually in the millions, which many cannot afford.”

Part of the criteria for the beneficiaries the chairman listed are, “You have to be married for about five years and have no child. We were looking for indigent people but also people who could afford to look after a baby if the baby was born. We tried to select by age. Slightly more older people were given a bit more consideration. Coming down to 40 was very tough.”

While stating that it is an annual project that may subsequently do between 10 and 12, Ighodalo noted that the late Ibidunni had other projects like Baby’s Day Out – where they look for indigent mothers and their babies to provide for them; visit hospitals to bless the new babies that are born especially in the New Year.

“I’m hoping that by God’s grace we will open a mother and child centre in Ibidunni’s name,” said the chairman.

According to the pastor, the benefitting couples are from, “I’m sure there are people here from Abuja, Port-Harcourt, Kano, Kaduna, Ogun states among others. We expect that we will go through about N100 million in doing this because the average treatment we are doing here is about N1.4m.

“If they need an egg donor, then it goes up to about N1.8m. Aside from that, there are others tests they need to do that we need to support them with, that’s spending about N2m on each couple. We already spent almost N10m on them in getting the test done.”

While thanking all well-meaning Nigerians and corporate bodies that donated towards this cause, Ighodalo on behalf of the foundation beckoned on others to keep the donation coming in order to help bring the dreams of couples to life.

Speaking also, the Executive Director of the Foundation, Ms. Adedayo Richards, acknowledged the patience of the awardees through the selection process, thanking them for applying and thereby making the founder’s dream come alive.

“The 40 couples selected will now begin their process of assisted reproduction, IVF and other fertility treatments, sponsored by the Ibidunni Ighodalo Foundation,” she announced.

One of the benefiting couples, Mr. and Mrs. Abiodun Samuel Omodunmiju, who have been married for five years without a child, expressed gratitude to God and the foundation.

“It hasn’t been really funny being without a child. Pressure here and there, but thank God. I am very much excited about this day. It’s a privilege. It’s such a great grace out of over 1,500 couples that applied we were shortlisted after the medical test and interviews and all other considerations. It’s just a great testimony.”

Adding her voice, his wife – Abiodun – exclaimed, “Wow! I thank God for making it possible. It’s good to have a supportive husband. Once he is supportive, you don’t think or look at what other people are saying.”

The Omodunmijus are one of the couples benefiting from the 40at40 project of IIF, a non-profit organisation created to raise awareness on issues pertaining to infertility. It aims to provide grants for couples that require fertility treatments such as IVF and intrauterine insemination.

They also provide the necessary psychological and spiritual support that couples require to deal with the pressures faced during the journey to conception. 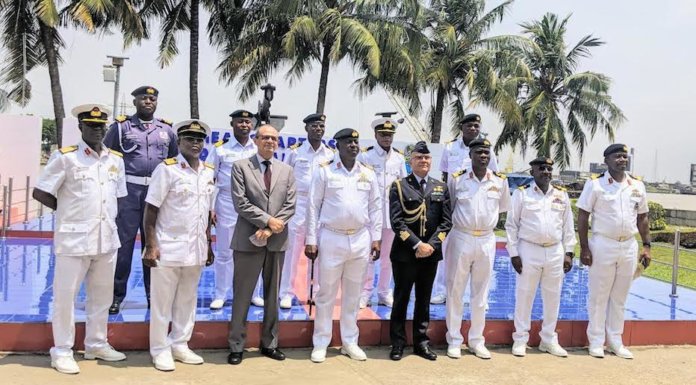