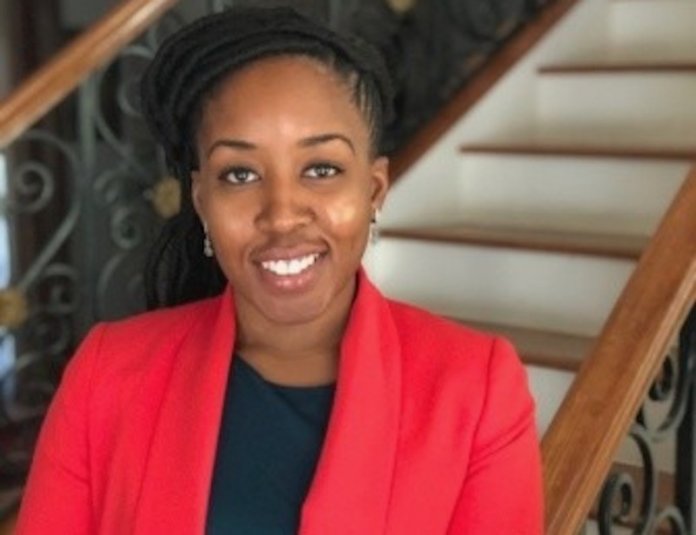 A personal account of the youth-led protests and the violent response in Lagos, Nigeria.

At 6.43 pm on Tuesday 20th October 2020, my family and I watched helplessly from our balcony onto the Lekki tollgate as we heard the ringing of gunshots and screaming in the dark. Little did I know that when I travelled to Nigeria – my birth country – in March to complete my dissertation on protests in contemporary Nigeria that I would witness such a significant protest movement rise up.

Prior to the Lekki tollgate shooting, I had spent nearly two weeks listening with pride each morning to the sounds of the protesters through megaphones and music sound systems. Originally protesting to end the Special Anti-Robbery Squad (SARS), known for extortion, rape and extrajudicial killings of innocent Nigerian youth, whom they disproportionately target –accusing youth with mobile phones, laptops or even dreadlocks of cybercrime – the protests were now about wider issues of police brutality.

In my dissertation, Civic Activism: On the Nature and Scale of Protests in Contemporary Nigeria (2010 – 2020), I analysed over 3,000 reported Nigerian protest events, from the Armed Conflict Location and Event Dataset. I supplemented this with my own dataset of 80 mapped events and interviews with protest leaders and others to gain a greater understanding of protest movements in the country.

Nigeria, a country with no shortage of grievances, is no stranger to protests. Its long history of civic activism can be dissected into three distinct waves. The first wave sought to bring an end to colonial rule. The second wave called for democracy and struggled against military rule. The third wave is on-going with the number of protests rising in recent years, on issues related to the quality of governance, economic justice and austerity, and human rights – in particular the government’s poor response to insecurity.
Yet most of these protests remained relatively small and were neither sustained nor went to scale, with the notable exception of Occupy Nigeria.

The 2020 #EndSARS protests felt different and were able to gain momentum and scale for several reasons. First, these youth-led protests were highly decentralised, with neither the usual trade unions nor civil society organisations at the helm. Using online tactics to mobilise offline events, there were no clear, identifiable leaders, yet the protests rapidly spread across the country. Secondly, the protests did not initially pose an immediate threat to the government. The protests focused on police brutality, whereas protests that challenge the government more directly such as #RevolutionNow have regularly been dispersed or suppressed. Arguably, the pent-up anger of police harassment during the COVID-lockdown also played a role.

I joined the protesters with my sister at Lekki tollgate as our family too like so many others, had had a life stolen as a result of police brutality in Nigeria. My Uncle, Modebayo Awosika, was murdered by police on 1st October 2008 leaving behind my Aunt, and their two daughters at the time aged 8 and 4 years old.

2020 was not the first time Nigerians had protested against SARS. The Inspector-General of Police responded to protests in 2017, 2018, 2019 and finally again in 2020 by either curbing SARS’ responsibilities or rebranding the unit. However, each time SARS regressed to their criminal activities of extortion, rape and extrajudicial killings. It was this repetitive history that made the protesters hold their ground this time until all demands encapsulated by the hashtag #5for5 were met.

Despite no identified leader(s), the protests were very organised. Women emerged with prominence, such as Aisha Yesufu and The Feminist Coalition. The Feminist Coalition successfully raised nearly 148 million Naira in two-weeks, despite the Central Bank of Nigeria blocking their accounts, claiming funds were used for terrorist activities. The group instead received Bitcoin donations as endorsed by Twitter CEO Jack Dorsey, and in a country known for its corruption, they gave daily reports of how the funds had been spent. Various individuals mobilised free legal aid and medical care for protesters, and even free mobile phone charging points at the protest sites.

The unexpected 4pm curfew was announced at 12pm on Tuesday 20th, then extended to 9pm to allow people time to get home. Most people respected it, but some protesters remained. At 5pm I looked over at the tollgate to see the numbers had swollen from earlier in the day. Announcements were made for women to head home if they did not feel they could last until the following morning. Around 6.40pm, the streetlights and billboard above the tollgate which are always on had been turned off, it was pitch black. The tone of the crowd changed, I heard someone on the megaphone instructing the crowd to remain calm, not to run and stay seated. I assume this is the time the soldiers approached them. Then the shots began.

DJ Switch has also emerged with prominence through the protests, following her documentation of the events through her Instagram Live feed. Over 122,000 people watched on as she struggled to save people with little concern for her own safety. It appears all that could be done at that moment was to tag various international organisations to ensure that the world saw what happened and hope lives were not lost in vain.

The next morning, I woke up to silence. There was no music, no megaphone, no singing of the national anthem that I had become accustomed to over the last two weeks. Instead, a different group of youths rampaged through the city, unrestricted by the absence of security forces on the streets, carrying out arson attacks and lootings. These events were not in the name of the #ENDSARS movement and bore no resemblance to the peaceful protests that had persevered until that fateful day, now known as Black Tuesday.

In the aftermath, a new symbolic Nigerian flag had been born. The white which stood for peace is replaced by red, representing the blood of the fallen. In a country often divided by religion or ethnicity, we have seen that unity is possible; the country will never be the same. Where does Nigeria go from here? One of my dissertation arguments was the limited ability in Africa to protest through the ballot box – due to challenges of election rigging, clientelism and voter registration – this constraint contributes to the increased number of protests. Youth groups have now been incentivised to take the energy of the #ENDSARS protests to start strategising for the 2023 elections, whilst continuing to ensure the #5for5 demands are met.

This shows the youth are not discouraged and will work to make Nigeria great – for country and for all.

– Salewa Akomolafe has recently completed her Masters in Governance, Development and Public Policy at the Institute of Development Studies, Sussex, UK