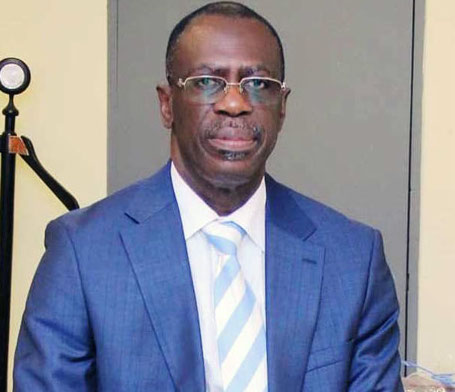 Oluchi Chibuzor
The Executive Director (ED), Nigerian Institute for Oceanography and Marine Research (NIOMR), Dr. Sule Abiodun has reiterated that the nation can meet the demand of its fish consumption considering the massive training of fish farmers in the country.

This is coming as fish contributed to the nation’s composite food index which rose by 16.66 per cent in September 2020 compared to 16 per cent recorded in August 2020, according to the National Bureau of Statistics (NBS).

Speaking at a recent training for over 100 participants selected from different zones in the Niger State, North Senatorial District, the ED said if the massive budgetary allocation for zonal intervention projects across the country by the federal government was sustained, the nation would meet its fish demand.

He said because the population of the country was heading towards 250 million people, training more fish farmers became paramount to reduce importation of fish in line with the mandate of the institute.
Represented by Mr. Ayabu Cookey, he explained that as more Nigerians are trained on fish production, the institute would leverage vast water resources available to engage into cage culture farming.

“The increase in the fish army that we are training is a simple economics because once supply outweighs demand the cost will fall. This is how we can approach the food inflation trend in Nigeria and the entire Gross Domestic Product (GDP) of the nation.

“As a world class institution, we have been into fish research especially in Aquaculture since 1975 and have a vision and mission to drive this industry and that is why we put a premium on international training of our researchers. All these farmers that are trained would help reduce the fish demand in the country,” he stated.

On their side, beneficiaries described the intervention project as a timely response in view of the pandemic.
“The programme is intensive as it would benefit us and the entire community. We were given fish for feed, scoop net, and other necessary things needed for the successful operation of fish farming business in these trying times of the Nigerian economy.

“This will make us self-sufficient and self-reliant, with this training one can start something and train other youth within our community,” one of them said.

Commenting on the significance of the training on the fish value chain, Senator Aliyu Abdullahi, stressed that the project was in line with the government diversification drives into agro-economy initiative.

“We are just trying to key into the federal government’s plan of diversification taking into account the population rate and the supply of fish is not sufficient. So all this is to contribute our own quota into the main fish production for the consumption of the populace.”