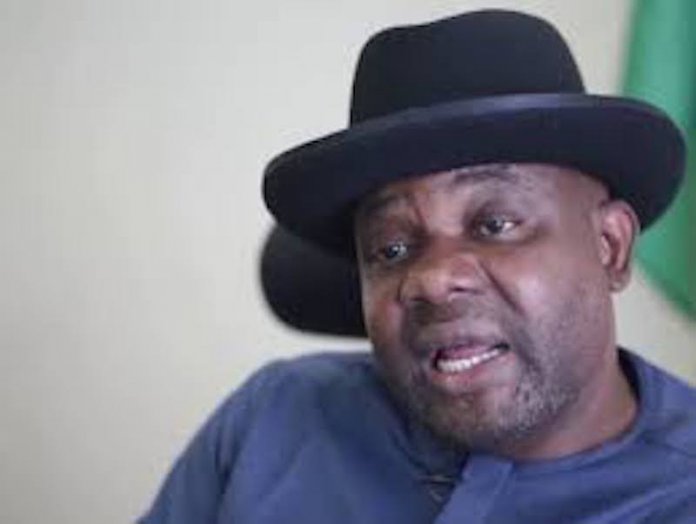 •Outlines steps to rebuild party ahead of next election

The Caretaker/Extraordinary Convention Planning Committee of the All Progressives Congress (APC) has warned that the main aim of dissolving the immediate-past National Working Committee (NWC) of the party will be defeated if the party goes into a national convention in a crisis.

The Deputy National Publicity Secretary, Mr. Yekini Nabena, in a statement yesterday, said the focus of the committee is on achieving and sustaining lasting unity, peace and reconciliation in the party ahead of the planned national convention of the party.

He spoke against the backdrop of a groundswell of opposition by APC members against an alleged plot to extend the tenure of the committee beyond December.

The ruling party, during an emergency National Executive Committee (NEC) meeting in Abuja on June 25, had dissolved the Adams Oshiomhole-led National Working Committee (NWC) following a protracted leadership crisis. It set up a committee to manage the affairs of the party in the interim.

The 13-member caretaker committee, headed by Yobe State Governor, Mr. Mala Buni, was given six months to complete its assignment, including organising a national convention for new leaders to emerge and also to reconcile aggrieved members of the party.
Due to the perceived inaction of the committee to roll out a timetable for the convention, a group, Concerned Members of the All Progressives Congress, warned the caretakers not to stay beyond December.

Reacting to the developments in the party, Nabena said: “It is important that the APC conducts its planned national convention to produce the party’s national leadership as a united house. Otherwise the main aim of constituting the committee following the dissolution of the immediate-past National Working Committee (NWC) will be defeated.
“The planned nationwide registration, update, revalidation of the party’s membership register will undoubtedly cement the APC’s political and numerical status as Nigeria’s largest political party.

“Also, the committee has resuscitated the party’s internal dispute resolution mechanisms and has set up reconciliation committees for Oyo, Edo, Ondo, Imo, Ogun and Ekiti among other states chapters with reported disputes.
The committees are already meeting with the key stakeholders in the various states and have achieved substantial reconciliation in many states.”

Nabena said ahead of the planned APC national convention and the 2023 general elections, stakeholders should continue to support the committee’s efforts to unite the party in order to make it formidable enough to consolidate on its national governing status and landmark achievements.
He added that the ruling party must not go into a national convention and general elections in crisis.

“We should take it one step at a time and ensure that the ongoing national reconciliation process being undertaken by the committee is sustained, successful and continue to yield results,” he added.

PGF: Party Ahead of Others in Internal Crisis Management

Meanwhile, the Director-General of the Progressives Governors Forum (PGF), Dr. Salihu Lukman, has rated the governing party far ahead of its political peers in terms of being liberal with strong internal contestations.

He, however, warned leaders of the party against complacency, saying APC should be ideally encouraged to consider testing political proposals meant to deepen democracy.
Lukman, in a statement in Abuja yesterday, also stressed the need for the party to open up its structures and invite Nigerians to join it.
He said: “APC is far ahead of its political peers in terms of being a liberal party with strong internal contestation.

“But such liberalism is yet to produce the corresponding requirement for interest representation and negotiation within the party, which is responsible for why our elected and appointed political leaders in the party estimate citizens’ demands as disagreement and subversive when it doesn’t correspond to their positions.

“It is also why fellow party leaders would appear intolerant to positions of other party leaders regarding both citizens’ demands and internal disagreements.”
He said there is the need to appeal to Nigerian leaders at all levels, especially in APC, to liberate themselves and shed off any fear of citizens’ engagement, internal disagreements, political negotiations, and the possible compromises that may emerge both within the party and in the country.

He said the fear of citizens’ engagement and political negotiations is largely what is emboldening political opponents whose credentials on this score are anything but attractive.
Commending the efforts of the party leaders at various levels of party structure, Lukman appealed to all members to support the efforts to retain its progressive status.

According to him, “Our leaders have broken the country’s political ice twice. They have led us to negotiate the first successful merger of political parties in the history of the country.
“They have also led us to successfully negotiate a major leadership crisis of existential magnitude, which is arguably the first of its kind that has not led to a breakaway and split in the party.”