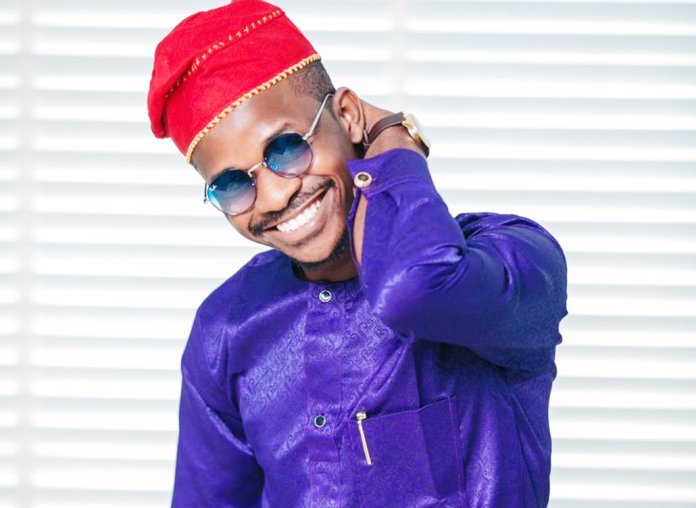 Ademola Ajibola, popularly known as Ademola MoreKlue, is the founder of MoreKlue All Youths African Awards (MAYA Awards Africa). He is also the co-founder of Oduduwa Movies and Music Awards (OMAMA) and the Head of Content at PlayHauz TV, the movie and content production and marketing arm of the MBC Limited. Ajibola talks to Tosin Clegg about his journey into media and entertainment, kicking off his awards, challenges, success stories, other projects and more

Childhood for me was good and bad. I lived the rich kid’s life and equally the poor kid’s life, so I’m a beautiful blend of both worlds. I schooled in Osogbo and Ibadan and ended up with a degree in Economics from Osun State University. I’m the first son of my parents’ three children.

I have always wanted to be a banker or professional at something. The childhood dream was to be a rich banker or scientist, but along the line I changed my pattern and here we are today, as a media personality. I used to see my dad and mum in suits and corporate attires. I felt that’s where the world ended. However, while I was in secondary school, I chose sciences over all, as I was very good in physics and chemistry, but along the line, I developed love for movies, music and media. So, I still went on to university to study Economics, as I’ve always wanted and I kept chasing my dreams in the entertainment and media world.

My first baptism of fire was in 2006 when I had my first show. It failed and a boss of mine, David Ajiboye, gave me a platform in Nigerian Tribune newspapers to publish my interviews. From there, I moved to other aspects of media and started developing contents and materials. I picked interest in scriptwriting, as Wale Adenuga Productions was our Thursday and Saturday “stay at home” champion with the “Superstory” and “Papa Ajasco” series respectively. At a time the platform was asking writers to send in short stories and scripts. My first show in 2006 failed woefully, and then in 2010, as a final year student, I had a bigger show with superstar acts in Osun State. And that’s where it picked up. Today, I’ve done over 30 events and gigs across Nigeria and have gone on to do several media assignments in West African countries.

MAYA Awards was out designed to celebrate hardwork and excellence in young people. While in University, I had a show in December, 2010 which was MoreKlue Entertainment Awards Night. So, after I graduated and chilled for a while, I restarted the award on a national scale as Moreklue All Youth Awards, in 2014. From then, we’ve gone on to push and today, we have spread into nine African countries, the USA, the UAE and the UK, and we are still pushing to enter into more nations and continents.

The challenges are enormous and quite tasking. We have won, and we have failed. I’ve crashed, I’ve risen. So many friends have become enemies, while many enemies have become friends. While some people think some people win my awards because they are friends, some will think some people won because they paid. Too much vexations by people who will rather assume someone like this should win, yet won’t even vote for the same someone. MAYA Awards has changed my level and it has caused me endless sleeplessness. I’m just happy that God has helped me to consistently move the brand from an “Ibadan brand” to a “continental brand” and we hope we’ll get to be an “international brand” soon. I have five Commissioners of Youths, in Nigeria as personal friends and that goes to tell me always that I’m a true youth that represents the interest of millions of youths in Nigeria. We have for six years sustained the platform without sponsorship from any brand.

I want to touch lives

There is poverty in the land and I’ve been there. I grew up in Oke-Ado, a hood in Ibadan that is for the lowest class of the society. We could count the number of rich men in the area then. So, as I was growing, I’ve always promised myself to make life better for all the people I meet on the way to the top. I want to touch lives; I want to see kids through school. I want to make widows happy and make life easy for the vulnerable and poor. We have tried our best to get to work since we kickstarted and I’m proud of how far we’ve come. We have turned the MAYA Foundation to ATA Movement now and we keep on with a sole goal of, pro bono publico (for the public good).

My political agenda is to make life better. I personally don’t buy the idea of complaining all the time about bad governance. We need to come forward with our ideas and strengths to make a better society. For me, I’m done complaining and want to start acting. I’ve decided to run in 2023 for a legislative office and I hope and pray and I’m working towards it to liberate our people. The A.T.A Movement is the vehicle we are using to bring our dreams to reality.

My Book of Moreklue stories is just an expository on the life I’ve lived for three decades. There are many misconceptions about me and my activities, and I’ve carefully addressed all of that in this new book. I write a lot and I felt it’s high time I spoke about all that’s happened to me in a full note. The book as I opined, is to be a hustler’s guide. There are too many lessons to learn and too many experiences to share. I strongly believe everyone should read it. I’d release the book in 2021 by God’s Grace.

I have a fashion house, TT Curtz, where we make men look like kings. My native attires are made by my company. We have Kokoka Footies, a footwear label and also Playhauz Studios, an online TV house. I produce movies and I also consult on PR and event services for people and brands. Also, I’m unveiling my new businesses and having a small party to celebrate it. We would have done a mega show but COVID-19 told us no, so next year, we’d return with bigger events. We only pray sponsorships come.

I know God didn’t make me out of sand for nothing and I strongly believe he will keep supporting, financing and advancing me. Where I’m headed, I don’t know, but I know as I’m in His almighty hands, I can’t be stranded nor useless. My ideology is simple. I want to make life better than I met it and treat people right. I mess up and have my flaws too, but I want to keep my people as my people always. I don’t think life is to be held or handled seriously as we won’t make it out alive. I live every moment by taking lots of pictures and making lots of videos so that when I’m no longer here, people will smile as they remember me. The world has evolved and we should evolve too if we really want to move ahead as a country and as a people.