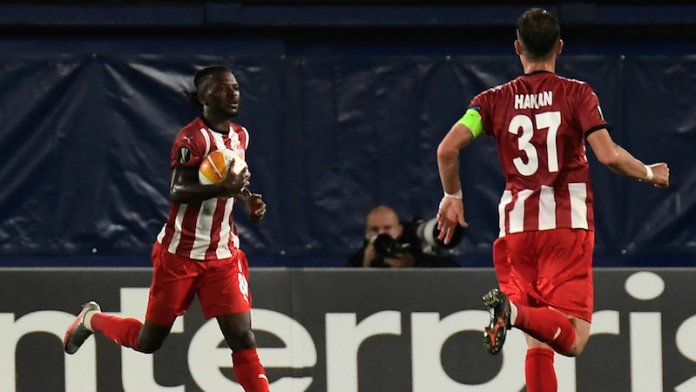 Kayode, who was brought on in the 59th minute, netted with two minutes left in the game to double the Turkish club’s lead.

Sivasspor took the lead thanks to Caner Osmanpasa just 11 minutes into the encounter.

The win saw Sivasspor occupy third position in the group on three points.

In Group D, Joe Aribo was in action while Leon Balogun was benched as 10-man Benfica forced Rangers to a 3-3 draw in Portugal.

Aribo played for 69 minutes before making way for his replacement while former Manchester City defender Nicolas Otamendi was sent off with Benfica 1-0 up.

An own goal by Connor Goldson in the 2nd minute put Benfica 1-0 up but Rangers equalised via another own goal on 24 minutes by Diogo Goncalves.

Goals from Glen Kamara and Alfredo Morelos on 24 and 51 minutes respectively, put Rangers 3-1 up.

Despite being a player down, Rafa Silva (77th minute) and Darwin Nunez (90th minute) scored to help Benfica snatch a share of the spoils.