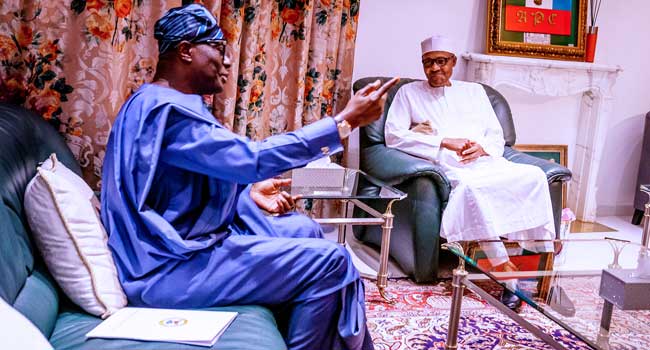 The Governor of Lagos State, Babajide Sanwo-Olu, has presented a report detailing the level of destruction by hoodlums in Lagos to President Muhammadu Buhari.

The presentation was done in the President’s office in the Aso Rock Presidential Villa, Abuja, on Friday.

The governor, however declined to take questions from State House Correspondents at the end of the meeting.

But a tweet on the Presidency’s verified Twitter handle, @NGRPresident, revealed the reason for Governor Sanwo-Olu’s visit to the State House.

“President @MBuhari this afternoon met with Governor @jidesanwoolu of Lagos. The Governor presented a Report on the extent of the destruction suffered by Lagos State in the aftermath of the ENDSARS protests. #AsoVillaToday”, it said.

Recall that Ministers from the South west who were directed to relocate to their home states for the purpose of dousing the tension created by the #ENDSARS protests and the lawlessness that followed, recommended a thorough investigation into the Lekki Toll Plaza shooting incident particularly the role of the military.

In their report presented to the Federal Executive Council (FEC), they had also recommended that the federal government should assist businesses affected by arson and looting in Lagos and other parts of the country through the Central Bank of Nigeria and the National Economic Council (NEC).

They specifically recommended the use of the CBN Intervention Mechanism under the COVID-19 funding or any other related funding mechanism to assist victims of the arson attack across the country, beginning with Lagos State. 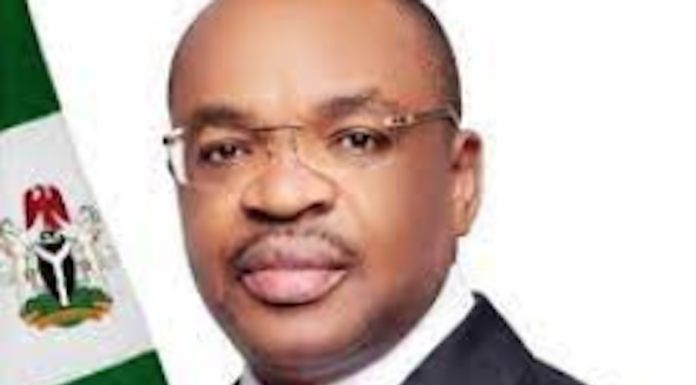