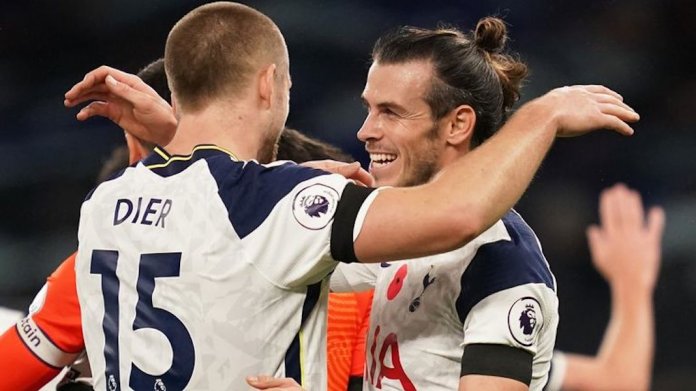 Gareth Bale will hope to use tonight’s Europa League game against Ludogorets to further sharpen his fitness following his return to Tottenham, while Arsenal and Leicester can take a step towards the knockout stages with a third win in a row.

Bale, 31, scored his first Spurs goal in seven years since rejoining the club on loan from Real Madrid to earn Jose Mourinho’s side a 2-1 victory over Brighton at the weekend.

The Welshman is gradually working his way back to form after a knee injury delayed his second debut, with his only starts for Tottenham so far coming in Europe.

“I’m feeling good,” said Bale. “I’m getting a lot fitter, obviously it’s been good to get a couple of starts in the Europa League, getting more minutes (Sunday) will benefit me again.

“I’m staying patient, I know I have to build my match fitness, it’s been a while since I put a couple of games together, so I’ll continue to work hard in training every day, and in the games when I’m given the chance.”

Spurs must hit the reset button after a limp 1-0 defeat by Antwerp in Belgium last week left Mourinho unimpressed, and bemoaning not being able to replace the entire team at halftime.

They visit a Ludogorets side hunting their first points in Group J after Elvis Manu’s hat-trick came in a 4-3 loss for the Bulgarians at Austrian outfit LASK Linz on matchday two.

Arsenal will be on course for the last 32 with victory at home to Norwegians Molde. Both teams have six points in Group B.

Pierre-Emerick Aubameyang’s penalty earned the Gunners a 1-0 win at Manchester United on Sunday – their first Premier League victory at Old Trafford since 2006.

“We are creating expectations as well because we beat United and then we beat Chelsea, and then we beat Man City, then Liverpool in the cup. We want to build them all the time,” said Arsenal coach Mikel Arteta.

“We need to generate the belief that we can go to any ground and be competitive. It’s something that we’ve got already, in my opinion.”

Leicester have shrugged off last season’s collapse that saw them fall short of the Champions League by winning five of their first seven games in a top-flight season for the first time in their history.

The Foxes have beaten Zorya Luhansk and AEK Athens in Group G and next host Braga, who also have six points after two rounds.

Serie A leaders AC Milan put their 24-match unbeaten run on the line against Lille, who are second in Ligue 1 and also yet to lose in any competition this term.

Celtic host Sparta Prague in the other game in Group H, while Steven Gerrard’s Rangers are chasing a third win in as many fixtures away to Group D frontrunners Benfica.