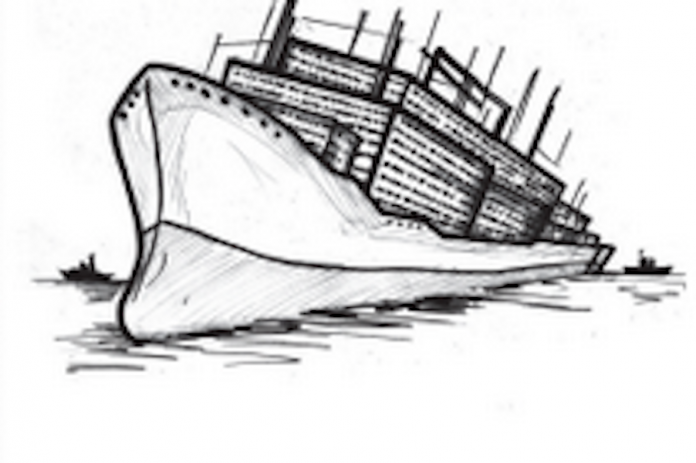 The authorities could do more to contain the menace

The arrest last week of a group of Nigerian stowaways who allegedly hijacked a United Kingdom-bound ship after a 10-hour standoff should worry maritime stakeholders. Although the alleged culprits have been granted bail pending trial, the UK authorities believe the stowaways boarded in the port of Lagos through the vessel’s rudder trunk, an opening near the ship’s hull. We therefore call on the government to take the problem more seriously so as not to further imperil the maritime sector already beset by bigger challenges.

A recent report by the International Maritime Bureau (IMB) revealed a 40 per cent increase in the number of kidnappings in the Gulf of Guinea in the first nine months of 2020, compared with the same period in 2019. This is just as the Nigerian Maritime Administration and Safety Agency (NIMASA) Director-General, Bashir Jamoh disclosed that the agency’s investigation had revealed that Somali pirates were now active in Nigerian waters and the Gulf of Guinea. To say the least, this spate of attacks is worrisome as it has given Nigeria and other countries in the Gulf of Guinea a very negative image in the comity of maritime nations.

According to the IMB, there were 132 reported attacks since the beginning of 2020, up from 119 incidents in the same period last year. “Of the 85 seafarers kidnapped from their vessels and held for ransom, 80 were taken in the Gulf of Guinea in 14 attacks reported off Nigeria, Benin, Gabon, Equatorial Guinea, and Ghana”, stated the IMB. By the end of the third quarter, according to the report, seafarers listed 134 cases of assault, injury, and threats, including 85 kidnapped crewmembers, while 31 were held hostage onboard their ships. In addition, some 112 vessels were boarded, and six were fired upon, while 12 reported attempted attacks.

Nigeria and the Gulf of Guinea are not new to piracy and maritime criminality. In recent years, efforts aimed at taming the ugly menace by governments in the Gulf of Guinea have not yielded any tangible results. Terminal operators have at different times complained about the cost of hiring private security personnel to man their facility owing to the increasing spate of armed robbery attacks on vessels calling at their terminal. The Nigerian government seems helpless despite the huge sum of money being thrown at the problem.

For example, NIMASA spends $174,000 (N67.86 million) monthly to hire security patrol vessels. Also, in late 2017, the federal government approved a $195 million maritime security contract with an Israeli firm, HLS International Limited. The contract was in line with efforts to curb increasing criminal activities such as piracy, sea robbery, kidnapping, oil theft, illegal bunkering, smuggling and illegal trafficking in drugs and persons within the Gulf of Guinea, especially Nigeria. Under the initiative, the government was supposed to have commenced the deployment of security assets first week of January this year to curb maritime criminality.

However, the situation seems to be getting worse. Apart from reducing the number of vessels calling at the nation’s seaports due to the fear of an imminent attack, piracy has helped in no small measure to increase the cost of doing business in Nigeria as ship owners and the consignees now charge higher than they do for other countries. The huge costs are eventually passed off in the cost of freight to the final consumer. The high number of lives lost to such crime aside, piracy drives fear into shipping practitioners, especially ship captains and master mariner.

While there is unanimity among shipping practitioners that sea piracy cannot be totally eradicated, it is also a fact that with concerted efforts by all the relevant stakeholders, the menace can be minimised in our country.