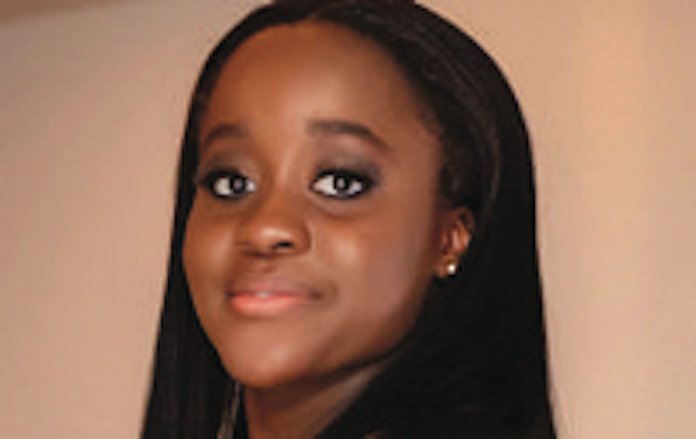 Facing the glass entrance of the imposing building that is Lagos City Hall is a little observed memorial to an elder stateman of Nigeria. The memorial bust is a tribute to Dr Isaac Ladipo Oluwole O.B.E (1892-1953) and was erected by the Public Health Society of Nigeria in appreciation of his very great health care initiatives to Lagos and the nation. The placement of the monument is significantly strategic as it showcases the pioneering and all embracing spirit of our founding fathers who faithfully occupied public office.

Lagos City Hall was established in 1900 as the secretariat to the Lagos Island local government and since then it has gone through several rebirths. Now It must go through another rebirth after being destroyed by looting and arson as rioters hijacked the peaceful #EndSARs protests initiated by our disaffected youths.
It is one thing to observe the impact of wanton destruction on an unfamiliar place in an unfamiliar city, it is quite another thing to see an admired edifice that holds personal memories succumb to the fight for justice.

Twenty-seven years ago I got married at the Lagos Island marriage registry which was then situated in the City Hall complex. I recall happily walking along the corridors as a newly-wed celebrating with delighted family and friends in what at that time was the Lagos Island local government headquarters. I also worked there as recently as 2 years ago when I joined in the social reformation work of the likes of Incubator Africa Ltd and the Education Hub under the strong leadership of social reformer Mrs Alero Ayida-Otobo who provided vision and support to young and emerging social entrepreneurs.

Lagos City Hall is the birthplace for a healthcare inequality platform known as Justice in Healthcare Initiative and from this has emerged the soon to be published book “Nigeria’s Econo-Me” which outlines proposals to reform our healthcare system. City Hall is also the birthplace of my like minded friend’s vision to provide comprehensive primary healthcare free of charge to the impoverished and underserved population dwelling in the Lagos Island vicinity (Fruitful Vine Clinic).
Lagos City Hall is a public asset that was built using public funds and it therefore belongs to the public as a civic asset. At law such assets are held on trust for the public and they are expected to be used for the common good of the citizens of the state.
Although City Hall was renovated quite beautifully in 2009 unfortunately since then this civic building has not provided services to the general public as one might expect. Instead the edifice has been converted to a commercial entity that collects high commercial rents from all its tenants regardless of whether or not they are providing charitable services.

One of those tenants should not have paid any commercial rent at all. That tenant is Fruitful Vine Healthcare Initiative whose God fearing founder is Shola Adeyemi-Bero, a fellow lawyer that I met at the Nigeria Law School 32 years ago. Shola is the daughter of the first secretary of the First Military Administrator of Lagos State and the visionary of the free at the point of use health centre set up to provide medical and preventive care to children and women of child bearing age. The clinic also has a mandate to help the elderly manage chronic diseases like high blood pressure, diabetes and arthritis.
Shola’s observation of the squalor in the city coupled with her belief system led her to set up a state of the art licensed medical facility, at her own personal expense, for the use of the underserved community members.

I watched her as she converted the office space diligently to the high standard blue print that was in her mind. I observed that the end result was world class and that I for one would be comfortable accessing the services myself. This was no dingy back office – light poured in as the white fittings reflected the sun rays that hit the surfaces during the day time.
Shola’s attention to detail, her focus on identifying competent staff and her excellence was commendable. We were both excited to see the first medical practitioner, lab scientist and mid-wife come on board. It was even more exciting to see the patients slowly but surely emerge from the community and begin to access the medical care provided for their wellbeing.

Shola delved into areas many observers did not expect – her keen eye spotted infant patients that were malnourished and her driven focus helped her to obtain the scarce plumpy nut nutrition recovery formula distributed by aid agencies.
Ultimately thousands of patients attended the clinic and each patient’s medical intervention was captured on their electronic health management system. Fruitful Vine’s pioneering electronic system was a testament to their innovative spirit. Shola garnered as much medical equipment as she could to meet the needs of the community; the ultrasound scanner; the audiology equipment; laboratory analysers; electrocardiogram machines… all costing millions of naira. The day to day operation of the clinic was possible because of the supportive network and donations of those who were moved into action by the clinic’s good works.

As an eye witness I observed a heavily pregnant woman who was unable to afford the one thousand naira registration fee at the Onikan Primary Health Centre being directed to Fruitful Vine by a passer by. As she waited in the free clinic she suddenly stood up and commenced to give birth even though the facility is not a hospital. Thankfully the lives of mother and baby were saved on account of the capable doctor and the foresight of the founder, who had a birthing kit available in the clinic just in case such an emergency arose. When eventually the new mum and child returned to their home – a rented space on the floor of the nearby market…. I wondered to myself, what if the clinic was not there?
Sadly what I wondered about on that day has become our reality. The Fruitful Vine Clinic was looted and vandalised on the 21st October 2020, as was the case with every other tenant occupying the building. Almost forty million naira of equipment and medication was stolen; nothing was left. Eye witness accounts have it that some of the perpetrators were patients of the clinic; members of the community that the Fruitful Vine clinic had reached out to.
Shola is stoic in her response – a visionary always looks beyond what is immediately in front of them. She intends to carry on…her mandate never came from man in the first place.

Lagos City Hall has been rebuilt before BUT this time the rebuild must consider that this is a civic asset belonging to the entire community so state of the art facilities must be put in place that are freely accessible to all. By taking this approach we can avoid similar tragedies in the future. There must be no social divide in the distribution and use of public assets. It is only by engaging and carrying along all members of the society that we can rebuild our ruined monument buildings and other public assets. We must be intent about reducing the gaps between those who have and those who do not through social inclusion.

So how can we best ensure that the needs of the general public are taken into consideration when it comes to determining the purpose for which the City Hall should be put to use in the future? The public needs to be included at the renovation planning stage to ensure that all of the community’s inhabitants benefit from public assets rather than just the privileged few.

Facilitating civic engagement through public consultation exercises enables the birth of a fit for purpose Lagos City Hall that embraces all areas of our lives and that improves our well-being. Arts and culture, learning through free library and on-line teaching facilities; recreation and social space accessible to all; public health services (perhaps demarcate one wing of the building for free medical services); provision of after school clubs and other extra curricular activities that keep children and youths occupied whilst aiding their development at the same time; adult education facilities…. The list could go on and on because our public needs are so varied and so many.

Shola is an example of an ‘Active Citizen’ but we must all step up and play our part in reimagining our public spaces. As we get actively involved with rebuilding this one structure we begin overcoming tragic circumstances by taking advantage of this opportunity to learn how to live love and work together and start the rebuild of all our civic assets in our beloved cities. Let us not miss this opportunity – Lagos State government please let us help you rebuild our Lagos City Hall.