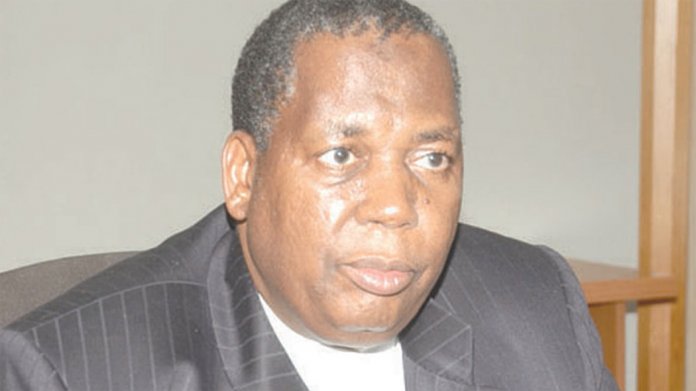 More than ever, the COVID-19 pandemic has necessitated the need for increased vigilance on financial institutions, if the relative stability in the industry must be sustained. James Emejo reports

No doubt, the banking industry consolidation which began in 2004 with the Central Bank of Nigeria (CBN’)’s mandate to all banks to meet the N25 billion minimum paid-up capital by December 31, 2005, has since ensured relative stability of the financial sector, except for pockets of mergers and acquisitions supervised by the apex bank in recent times.

But in totality, analysts believed the financial landscape had remained safe despite increased loan impairment, insider abuses and instances of theft by cyber criminals.

The industry regulatory authorities, namely the CBN and Nigeria Deposit Insurance Corporation (NDIC), had continued to fortify their risks management architecture which had minimised the potential for bank failure and erosion of confidence in the financial system.

But, recent developments occasioned by the impact of the COVID-19 pandemic have again put regulatory authorities on edge and compelled an appropriate policy response to guarantee the safety of the financial sector.

Speaking during the opening of the NDIC 2020 workshop for business editors and the Finance Correspondents Association of Nigeria (FICAN), themed: “COVID-19 and Fintech Disruption: Opportunities and Challenges for Banking System Stability and Deposit Insurance” which held in Lagos, the MD warned of potential threat to financial stability except there was appropriate regulatory and supervisory response to nip the imminent crisis in the bud.

According to him: “The threat of recession, increased national debt, increase in non-performing loans and potential financial crisis have put pressure on regulators to reassess their supervisory activities to strengthen their capabilities to address these challenges and forestall financial crisis.”

Ibrahim pointed out that though the emergence of digital financial services enabled by financial technology (Fintech) had enhanced efficiency in the financial sector, it has also posed new challenges to financial regulators and consumers and put a strain on banking operations.

Specifically, he said the impact of the COVID-19 pandemic and the resultant disruptions to social and economic activities has had negative consequences in the country and nations across the world, adding that the emerging challenges became more apparent during the pandemic when the lockdown protocols hindered physical access to financial services, thereby encouraging more Nigerians to rely on digital financial services.

Nonetheless, he stressed that as disruptive as the COVID-19 had been to other sectors of the country, the “NDIC was not caught napping”, thanks to the corporation’s robust and proactive enterprise risk management strategy, which helped to immediately activate its crisis management action plan to prevent any negative impact on its operations and the financial institutions under supervision.

The MD said the goal was to ensure the safety and protection of all staff and stakeholders to maintain continuity of its operations towards protecting depositors’ funds and ensuring the stability of the banking sector.

He said in recognition of the heightened fears of depositors’ lack of access to their money due to the COVID-19 disruptions, the corporation had embarked on a nationwide public awareness campaign through the production and broadcast of radio and television jingles in the three major languages and pidgin, to enlighten depositors on the continued safety and security of their funds in licensed financial institutions under its purview.

He said the issues presently confronting the country were monumental and unprecedented adding however that are not insurmountable, harping on the critical role of the media as central in shaping public perception and promoting financial stability through the reportage of the corporation’s role in depositor protection.

In his presentation titled: “Global Review of COVID-19 Related Financial Stability Issues, Policy Measures Taken and Assessment of their Effectiveness”, Oluyemi said the regulatory and supervisory authorities had however, introduced measures to tackle the impact of the pandemic on the banking system with incentives including interest rate reduction, moratorium, liquidity injection and regulatory forbearance on loan restructuring among others.

Already, he revealed that the corporation was currently reviewing the framework for financial and technical assistance in readiness for assisting banks that are faced with liquidity and solvency challenges during the pandemic and beyond.

The NDIC director further insisted that there was presently a heightened need for financial and technical assistance by banks, pointing out that the corporation was likely to receive applications for financial assistance from supervised entities due to liquidity challenges occasioned by the pandemic.

He observed that though the condition of the banking industry was generally satisfactory, the impact of COVID-19 had also led to decline in credit facilities despite increase in deposits during the period of March to June 2020- and called for closer monitoring of banks and increased campaign on the safety of banks’ deposits through sustained public awareness, saying building trust and confidence in the financial system remained a key priorities of regulators/ supervisors.

Moreover, in a paper titled:”COVID-19: Actions and Impacts on Resolution Authorities and Deposit Insurers”, NDIC Director, Insurance and Surveillance Department, Mr. Galadima Gana, pointed out that the pandemic had specifically impacted the banking system by leading to increased impairments of both financial and nonfinancial assets (IFRS 9 and IAS 36); delayed loan repayment due to moratoriums, restructuring of facilities and outright default and bad loan recovery challenges.

According to him, other proven strains on the banking sector include, fall in collateral values; decline in income heads being direct fallout of economic shut down; unfavourable revaluation of investment securities, including derivatives (revaluation losses); capital adequacy decline due to the absorption of unforeseen losses, especially those occasioned by operational risks; liquidity challenge, especially forex due to loan repayment defaults and hike in cost of funds.

Gana also listed lower or no dividend to shareholders; cyber-security breaches; going concern issues (bank failure); increase in NPLs and decline in lending; scarcity of foreign exchange and challenges of working remotely as some of the setbacks brought about by the pandemic on the banking industry.

According to him, introducing extensive health care controls have had a major impact on virtually all deposit insurance system operations, adding that some bank customers have had to restrain from savings in deposit money banks, preferring instead to keep their money handy at home to attend to family daily needs.

Further highlighting the implications of the strains caused by the pandemic to resolution authorities and the need for vigilance, he said: “The number of internet banking frauds rose in the heat of the pandemic as scammers eye loopholes to defraud customers. Susceptibility of banks to illiquidity and insolvency grew with the pandemic as borderline banks became weaker due to decreased business and patronage.

“Some evidence of use of digital finance has accelerated in COVID environment (e.g. contactless payments, digital stored value products/deposits) and likely to continue. Increase in deposit which will result to increase in Estimated Risk Exposure (ETRE) to the corporation with attendant clamour for reduction in premium by DMBs.”

According to the NDIC Director, Communications and Public Affairs Department, Mr. Bashir Nuhu, part of the reforms being canvassed by the corporation through the amendment of its establishment Act, was to ensure a definite timeline for failure resolution, preferably 10 days to enable failed bank customers get their money within a short period of time.

From every indication, there’s currently no cause for alarm concerning the safety of the banking sector, but the impact of the pandemic on financial institutions definitely require increased spotlight and increased regulatory oversight on their operations to avoid a major crisis going forward.