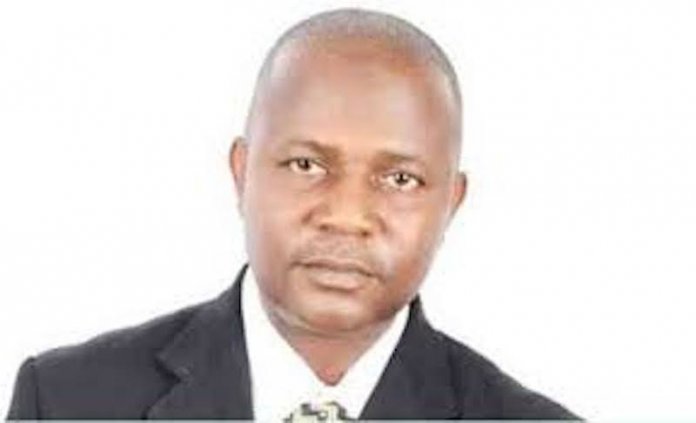 The Ondo State Peoples Democratic Party (PDP) has alleged that the state All Progressives Congress (APC) incited the burning of its (PDP) secretariat in order to destroy documents that the party may use at the tribunal to challenge the declaration of the ruling party candidate as the winner of the October 10 governorship election.

The state Chairman of the PDP, Hon Fatai Adams, alleged this yesterday at a news conference over the burning of the party secretariat last Tuesday.

Adams alleged that the APC incited those who burnt the PDP Secretariat, “when it (APC) wrongly accused the opposition party of burning the secretariat of the ruling party.”

However, Adams said the PDP was wrongly accused by the APC, which he accused of politicising every issue, including the ongoing protests.

According to him, “You all know that our youths are currently protesting against police brutality and other inadequacies of the APC-led government in Nigeria for the past 14 days or more.

“These youths have hitherto conducted themselves in peaceful manner. But in a dramatic turn of events, hoodlums took undue advantage of the protests.

“This perhaps triggered their resolve to enter into the APC party secretariat on Oyemekun Road in Akure, packed out and set ablaze all the COVID-19 palliatives meant to cushion the effect of the pandemic on the masses but which were not shared for the targeted people as at the time of need.

“The APC, which is always fond of playing politics with virtually everything and which trademark is blame game and fault-finding, had to willfully accuse the PDP of being the mastermind of the attack on its secretariat and threatened to react in the same measure.

“The APC had made good its threat, and you can see that our secretariat is now in rubbles. It has been razed down completely.”

The PDP chairman said the wrong allegation against the PDP, which had made the APC agents set the PDP Secretariat ablaze, must be severally and roundly condemned by all peace-loving people who know that the utterances and subsequent actions of APC could trigger public chaos of immense proportion if not carefully managed.

“The APC was aware of its rejection by the people and its subsequent manipulation of the electoral process which led to its short-lived victory and possibly jittery of our party’s effort to approach the tribunal, thereby finding means to destroy documents that may be needed at the tribunal. They have yet again failed in their ignominious act.

“Much as we elect to remain calm and law-abiding even in the face of this hottest provocation, we are using this medium to call on the Ondo State Commissioner of Police and other heads of security agencies in the state to hold APC accountable for this ignoble act of arson in the overall interest of public peace and tranquility.”