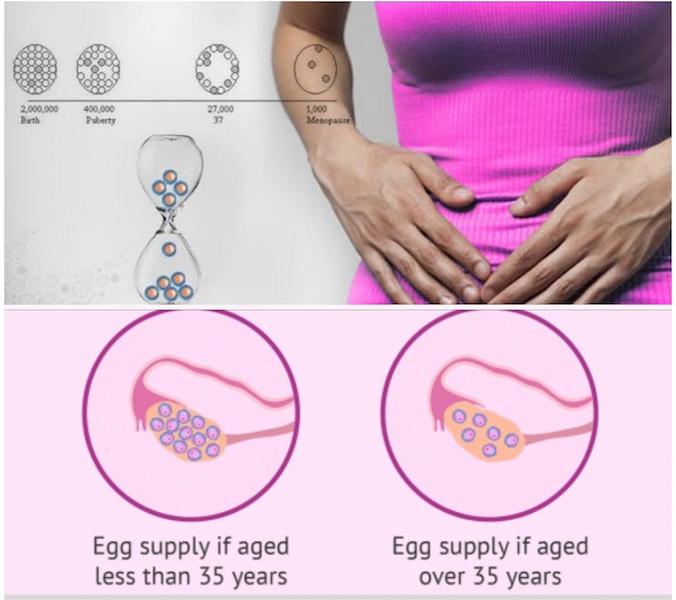 While some couple goes through rigors attempting pregnancy, some other couple gets pregnant almost as often as they desire.

There are several factors that can reduce or prevent pregnancy, some of which includes for the female: uterine (womb), tubal, ovarian, age, medical condition. For the male: Semen quality and quantity.

Let’s recap from our previous publications that we reiterated the fact that every woman is born with two ovaries on either sides of the uterus (womb).

WHERE DID ALL THE EGGS GO?

In utero the eggs begin to develop at about 6-8 weeks of fetal life. By the time the female fetus is about 16-20 weeks, she has reached a peak of six to seven million eggs. This number however declines to approximately one to two million eggs are reserved in the ovaries at birth, declining even further to between 250,000 to 500,000 eggs at puberty.

A woman’s ovarian reserve depreciates in quality and quantity with age, this simply means that the younger a woman is, the more her ovarian reserve and the higher her chance of achieving pregnancy. It can be used to estimate a woman’s fertility potential.

Reproductive science has evolved to the point where there’s a wide range of investigations to test fertility, some of which can give indication about the status of your ovaries. If, after testing, your doctor reaches out with the news that you have a diminished ovarian reserve, you might feel confused and worried about how it could change your odds of conceiving.

WHAT IS DIMINISHED OVARIAN RESERVE

This means that your eggs are lower in number or quality than expected for your age.

Evidence based studies have proven that women’s prime reproductive years are typically between her late teens and late 20s. As you move past that window, the number of eggs you have in your reserve naturally goes down. So does their quality since the eggs you have left are more likely to have abnormal chromosomes that make conception harder, As a result, your ability to get pregnant will start to decrease steadily after age 30, declining more by the time you reach your mid-30s. (This is a steady decline, not a fertility “cliff” that suddenly changes your chances of conceiving drastically. By age 45, it’s unlikely that most women will get pregnant without some form of medical intervention like IVF.

Putting all of this into context, having a diminished ovarian reserve can mean that at age 30, the quality and quantity of your eggs is more typical of someone who is 45 years.

DOR is a premature decrease in the number of eggs and can be caused by the following:

· Destruction of ovarian tissue by torsion

· Ovarian surgery (for an ovarian cyst or ovarian cancer, for instance),

· Mutations in genes that are related to ovarian function,

· Endometriomas, or cysts that form due to the health condition endometriosis.

· Pelvic inflammatory disease, where bacteria from an untreated sexually transmitted infection spread to the reproductive organs.

· Ideopathic: meaning cause is unknown

HOW LONG SHOULD I ATTEMPT PREGNANCY BEFORE SEEING A DOCTOR FOR EVALUATION?

For women less than 35years, the recommendation is usually to try to get pregnant for at least a year before you see a doctor with concerns about fertility evaluation while women above 35years may attempt for about 6 months.

Women though under 35years but have a history of certain health issues as irregular menses, painful menses, repeated miscarriages and endometriosis need to see a physician as soon as possible while attempting pregnancy.

HOW CAN WE MEASURE A WOMAN’S OVARIAN RESERVE?

Medical History: emphasizes is usually based on factors like age, time spent trying to conceive, gynecological history and past medical history.

Transvaginal Ultrasound: This involves your doctor or a sonographer inserting a device into your vagina to get a better look at your ovaries and other reproductive organs. This is usually uncomfortable but not painful. It can help a doctor examine your ovarian antral follicle count, which tells them how many follicles you have on each ovary. At the beginning of your menstrual cycle, these follicles, each of which contains an egg, begin to mature in preparation for ovulation. The ovarian antral follicle count (AFC) can add information about ovarian reserve and can even help predict how many eggs a woman will produce if she undergoes IVF or egg freezing process.

Blood Test: Your doctor may order a test on day 2-5 of your menses to assess the level of FSH (Follicle stimulating Hormone) in your blood. At the start of your menstrual cycle, the pituitary gland in your brain produces this hormone to make your ovaries to create those egg-containing follicles for ovulation………………to be continued next week 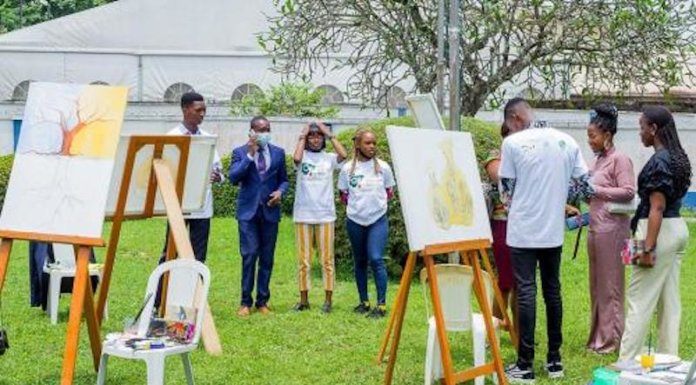