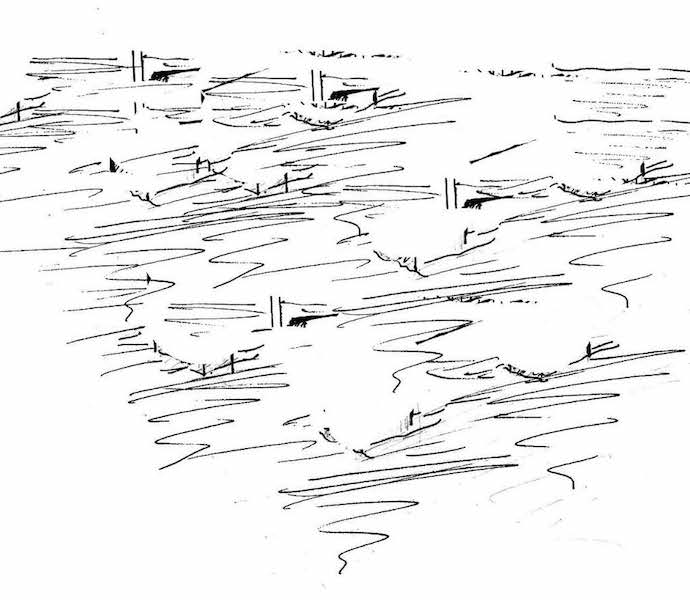 The proposed Water Resources Bill, is causing expected national hoopla and ruckus. It is not for nothing. There is the fear of a clear and present danger that, with the desertification, terrorism and violence currently ravaging parts of the North and other geopolitical zones, the Bill is nothing but a ploy by the Federal Government to deprive certain indigenous Nigerians of their natural patrimony, for the benefit of stranger-elements, without the voluntary consent of the resource owners. Today, we shall continue with more contentious provisions in the Water Resources Bill that valiantly attempt to defeat reason, logic, common sense, true (or fiscal) federalism, and even the concept of Republicanism.

Section 107 of the Bill provides that:

“a licence may be cancelled if the licensee fails to make beneficial use of the water”.

See this unfolding scary scenario: if the designated Federal Government Agency whimsically, capriciously and arbitrarily believes, for example, that the beneficial use of water in your compound should be geared towards feeding cows that do not belong to you or your family and community, your failure to use it for that particular purpose will naturally get your licence revoked or cancelled. It does not matter that you preferred drinking the water, or using it to mould blocks, or utilising it to water your plants and grass.

Section 125 of the Bill contains one of the most dangerous provisions in the Bill:

“An authorised person’ may, at any reasonable time and on production of their identity card or other instrument or certificate of designation if so required, enter a property with the necessary persons, vehicles, equipment and material in order to carry out routine inspections of the use of water or disposal of wastewater under any authorisation.”

Jesus Christ, help us. In simple terms, this provision basically means that people are no longer free to use the water produced in their houses as they may deem fit, without undue interruption and meddlesome interference by government. It means that the privacy of people’s homes and properties which is specifically guaranteed by Section 37 of the 1999 Constitution, is of no consequence. It is no longer sacred. It can be violated at will, by the “authorised person” who has no recognisable public interest.

Irregular Manner of Re-Introduction of the Bill

Beyond the substantive derogations and absurdities already highlighted in the Bill, the procedure that was followed in the representation of the Bill is also fraught with suspicion, curiosity and irregularities.

For instance, the current Chairman of the House of Representatives Committee on Rules and Business, Hon Abubakar Fulata, who reintroduced the Bill, immediately foreclosed the possibility of the Bill ever going through a public hearing, in line with standard legislative practice and convention. His flimsy excuse or ground is that a public hearing, having already been conducted on its ancestral predecessor Bill during the 8th NASS, there would be no need for another public hearing in the 9th NASS! Can you hear that? This is incredibly illogical, and most pathetically unparliamentary.

The Bill must pass first through all the stages of a legislative process afresh, before it can become law. No short cuts. Fresh .This is because the 8th NASS is quite different from the 9th NASS. It is peopled by different legislators, some new and some old. They have different backgrounds, experiences, visions and missions for their Constituents. Those who heard the old Bill may not be present now at the new session, to hear the reintroduced Bill.

By parliamentary conventions and procedures, the end of a session of the NASS automatically marks the end of the Bills considered by that session, such Bills had not become laws or Acts. An old Bill being reintroduced must be ready to go through the furnace of fire, through a fresh legislative process. Even if such Bills had passed all stages of hearing during the previous Assembly, they remain nothing but mere Bills, having not been assented to by the President. They are inchoate. They remain akin to clay that waits to be moulded into any shape, by the potter.

Such Bills must be re-presented to allow for fresh plurality of views, debates, agreements, and thereafter, conclusions. It is like a matter being heard de novo by a fresh Judge upon the transfer, retirement or death of the former judex hearing the same case.

This luciferous Bill cannot be smuggled into our corpus juris by stealth and through the back door, without public hearing.

We must hear it publicly, and abort the evil foetus in its embryonic stage

The Land Use Act

This Bill also dangerously and audaciously dares to encroach into the hallowed precincts and territory of the Land Use Act (LUA), without first seeking an amendment of the Constitution. This is because by virtue of Section 315(5) of the 1999 Constitution, aided by several appellate decisions of the Intermediate and Supreme Courts, the LUA is clothed with the constitutional flavour. It is not an ordinary Act of Parliament. So, to amend the LUA, you must first amend the Constitution itself, under Section 9 thereof.

The kernel of the said decisions is that, provisions of any Act that are contrary to those of the LUA are null and void, by virtue of Section 1(1) of the same Constitution. The proposed Water Resources Bill that seeks to seize State lands and give them to the Federal Government under the thin guise of controlling water resources, is ominously repugnant to the letter, spirit and tenor of the LUA.
As the Court of Appeal succinctly put it in NIGERIA INSTITUTE OF MEDICAL RESEARCH v NURTW (2012) LPELR-4612 (CA) :

“The Land Use Act is a special Federal enactment which has been accorded extraordinary status by the aforementioned section of the Constitution. Though it is not an integral part of the Constitution, but claims special protection under Section 9(2) of the Constitution in terms of its amendment. See Adisa v Oyinwola (2000) 10 NWLR (Pt. 674) 116, Nkwocha v Govt. Anambra State (984) 1 SC NLR 634 Per JAURO, J.C.A.(P. 16, paras. D-F)”.

Why is the NASS afraid of public hearing which affords the Nigerian people the opportunity to interrogate the fairness, utilitarianism and equity in the Bill? Just why? Tell me.

The looming mischief behind the proposed Water Bill, is quite clear. It further ridicules and circumscribes Nigeria’s federalism, making it unitary. Nigerians have been clamouring for proper federalism that entails devolution of powers from a behemoth, elephantine and gargantuan Federal centre, to the cringing subservient States and local authorities. Yet, this Bill further closes the democratic space, in a most haemorrhaging and asphyxiating manner.

All over the world, water resources are owned, and their exploitation and utilisation controlled by States and local authorities. Water is God-given. It is life. Life and water are siamese twins; Hamlet and the Prince of Denmark; Romeo and Juliet; six and half a dozen. That was why irrepressible Fela Anikulapo-Kuti (Abami Eda) lyrically sang, “Water, e no get enemy”. Truly, water no get enemy.

I am quite saddened that most Nigerians don’t even see or consider the greater danger that lies ahead, if such a Bill were to be finally passed into law. The Bill will literally consume States like Lagos, Rivers, Benue, Anambra, Bayelsa, Delta, Kogi, most of the South-West, Middle Belt, South-South, etc. These States have large water areas in their domains. Such States will be literally stripped of decision-making powers, over their water resources. Thus, the Bill is out to rob indigenous peoples and States, in broad day light, of their means of existence and livelihood. It is a case of brazenly robbing Akpan, to pay Abdullahi.

I wholeheartedly condemn this Bill, with every fibre in me. It is a barely veiled attempt to replace the infamous RUGA, grab lands from the original owners, who are lands Farmers, Agriculturists, Industrialists, Water Resources Entrepreneurs, etc. They will all be in a serious conundrum. NASS, I beg you, please, kill this monstrous Bill, because it has the avoidable capacity to lead to water wars that will pale into insignificance what the country has so far experienced over grazing lands and oilfields brouhaha. Spare us another round of needless national crisis. Have we not bled enough? Must God continue to remain a Nigerian forever?

Must we always, through thoughtless acts and inactions, threaten the continued corporate existence of Nigeria? Must we always threaten to attempt to balkanise Nigeria? Is this government forever pretending to be totally oblivious of the age-long triggers and causes of armed conflicts in Nigeria’s coastal and middle belt regions, as well as between rampaging herders and virtually conquered agrarian communities?

This Bill pretends to signpost government’s resolve to promote judicious management of the nation’s water resources, and to act as an enabler of the nation’s attainment of the much vaunted Sustainable Development Goals (SDG’s), as preached by the United Nations. But, its dangerous provisions have the exact opposite effect.

Must the government forcibly redistribute lands from land-rich States, by forcing inter-basin transfers of water by the Federal Government, without the consent from, or even consultation with, indigenous communities? Haba!!!

This Bill is the greatest manifestation of the palpable fears by concerned Nigerians (with discerning minds), that the government, by this new move to acquire more powers, fiercely loathes the concept of devolution of powers, as stridently demanded by all Nigerians. This government does not even pretend to pay lip service to the imperativeness and urgency, of having this country restructured at all. Is water resource not an item that is better handled for the greater good of the greater number of the Nigerian people, if left in the hands of States, Local Government Areas and private owners? Let me end this humble intervention with two latin maxims: “vox populi vox dei” (the voice of the people is the voice of God); “salus populi suprema lex” (the welfare of the people is the supreme law). God bless Nigeria. Itseeeeeeee.

THOUGHTS FOR THE WEEK

“Bad laws are the worst sort of tyranny”. (Edmund Burke)

“If the law is a bad law, there is always the contingent right to take action that you would not otherwise take”. (James Callaghan)