At least one person was shot dead and two others sustained gunshot wounds after soldiers attached to 81 Division Headquarters, Lagos, stormed the Lekki Tollgate two hours before the curfew began.

The Lagos State Governor Babajide Sanwo-Olu had announced a 24-hour curfew that was to begin at 4pm but was afterwards extended to 9pm.

Hours after the announcement, staff of Lekki Concession Company (LCC) were caught on tape removing all the CCTV mounted on the tollgate.

At dusk, some unknown persons turned off all the street lights, throwing the tollgate into pitch darkness.

Soon afterwards, the military arrived and ordered protesters to go home even with some few hours before the curfew would begin.

Led by one Gen F.O Omata, formerly of Special Task Force Operation SAFE HAVEN and currently 81 Division Training Officer, Lagos, the soldiers were seen on camera ordering the protesters to leave the tollgate.

Minutes after they said “This is your last warning, go home. We are warning you, go home”, gunshots were heard as they fired into the teeming crowd.

As people ducked or scampered to safety, the bullet hit one of the protesters and she died at the scene while the other two sustained bullet wounds on their legs and buttocks.

When the buzz died down, the protesters began to attend to the injured persons while waiting for the ambulance to arrive.

The incident has drawn global and local condemnation.

According to SERAP, “we condemn reports that security agents are shooting at #EndSARS peaceful protesters at the Lekki gate, Lagos. This must stop immediately.

“Nigerian authorities have a duty to protect the rights to life, dignity, freedom of expression and peaceful assembly of everyone.

“Under the Nigerian constitution, 1999 [as amended] and human rights treaties to which Nigeria is a state party, @NigeriaGov is obligated to respect and protect the right to life and security of the person, the rights to freedom of expression, association, and peaceful assembly.”

She said: “Friends, we are in absolute solidarity with all our young protesters of #EndSARS. Please do everything possible to move out of the line of fire of the murderous armed forces supervised by @NGRPresident @MBuhari. Please move out of your protest grounds. Please.”

Japheth Omojuwa, a social advocate said: “You extended your curfew to 9pm but you are already murdering your own citizens at 7pm?

Meanwhile, at the last count, five police divisions have been burnt, seven others attacked in Lagos, while Lagoon Hospital was partially burnt and Ajeremi Ifelodun Local Government Secretariat burnt too.

Among the burnt stations were Orile, Layeni, and Amukoko, Ilasamanja Divisions, as well as Cele outpost, under Ijesha Division.

Other police divisions and units that were attacked were Mushin and Ilembe Hausa, Ilogbo Iyana Era, Ajamgbadi and Ijanikin Division, while the Motopol Headquarters in Lagos was also attacked. 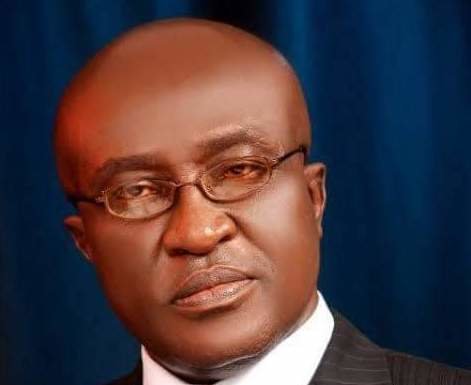