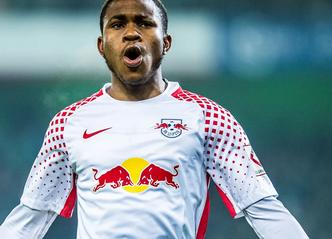 Anglo-Nigerian player, Ademola Lookman, has said that his side, Fulham deserved maximum points after their “disappointing” 1-1 draw at Sheffield United on Sunday.

The 22-year-old fired Fulham ahead at Bramall Lane in the 77th minute but it was cancelled out by Billy Sharp from the penalty spot five minutes before the end of the encounter.

Lookman’s solo strike was his first goal in the Premier League in over three years, when he scored against Manchester City on his Everton debut in January 2017.

He expressed confidence in his goal scoring ability after the game, and he remains upbeat about Fulham’s chances as they continue to aim for their first Premier League win of the season.

“It’s disappointing really. I thought we should have got three points from the game, but it’s done now, so onto the next one,” Lookman told the club website.

“We all believe we can do great things this season. Obviously we’re a new group so we’re still gelling together, but that will come.

“We expect good things will come in the near future.

“I can score those goals. I can score all different types of goals, but it’s just disappointing that we didn’t get the three points.”

Fulham dominated both halves of the game on Sunday and Lookman, who played from start to finish, explained manager Scott Parker’s impact at the break.

“The gaffer wanted us to play a lot quicker, especially when we got into the opposition half, to try and penetrate a lot more,” he continued.

“That’s what we tried to do, and it worked for us. Unfortunately, it wasn’t enough to get us the three points.

“I definitely feel like in the second half we controlled the game a lot more, created a lot more chances and should have scored more than one.

“That’s the important thing, though, that we’re creating chances.”

Lookman is currently in West London on a season-long loan from Bundesliga club RB Leipzig and he has played two league matches so far.

Fulham are 19th on the Premier League table with a point after five games. They host Crystal Palace at Craven Cottage for their next league fixture on Saturday.