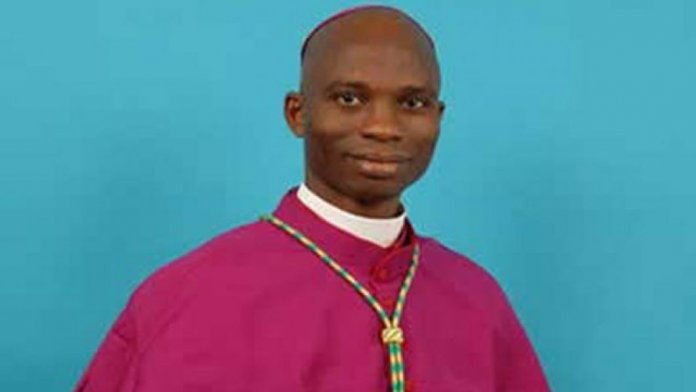 The Catholic Bishop of Ekiti Diocese, Most Reverend Felix Ajakaye, has described the ongoing #EndSARS nationwide protests as agitations against incompetent and dishonest leadership in the country.

He said the protests were beyond the facade of protests for the disbandment of the Special Anti-Robbery Squad (SARS), saying it was an anger against what he termed incompetent, dishonest, recycled leadership and mistrust between the leaders and the led.

The cleric stated this yesterday in his sermon entitled: ‘The Journey of Faith: Success Without Worthy Successor is Failure in Reality’, being a thanksgiving service to mark the second year tenure of the Ekiti State Governor, Dr. Kayode Fayemi.

Addressing the congregation, Bishop Ajakaye appealed to the protesters to ceasefire and allow the government to act on their five-point demands.

According to him, “They should also bear in mind that there are police that are not brutal. On July 30, 2020, police accosted me in Adebayo area. If you saw how they treated me, I thank God I was not killed, if I had been killed, a lot would have been said. If they could do that to a man in cassock, what would they do to an ordinary man? Though, I reported to the police authorities, nothing was done till date.

“#EndSARS protests and agitations are not about disbandment of SARS alone, it is against injustice, mistrust, dishonesty, recycled and incompetent leadership in our country. There is anger in the land.

“But they should suspend the protests so that the government can act on their demands. But If they continue, the protest may be counterproductive, because there may be those who want to secretly protect their means of livelihoods.”

Meanwhile, the clergyman has urged the Amotekun Corps that would be inaugurated on October 19 to be just, fear, disciplined and professional in their operations.

“They must not be political, else the protest against them will be worse than that of SARS. There must be sincere synergy between Amotekun and other security networks to reinforce the security in the state,” he stated.

The Cleric appealed to Fayemi to accelerate the development in the state and maintain sincere connection with God for Ekiti State to live up to its sobriquet: ‘Land of honour and integrity’.

Bishop Ajakaye advised the governor to be humble and listen to sincere criticisms from opposition as well as refrain from underrating the opposition for him to be able to overcome the succession battle to have a continuity of his good works.

Admonishing Fayemi on the imperative of being humble before the people, Ajakaye said: “Nobody forced you to present yourself as a governor, so the will of the people must be done. The people are your treasures. Surround yourself with God-fearing people, because your family’s name, your name and ours as a church are at stake.”

Fayemi, in his response, averred that President Muhammadu Buhari-led government is committed to initiating various reforms that would transform the country in all facets.

According to him, “I can understand the youths who have been protesting for some days now. There is a lot of anger, hunger, disillusion and disaffection in the land.

“We are committed to various reforms, not only about SARS, because we will be making a mistake if we think so. Our appeal is that let the government take the necessary steps it is taking already to do what is right for the country.”

Fayemi called on Christians leaders to continue to assist the political leaders in their prayers “for our country to get to the promise land.”

He also also agreed that he is a product of mercy, adding that God has a purpose in life for everybody, which he said would be realised with prayers, tenacity and patience.