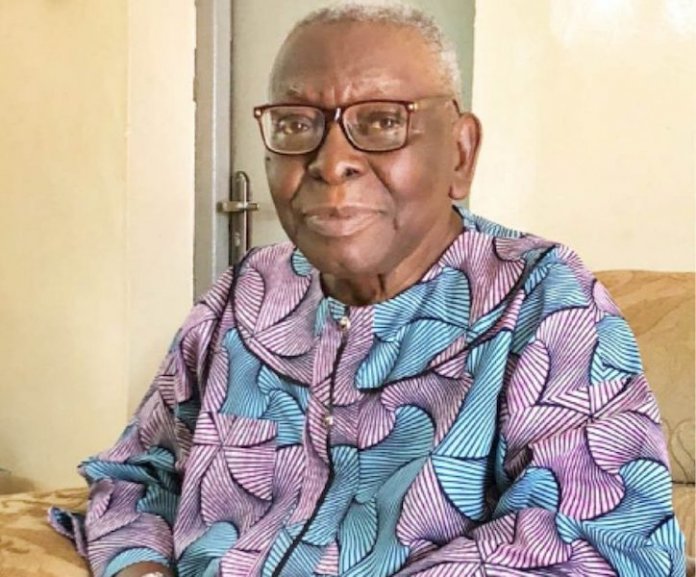 This was preceded by a vigil mass at Professor Adichie’s compound, Umueri, Ezi-Abba village, Abba on Thursday, October 8, 2020.

Adichie died on June 10, 2020 at the age of 88, after an illustrious career as a scholar of international repute whose impact was felt across the continent and the world at large.

The officiating minister during his homily, said Adichie died a good man. He added that Adichie had performed and finished his race on earth and urged his family and those left behind to emulate him. He urged everyone to use his death as a time for sober reflection to become better persons just like Adichie had been until his passing.

Upon his retirement, he lived in his hometown, Abba, Njikoka Local Government Area, Anambra State, where he held the traditional title of Odelu-Ora Abba, which literally translates to “One Who Writes for our community’’

The late university leader was laid to rest in the presence of family and friends who took an active part in his funeral activities. Kinsmen from Abba, royal fathers, members of the academia, top government functionaries, church members and more showed up to honor the late Adichie amid an outpouring of encomiums on a life well lived.