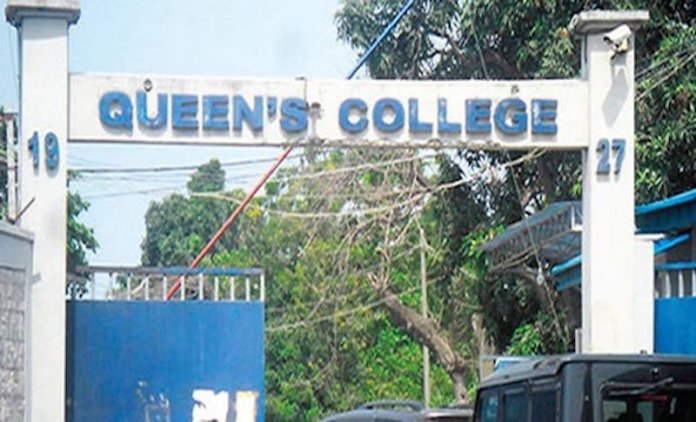 The Principal, Queen’s College Lagos, Dr. Tokunbo Yakubu- Oyinloye has called on stakeholders to complement efforts of the federal government at enhancing girl-child education so as to attain the much needed accelerated national development.

“I want to state that the federal government has done a lot in this respect, as it has championed this cause through constant sensitisation and establishment of more schools to cater for the girl-child education.

“We are gradually getting there, but I feel a lot of sensitisation still needs to be done in a bid to encourage more girls into school.

“That is why we are calling on other stakeholders to join hands with the federal government in enhancing this sensitisation for more girls to get into school, in a bid to fully unleash their potential.”
The principal added: “One of the major challenges in the education of girl-child is that of cultural influence, in some parts of the country, women are hardly recognised or reckoned with.

“They look down on women in some places and as a result, are not motivated to allow these girls to attend school,” she added.

The principal stated that it is a thing of great joy to witness the 97th anniversary of the college, which has championed the course of girl-child education in the country.

She said over the years, the college has produced great women who have held their own in their various fields of endeavor, within the country and in the diaspora.

“Since its establishment in 1927, it has remained a school that has been sustaining excellence in girl-child education, a school, where we pass on the torch of good character, good morals, brilliant ideas and all-round development.

“We indeed appreciate the Federal Ministry of Education for posting some new teaching and non-teaching staff to the college, we also appreciate it for the various projects in the school which has helped to make life easier for staff and students.

“The major goal of my administration since I came on board is to improve on the academic standard of the students, in addition to improving their welfare and that of the staff.

“The target is that at the end of the six-year sorjourn in Queen’s College, every student should be able to come up with outstanding results that will conveniently qualify her into any tertiary institution any where in the world,” she added.

She noted that the COVID-19 pandemic and the subsequent lockdown put the teachers on their toes and made them look for ways to impart knowledge in students.

She thanked God for protecting the students during the peak of the pandemic, adding that this was further made possible by ensuring that all the safety protocols were strictly adhered to.

She listed the completion of the first floor of the new hostel for the JS1 girls of October 2019 to move in, renovation of the assembly hall, renovation of three hostels and the provision of a new borehole and 105,000 litres over-head tank as part of her achievements since assumption of office, among others.