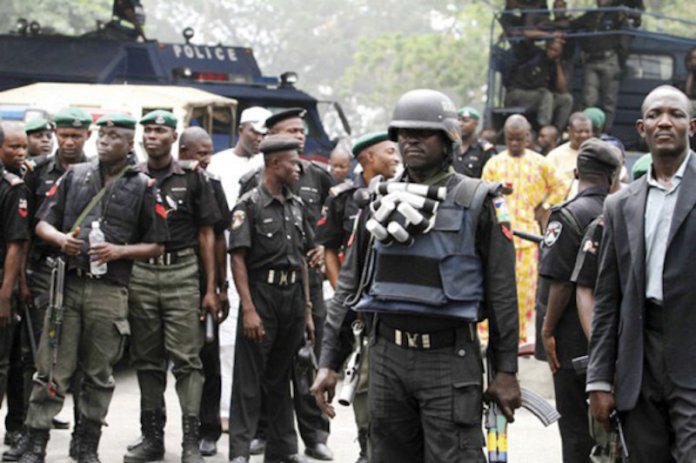 Two people were reportedly killed when suspected hoodlums hiding under the guise of #End SARS protesters yesterday attacked the palace of the Soun of Ogbomoso, Oba Oladunni Oyewumi.

The attackers were said to have exchange fire with security operatives at the palace.

They also disrupted a meeting between the Minister of Youth and Sports Development, Mr. Sunday Dare; the Soun of Ogbomoso, Oba Oladunni Oyewumi, and some chiefs.

It was gathered that security operatives rescued the minister, the monarch, and other chiefs at the meeting.

It was not immediately confirmed if the hoodlums’ attack was targeted at the minister and others at the meeting.

While confirming the report, the minister lamented that the hoodlums destroyed properties in the palace.

He tweeted, “Ogbomoso- Hoodlums, thugs and miscreants disrupt stakeholders meeting in Soun’s palace now -invading, stoning and breaking doors, glasses. Soun, myself, and council chiefs were scurried into safety by the police and Department of State Services (DSS).

“The hoodlums broke into the palace and destroyed chairs, overturned tables, broke windows. These were not youth or Students. These were miscreants and thugs who saw a window of opportunity in the protest which (was) since abated. Thankfully, Soun, the chiefs, leaders of Parapo are safe.”

The minister wondered why the Soun’s palace should be invaded, saying however that peace had been restored.

Dare added, “Ogbomoso youths are law-abiding. But hoodlums have taken over. A combined team of operation Burst from Ibadan and a unit from Iliorin are now on ground in Ogbomoso to help keep the peace, protect the peaceful and innocent and also stop criminal elements. Soun of Ogbomosho yesterday and today personally appealed to this group to stop violence.”