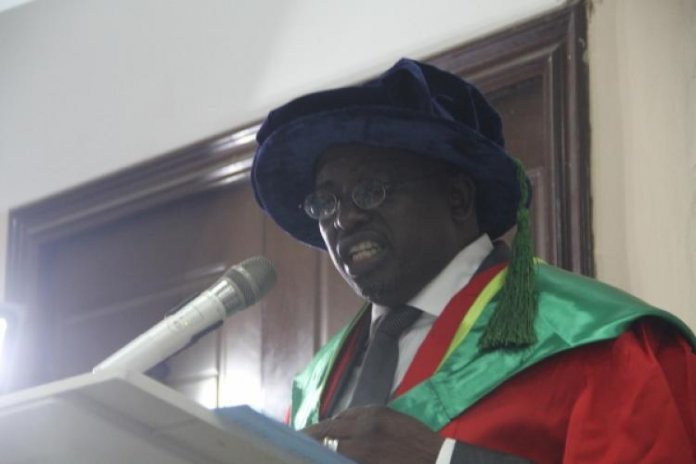 Laleye Dipo in Minna and Victor Ogunje in Ekiti

For Nigeria to be self-sufficient in food production the federal and state governments must strengthen the agricultural value chain, the Senator representing Ekiti Central Senatorial District, Opeyemi Bamidele and a university, don Prof. Kuta Yahaya have said.

Even though they spoke at different fora, they both argued that to make agriculture a profitable venture especially for the youth, government at all levels must provide necessary incentives that would make farming attractive to more Nigerians.
Bamidele spoke at the conclusion of a training for 250 people in rice, fish farming and animal feed production sponsored by him to boost their capacity in food production and reduce unemployment in Ekiti.
Represented by his Senior Legislative Assistant, Mr. Bunmi Oguntuase, the senator said his vision was to encourage youths to engage in farming.

He stated that the level of unemployment had reached a petrified point and leaders must think outside the box to find solutions.
According to him, agriculture is the available option as the country strives to reduce her dependency on oil, which he said has been the greatest impediment to the development of the nation.

He said: “Nigerians must look back and read their history very well. During the time of the regional system, Chief Obafemi Awolowo relied on agriculture to fund free education and other laudable projects at that time.
“Available statistics showed that over 85 percent of the Nigerian graduates are either unemployed or underemployed. This is killing and not too good for our future as a nation.

“Many Nigerians are still having the nostalgic feelings of the old cocoa period of the south west and the groundnut pyramid of the north. Those were the good old days when the country’s development indices was high and favourable unlike what we are getting now.”

Bamidele, who is the Chairman, Senate Committee on Judiciary, Human Rights and Legal Matters, said he decided to train the youth in rice production to complement the rice processing plant already facilitated into the state by Governor Kayode Fayemi.

He said: “The Igbemo brand of rice remains one of the best local delicacies in Nigeria. For this brand to gain national and international recognition, we have to sustain production and encouraging our youths will be of tremendous help in this regard.

“The state government under Governor Kayode Fayemi had signed Memoranda of Understanding with Dangote and Stallion Group for the establishment of N3.5 billion Rice Mill in Ekiti State.

“Production has started and we as locals must complement what the companies will do to be able to continually be in production.”

He also emphasised the need for agriculture extension to be given more impetus by the government especially in the face of challenges posed to agricultural production by climate change.

Yahaya lamented the challenges faced by smallholder farmers saying there is a need to intensify agricultural extension efforts in assisting them with valuable information on how to be climate-smart.

This, he said, would include developing closer linkages between agricultural research and extension providers; taking into account existing local knowledge and having a clear understanding of farmers’ needs and problems as well as obtaining feedback on how technological interventions are performing.

“In response to the changing nature of agriculture and farmers’ needs as occasioned by climate change, the focus of extension should in addition to transferring skills, technologies and knowledge related to the production of crops, livestock and forestry products from research outcomes to farmers, to developing technologies with farmers and facilitating innovation processes for climate-smart agriculture,” he added.

Yahaya called on the government to do all within its powers to stimulate technology adoption and embed Good Agricultural Practice (GAP) towards improving food security requirements and industrial expectations.