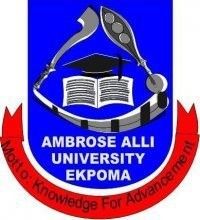 The Ambrose Alli University, Ekpoma has refuted media report that its Vice Chancellor (VC) and Council Chairman were at loggerheads and trading accusations at each other.

In a statement from the university and signed by its Public Relations Officer, Mr. Edward Aihevba, the university authority said the media report misconstrued several matters and misdirected focus on issues that had since been resolved.

According to the statement, “it is necessary to state that a correspondent from THISDAY Newspapers interviewed the two eminent personalities. However the presentation of his report has misconstrued several matters and misdirected focus on issues that have since been resolved. The University has moved on and is attaining higher heights in harmony, synergy and transformation. The views of the two eminent personalities were misrepresented in many areas.”

The statement further clarified that the funds received from Tetfund and NEEDS assessments were not misappropriated as alluded.

It added that the disbursement of the fund was in accordance to the 2007 Procurement Law, insisting that other issues raised in the report have all been resolved.

According to the statement, “The Chairman of the Governing Council and the Vice Chancellor would like the reportage to focus on transformation and developmental strides, jointly achieved for the University. Ambrose Alli University has experienced unparalleled infrastructural development, academic transformation, digital initiatives, research breakthroughs and dramatic repositioning of the University, through the leadership and co-operation of the council and management of the university.

“In the past four years, the university, under Prof. I. A Onimawo as Vice Chancellor, and Chief Lawson Omokhodion as Chairman of Council have built from scratch and commissioned seven befitting faculty buildings; embarked on the construction of students hostels, including two by Alhaji Aliko Dangote, and completed 87 other infrastructural projects that have spectacularly changed the face of Ambrose Alli University. The university has abolished cultism and social vices in the university; established computer based examinations; electronic voting by students unions and set up and perfected a digital platform for e-examination, e-admission, e- registration, e-payments of fees, and dues and e-governance, with the cessation of the analog attitude and the enthronement of AAU as one of the first class Universities in the country.”

“The university under their leadership, has stepped up research activities with several research breakthroughs on record. We have one of the best libraries amongst Nigerian universities. Ambrose Alli University (AAU) has been totally transformed in all aspects and this should be the focus of any reporting. We have put all issues of conflict, imbroglio and disaffection behind us and all organs are jointly pressing forward for the achievement of the vision of the school. Ambrose Alli University has been recreated and repositioned as one of the ten best universities in Nigeria,” the statement further said.