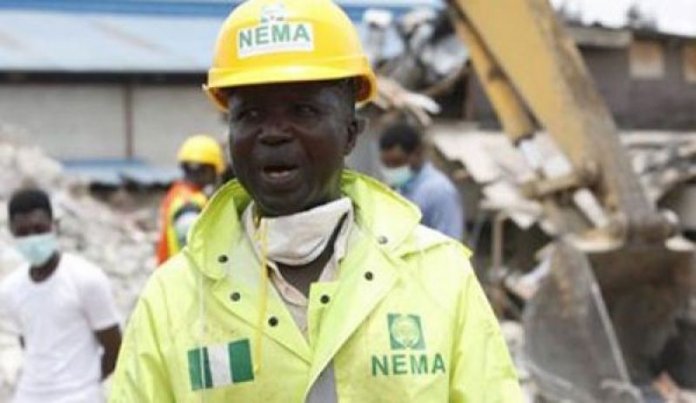 An early morning gas explosion on Thursday that rocked the Baruwa area of Lagos has claimed five lives and injured three persons.

Preliminary assessment of the explosion showed that 89 shops, 47 buildings (including a church, school and event centre), 23 electric poles, two transformers, gas tankers, one tricycle and one motorcycle were affected.

According to eyewitness account, the explosion occurred at about 6.20am at Candos Road, Baruwa Inside, when an a LPG tanker, which was in the process of discharging at the Best Roof Plant Station, exploded.

THISDAY gathered that the source of the explosion could be traced to the station generator, which was on while the tanker was discharging products into the storage tank.

When the explosion happened, it threw those nearby and the discharging LPG tanker across the road, thus exacerbating the fire.

He said five dead bodies had been recovered so far and three injured person including a woman and two children had been evacuated and taken to the intensive care hospital due to the degree of burns.

He said the destruction was on a large scale because the Best Roof Gas Plant Station was located in a densely populated community.

After putting out the initial fire, he said the stored gas in the station started discharging the gas but there was no explosion again.

THISDAY gathered that the gas plant had about 30 metric tons of gas in the underground tank and while it was offloading, the staff were also in the process of dispensing to customers.

As at 9.04am, Farinloye said the fire had been put out completely and the secondary gas leakage from the underground tanker had been put under control as well.

However, he said a preliminary assessment revealed that 44 buildings were affected, as well as one school, one event centre, 89 shops, one church, one tricycle, gas tankers, 23 electric poles, two transformers and one motorcycle.