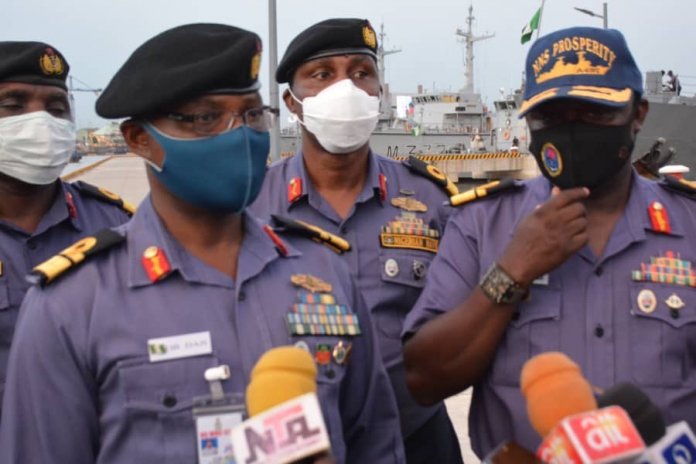 As part of the Nigerian Navy (NN) Schedule of event for this year, the Flag Officer Commanding (FOC) Western Naval Command, Rear Admiral Oladele Daji, recently inspected ships in Lagos to ascertain it’s state of readiness, and level of training of personnel in conducting various operations.

The FOC, in company of Principal Staff Officers (PSOs) from the command and Western Fleet, embarked on a one-day ‘Return to Harbour on Completion’ (RHOC) to ascertain the overall operational preparedness, efficiency and state of ships, units and establishments in the command.

Speaking after the 10 hours inspection at sea, Rear Admiral Daji told newsmen in Lagos that, “the inspection of the fleet at sea achieved the desired objective, which is to assess the state of equipment as well as the level of training of personnel in conducting various operations in different operational scenarios that were simulated at sea to prepare for the real time operations as they come.”

Hence, he expressed, “I’m very satisfied with the conduct of the exercise.”

During the exercise, manoeuver and evolutions were conducted which included; Vessel Boarding Search and Seizure (VBSS), launching and recovering of boats, high speed fleet manoeuver, gunnery exercise, and action station drills among others.