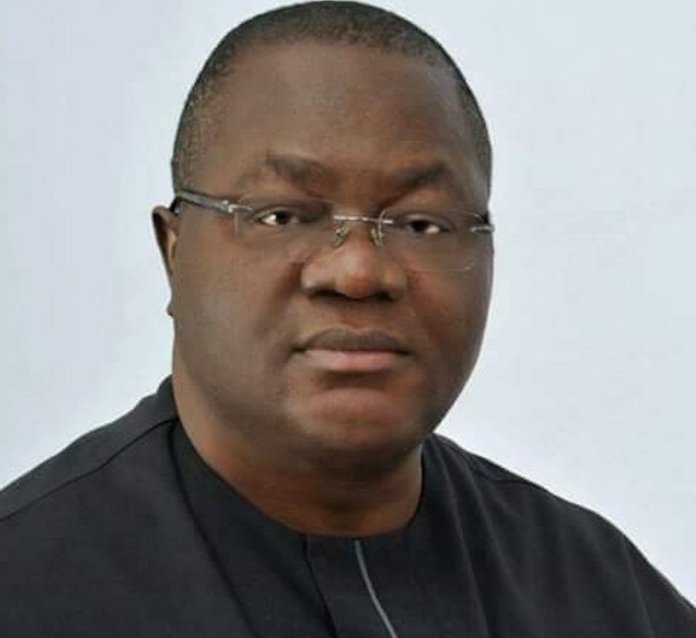 In his magnum opus, Life in Southern Nigeria, Amaury Talbot reported two significant occurrences in The Land Of The Ibibios, in the present Akwa Ibom state. The first was in Ibeno where he observed a strange vegetation around the enyina groove, an oasis of herbage which formed a strange narrow belt of grassland in the middle of the forest. Talbot had concluded that a future chemical analysis will reveal the presence of a mineral prejudicial to luxuriant growth.

Thus, when crude oil was discovered in commercial quantity in the Ibeno territory in the later part of the 20th century, historians were not surprised, it was already foretold. Talbot also recorded his second observation when he traversed Ubiumland. His tour across Ubium villages revealed even more significant objects that have remained a mystery till date. At that pristine stage, Ubium was characterised with blue clay with which women moulded fine pots and figurines. This explains the presence of pieces of local porcelain (mkpa-usiong) all over Ubiumland. The real gist here is that the clay also yielded sparkling stones, which the natives regarded as ‘juju’. Geologists agree that there`s a possibility of diamonds to also occur in clay and streams as we have in the present Sierra Leone.

According to Talbot`s report, a woman potter once found a shining piece and took it to her family head who in turn used it to decorate the head of his household fetish(itiat iwuot ibok),… and the cyclopean eye could shine even in the dark. While several other people used these stones in like manner across Ubium, Talbot did not report that the Europeans were carting away diamond-bearing-artefacts to Europe. The worst of this heist occurred during the Ubium War of 1902. After overpowering Umo Edemekong`s force at Akai, the 3rd Column of the Aro Field Force invaded Obio Ubium and the later was sacked within 10 days. The British troop concluded the conquest of Afaha Ubium when Ikot Akpanabia was finally captured and the entire village sacked after a fierce battle of the British maxim and ibok-ekong (Ubium war charms) at the brook of Ete-ekpo.

The battle of Ete-ekpo was one of the scariest bloodbaths in Ibibioland as it did not only resulted in the bombardment and looting of one of the strongest Ibibio palaces at Aba-enang, it also led to the sacking of most of Ndukpoise and Ikot Akpanbia to Ndikpo and the surrounding forests. The Ndukpoise-Ikot Akpanabia axis of Ubium was to be revisited by another pogrom of such magnitude during the Biafra war in the late 1960s, second in scale only to the killings at Uyo Circus on the 17th August 1968. While Afaha Ubium was overpowered in punitive military combats, Ise Ubium was occupied through treaty and was rewarded with the perks of Colonial Administration. Commentators like K.K Nair in his work “Politics And Society In South Eastern Nigeria, 1814-1906” wondered why Ubium`s resistance to British conquest was the most ghastly unlike their Eket neighbours.

The reason for the distrust and historic violence is not far-fetched; the British found some very interesting items in Ubiumland – namely diamonds and exotic figurine, and the only way to cart these things was to brutalize the villages who possessed them. The looting and burning of Aba-Enang in Ndukpoise and the refusal of Akpaidu of Obio to the plans to have Eket–Oron road cut through his domain are cases in point in the Ubium–British relations. What most people are unaware of is the fact that behind their expeditions in Africa, the British were carefully stealing valuable items including diamond-fitted-figurines from Ubiumland, some of which are still found in European museums till date.

I recall accosting a white colleague at Lisbon in 2013 over the whereabouts of the diamonds their grandfather took from Ubium. The Portuguese mockingly told me that the diamonds are all over Nigeria, but that Africans still lack the capacity to see her diamonds. Today, while historians are still brooding over the heist, a diamond in human form is found in Effiong Bob with all the glitz of the fabled gem. Perhaps, just as Talbots prophesied of the crude oil in Ibeno, the shining stone of Ubium may one day sparkle to illuminate the entire landscape of Akwa Ibom state, because, as the saying goes, diamonds are forever.

Effiong Bob is not just an Ubium diamond but an unmistaken rainbow in the Nigerian firmament. One thing with rainbow that is not common with other galactic phenomena is that they everyone loves the rainbow. Though they appear sparingly, they nonetheless announce themselves in due season. Unlike others, its glistering colours, its message of hope and the overarching shape that appears to stretch from the beginning to the very end of the firmament. When in the build-up to 2011 elections a former governor of the state likened him to afere atama that gets sweeter with age, Effiong Bob has indeed lasted longer than any other politician in our consciousness and has carved a niche as one of the most enduring political forces in Nigeria. A philanthropist par-excellence and leader of his people, the fact that Effiong Bob was born in 1959, exactly a year before Nigeria got her independence speaks volumes of a unique and enviable destiny. His meteoric rise from Ikot Ekwere Ubium to become a Councillor, Council Chairman, Deputy Speaker, Attorney General, Senator and to Pro-Chancellor of a premier university in Nigeria is already known to all, but that he spent the past six decades ministering at the temple of leadership without a dent on his character reveals the stuff he is made of.

Bob`s sense of duty and statesmanship manifested when during the Resource control battle when he held sway as Attorney General and commissioner of justice of Akwa Ibom state. Even Obong Victor Attah was full of praises for his commissioner on his coordination and legal articulation of the historic derivation debate that has put Akwa Ibom at the pole position of revenue earners in Nigeria. Other people played equally significant roles in the resource control struggle, but the fact remains that it was Bob who as Attorney General, assemble and supervised the crack legal team that argued for Akwa Ibom state at the Supreme Court. Because of his unique understanding of development planning, Obong Victor Attah can rightly be described as the Awolowo of Akwa Ibom state. It must be emphasized that those who worked closely with him during the sage`s eight year tenure equally posses the understanding of how best Akwa Ibom should be run. Arguably, Effiong Bob is one of the few who have learnt the science and art of development planning at the feet of Obong Victor Attah. This pedigree stands him out as a reliable factor in the politics of Akwa Ibom state and the current administration of Gov Udom Emmanuel.

October 1st is Effiong Bob`s birthday. It coincides with the birth of Nigeria as an independent country. The date represents the aspirations of a once most promising state in Africa. While Effiong Bob birthday represents the hope for a future, it is expected that patriots like Effiong Bob will deploy their mental energies to pull out Nigeria, who, as a lost ship, has only become famous for its demise. Indeed, at 61, Effiong Bob represents a twinkling Ubium diamond and an enthralling rainbow for the renewal of the hopes and aspirations of Akwa Ibom state and Nigeria. The elect of God is revealed when an unseen hand appears to guide a particular person to pole positions in the affairs of men. Effiong Bob’s meteoric rise is a reminder that indeed, God is still in the business of ordaining leaders. On behalf of hordes of well-wishers who may be prevented by the current lockdown from joining the gig, it is my honour to draw attention to some beautiful pieces of history and to proclaim a resounding Happy Birthday to the Distinguished Senator of the people!

*Philip Afaha is an Associate Professor and Head of the Department of History and Diplomatic Studies, University of Abuja.