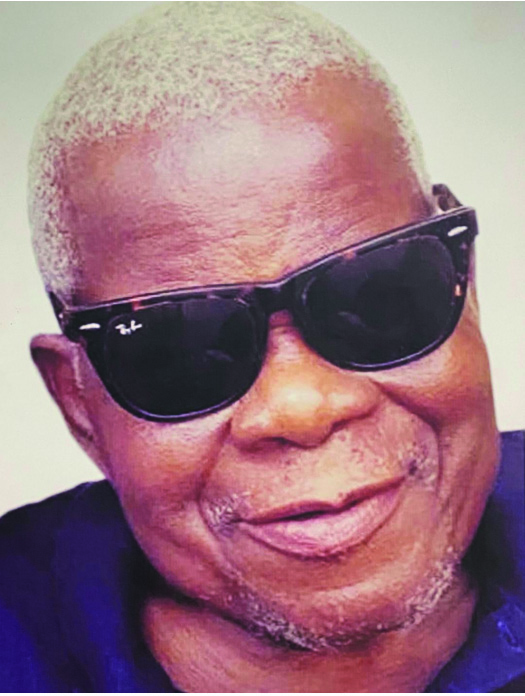 It was very clear from the onset that 26th August, 2020 was not going to be a normal day. The day was misty and the cocks refused to crow. Ikeken, the small sleepy town in Esan South-East LGA of Edo State was slow in awakening. Its residents going about their daily chores with an infectious deliberateness that nobody seemed to be able to explain.

Then it happened. Elder James Ebose Ogbole completed his transition. He had shut his eyes and then it dawned on the villagers both far and wide that the great man had gone to meet his ancestors. Elder had slept.

Born some ninety years ago, in 1930 to the very industrious Omiawa Ogbole and his very beautiful wife, Omiesan, nee Ekioba, whose name depicted her great physical looks; it was loosely translated the ‘beauty of Esan’. James was the first son but third of the seven children his parents birthed. He had as elder sisters Oyawo and Oyaki and then after him came the sweet Wali and then a brother Ekalumenle (Sunday), and in quick succession came Ibhagbobhiye(Thomas) and lastly Eigaghen(Anslem).

Fate played a cruel trick on him when at the tender age of twelve he lost his father. With leadership thrust on him, he grabbed the opportunity with both hands as he built a credible farming business with which he was able to fend and hold the family together. His industriousness and hard work made his farm the centerpiece in the whole of Ikehen. This drew in a lot of attention from both traders and other counterparties.

The story has been told of the Uloko – what is known as Iroko in other climes and a term used to describe people with very strong character traits – falling from a palm tree while trying to harvest it and getting injured. His first son Augustine ran towards him with fear only to meet a steely look in his eyes saying, ‘Son, I need for you to continue to work hard, never give up and your hands will feed you’. That was the Uloko for you. Strong, stout and forever proud even in the midst of the vulnerabilities of life. He lived with those principles until the day he slept in the Lord.

Imbued with a strong sense of loyalty stemming from the Esan tradition that prescribes the first son staying close to the father while the rest can sojourn, Uloko took over the reins of leadership, building a structure that was hemmed on discipline, hard work and perseverance while ensuring that his other siblings got the best of education within the constraints of his resources and abilities. What he lacked in material things, he had in abundance by his sheer conviction to build a strong army of achievers within his immediate family.

Elder James laid a major premium on education. He saw the huge prospects of being educated and his stint at the then Bendel State Ministry of Education where he was seconded to Emu Grammar School, Emu in Esan South East Local Government of Edo State on a ‘government for work’ scheme. Something instructive happened here. The school’s principal had a son who had been rude to Elder James and his son Augustine who was also a student at the same school didn’t find it funny. So he told off the principal’s son and there was a bit of a fracas. The story got to the principal who sent for both parties and after hearing the story ruled in favour of little Augustine. Little Augustine did not just get a fair hearing that day, he won for himself a scholarship which ensured the continuation of his education.

Augustine vowed to Uloko that day, he would come back to be the principal of that school in his honour. But fate had other plans as little Augustine is today the Managing Director/CEO of the frontline insurance underwriter, Anchor Insurance Plc.

A strong and devoted Christian to the very end, Uloko was ordained Elder by the very famous late Arc. Bishop Benson Idahosa and he continued to live a life of piety to the very end. Married to Agatha Ogbole (nee Onoboh), he kept a guarded inner circle that had his best friend, Hitler Omokhuan who shared many high and low points in his life, including the loss of two siblings on the same day.

Elder James lived a life of philanthropy, having been berthed in a system of love. His neighbour was always of his interest and even on his sickbed, he made sure his colleagues and other patients benefited from his benevolence. The widows in his village were the chief beneficiaries of his kindness. He bequeathed to them what he could while recruiting his now very successful children into the humanitarian business of being your brothers’ keepers.
His parting words were, ‘Son, let my people eat.’ What more can we say about the life of one so remarkable that he didn’t allow his humble beginnings dim the light of his will to contribute meaningfully to society and the world.