A week before the 74th anniversary of the Juju maestro and maverick mesmerizer of Africa’s social stratosphere, we started what concludes today as a trilogy of praise and recognition of a living legend, properly so called. We didn’t just want to underscore the greatness of Sunday Adeniyi Adegeye (KSA) as an iconoclast in the temple of musical creation, but to also signpost the necessary ingredient that ought to be sacrosanct in the maturity of the genius: the gradual but certain emergence of a begotten “son-in-muse”, directly or indirectly.

We have developed and explored four of five elements that give some semblance of hints that the stardust of authentic super-stardom enveloping the King, may (and this is where the fragilities of humanity can sometimes disappoint) somewhat sprinkle on a presumptive Crown Prince. We have discussed (note for the umpteenth time, not compared) how KSA’s virtuosity finds promise in the ascendancy of TuFace (45 on September 18) on the window of Vocalisation, Stagecraft, Innovation and Compositional Skills. This final reflection dwells on the fifth and final element: Lifestyle. With requisite regards, join me in this warm finale.

LIFESTYLE (the way we live):
Here is the crux of the whole matter. This is where the ‘son’ looks like a chip off the old block – a true ‘son’ of his musical ‘father’. Without being salacious and unduly infringing on the privacy of the two artistes, we shall have to draw the parallels that show forth the possible ‘reasons’ why the two songsters share commonalities that beggar belief.

KSA: Even if he does not play music, KSA will be a charmer, a ladies’ man. Lithe of stature and coy in disposition, the Ondo-state born grandfather comes across as one whose weight cannot crush an ant, even if he tries all he can. In the presence of any guest, KSA appears dovish, lavishly respectful and full of graces that hardly can offend. His mien and speech are calm, deliberate without being ponderous. He is self-trained, but has exquisite taste and etiquette. Join all that to his earthy good looks, slender well-toned body frame and dancing eyes… How can such a man escape the grabbing claws of admiring and awe-struck female fans – old and young, home and abroad, coast to plateau? Nimble-footed and dexterous on the dance floor, with sex-themed gyrations and such other explicit connotations through songs and dance; it is no wonder that KSA led the tabloids of the 80’s and much of the 90’s with salacious tales of his alleged escapades, philandering, marital upheavals and all sorts of movie-like manoeuvres in his private relational transactions.

KSA is alleged to have several women who either have fostered children for him, or strongly claim a portion of his heart. It is difficult to give a number to his women or his children. Once in a no-holds-barred interview with him, I tried to pin him down to a specific number of women in his life; and their corresponding ‘fruits’. But like a master pugilist, he danced around the probe, jabbing lightly with humour; feinting left and right with parables, and generally delivering a sucker punch on the strings that you don’t attempt to conduct a census of a man’s offspring, in Yorubaland.

KSA is however a kind-hearted generous benefactor of several families indigent by demise of their breadwinners or sudden unemployment. Through his KSA Foundation, several are sponsored up to university level (even when he himself missed the opportunity) and still many more hang around his droplets of benevolence; banking on the goodness of a man who has refused to drift from his humble origins – his homes, offices and other interests are largely in the densely populated mainland of Lagos – marking him out as a man with a heart grounded in simplicity, humility, and unforced goodness. These attributes mark him as a great man of culture and creativity, flawed sparingly by his intrinsic nature and the exuberance of his talents.

TUFACE: Here is the slowly forming ‘dub’ side of KSA; an archetype that has almost all the finer textures of the ‘original’, and still working hard to transform into the magnificent replica of the ageing monument.
A staple of the 21st century scandal-mongering tabloids and newspapers, Tuface has carved a niche in notoriety simply by his private peccadillos – a seemingly insatiable knack for siring children through many willing vessels. Though recently married (as at 2014), the songster is noted to have fathered six children by three beautiful women whose idea of procreation planning baffles observers, since they appear to bring forth these little innocents in indiscriminate procession.

Those who know say Tuface is warm, humble, generous and benevolent – guess who that sounds like? That may account for the transparent warmth several upcoming singers in the Afropop and Hip-hop genre talk about the influence and impact of Tuface on their careers.
With his Hypertek Entertainment outfit and other platforms, he has couched and softened the harsh realities of living in many lives, and lifted sagging aspirations.
His decision to stick to one woman echoes a legend’s desire to stay-off women few decades ago… But if history has a way of repeating itself; if Tuface, the star of the millennial first decade goes on to consolidate his position in decades to come; his resolve will be sorely tested – as history has shown us.

CONCLUSION: In all these ‘categorizations’ and ‘amplification’, the two twinkling stars of different but intertwining eras are still different individuals with distinct personas.
We are unable to probe further than what we see; or get answers to. Yet, we have enough pointers to indicate that just as profound and relentless as KSA dominates the Nigerian music space for so long, and so trenchant; the strapping young adult, Tuface Idibia has the capacity, skill, opportunity and temperament to grasp and guide the flows and ebbs of Nigerian music for the next couple of decades.
Just check this: In all the “brouhaha”, Tuface has only put out just four albums, in eight years! Fast-backwards – in the eight years between 1967 and 1974, King Sunny Ade had plundered over 45 short playing discs (equivalent to 10 modern LPs)!!!
Oh, it’s a long, long way to super stardom! Longer still to true legendary status! All hail the King!! 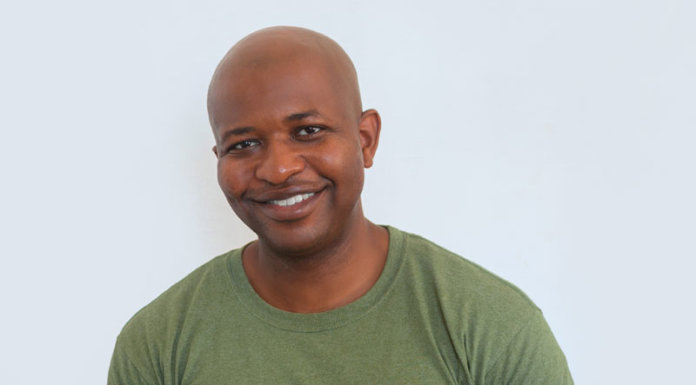