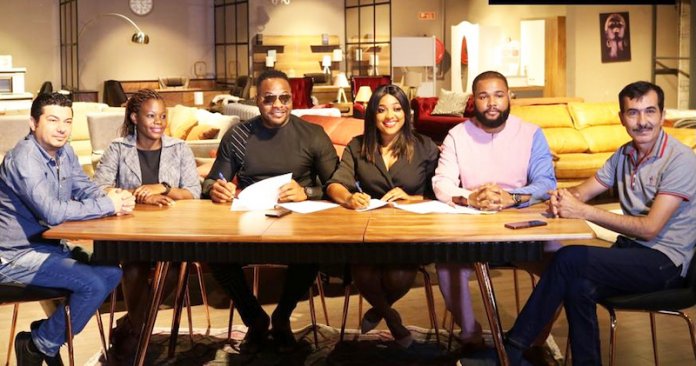 Leading Nigerian film shop, Inkblot Productions has netted a deal with Netflix to helm a new original drama series for the US streaming platform. Netflix announced the deal last Monday, alongside agreements for three new classic films from the African continent – Òlòtūré, ‘Citation’ and ‘King of Boys II’ – from filmmakers Mo Abudu, Kunle Afolayan and Kemi Adetiba. The new series and films, which are at different stages of production, while others are ready to premiere, will join the growing slate of Nigerian content on the streaming platform and debut to 193 million members in 190 countries around the world, the streaming giant stated in a statement.

The new original series “Far From Home” is a six-part series created by Chinaza Onuzo and Dami Elebe. Produced by Inkblot Productions, it follows the story of Ishaya, “a charismatic teenager and talented artist from a poor family, whose dreams suddenly appear within reach when a prestigious scholarship to the most exclusive school in the country catapults him into the luxurious world of Nigeria’s 1% – all while a huge secret threatens his newfound status and, ultimately, his family’s safety. Actor-producer Funke Akindele is confirmed for a lead role in the upcoming Inkblot/Netflix series, while Zulumoke Oyibo and Damola Ademola will serve as executive producers.

“These Netflix original films demonstrate how we’re building a home for the best-in-class Nigerian content for our members in Nigeria and beyond,” said Ben Amadasun, Netflix’s director of licensing and co-productions in Africa. “It’s amazing to see how Nigerian films and series resonate with audiences around the world. By making it easy for people to watch films and shows from other countries, we can help them build empathy and develop a shared understanding of the world.”

Dorothy Ghettuba, the lead for African originals at Netflix said in the statement, “Netflix is proud to continue to invest in more original content from Nigeria. We’re also thrilled to grow our existing creative partnerships while forming new ones with Chinaza and the amazing Inkblot team who will now join the growing list of Nigerian partners.”

Reacting to the deal, an excited Inkblot’s creative, Onuzo said “We’re thrilled to be partnering with the Netflix team to tell the story of Nigerian youth on a global scale. We cannot wait to share with the world what it feels like to grow up in one of the most dynamic countries on the planet.”

On the three new Nigerian films, the first, ‘Oloture’, is the story of a young female journalist who goes undercover as a prostitute to expose a human trafficking syndicate. The film is part of Netflix’s partnership with Mo Abudu and her production company, Ebonylife. The movie will launch globally on October 2. Directed by Kenneth Gyang, its cast includes Sharon Ooja, Omowunmi Dada, Omoni Oboli, Blossom Chukwujekwu and Wofai Fada.

‘Citation’, from director Kunle Afolayan and produced by Golden Effects Pictures, will hit Netflix globally on Nov. 6. It is the coming-of-age story of Moremi, a bright university student who forms a bond with her charismatic and well-connected professor who ends up sexually harassing her. The film follows Moremi’s quest for justice and stars Jimmy Jean Louis, Gabriel Afolayan, Ini Edo, Joke Silva, Adjetey Anang, newcomer Temi Otedola a surprise first timer, Ibukun Awosika.

‘King of Boys II’ is the sequel to director Kemi Adetiba’s 2018 crime thriller, in which a businesswoman and crime boss is drawn into a power struggle that threatens all she holds dear. Set to premiere globally in the first half of 2021, the movie begins with Eniola Salami’s triumphant return, after a five-year exile, to Lagos City. “Not content with the prospect of a fresh start,” she this time aims even higher than before. The movie features returning stars Sola Sobowale, Remilekun “Reminisce” Safaru, Tobechukwu “iLLBliss” Ejiofor, and Toni Tones, as well as new lead cast Richard Mofe-Damijo, Nse Ikpe-Etim, and Efa Iwara.