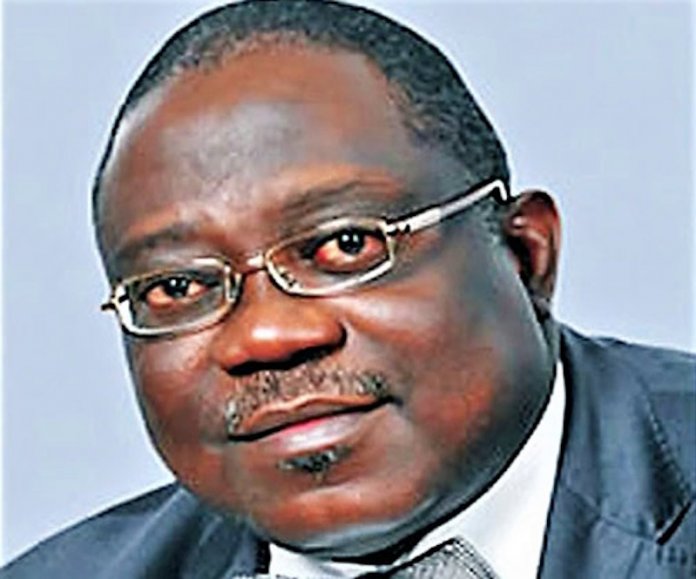 It should be clear to my readers by now, that my dimensioned exploration of Christianity in this series is a journey propelled by an intellectual search for meaning on defining issues that tend to create contention in conversations on the Christian faith and the growth of the Church of Christ. And this had entailed exploring domains of knowledge that ordinarily will be considered weird, and this contribution is one of such. And so, I find myself contending with the fact that, at its core, Christianity is a mystical religion. It indeed embodies several mystical elements that gives it an aura of curiosity and awe. It was also one of the bases for its persecution in time past. It was difficult, for instance, for many non-adherents to come to terms with the idea of the trinity, of the three-in-one God, or of the mystery of salvation. It was even more baffling to contemplate the idea of the Holy Communion and what it signifies. The Bible records, in Matthew chapter 26, and verse 26, Jesus instructed to eat the bread and drink the wine as indicators of his body and his blood. Catholics, in taking the Eucharist, believe that the bread and the wine signify the literal body and blood of Christ; the water and wine are transubstantiated when eaten into the body and blood of Jesus.

One can imagine the shock-effect of this dogma on a cultural context like the ancient Roman society. Under Emperor Diocletian and Galerius, Christians faced enormous persecution, especially during the Great Persecution of 303, when they were accused of cannibalism which the belief in the Eucharist generated. Christianity’s relationship with mysticism and the mystical experience began with Catholicism. One of the sources of the mystical union with God is in the supposed transformation of the Eucharist into the body and the blood of Christ. The mystical is so easy to relate to any religion, given the dynamics of hidden rituals and the relation with the mysterious which is what makes religion essentially what it is. Scriptures, for instance, have often been seen as not having literal meanings. When the Bible says, in Deuteronomy 29:29, that “secret things belong to God,” it alludes to the mystical dimension of scriptures that must be ferret out for understanding.

The Gnostics, of the first century AD, emphasized gnosis—or personal spiritual knowledge and experience of the Divine, over tradition and authority of the Church. This rendering of the idea of the mystical relationship with God brings Christianity very close to Greek philosophy, and especially the emergence and consolidation of Neoplatonism, and the understanding of the beauty of the human contemplation of the Logos or the Word. This is the foundation of the Gospel according to John: In the beginning was the Word. From Clement of Alexandria and his mystical theology, it was a short distance to the development of monasticism and asceticism, the experience in the desert that is supposed to mark a great turning point in the soul’s union with God through the defeat of the self’s demons. While the pre-13th century Christian mysticism denoted Christ as the medium in the union between God and the soul, the 13th century mystical writings, especially of Meister Eckhart, obviated the need for such a medium—God and the soul becomes indistinguishably one in union. This mysticism declared irrelevant the significance of religious life and practices, and rather advocated a radical aloofness that is a precursor to achieving the presence of God.

It is easy to see how Eckhart’s mysticism would serve as heretical to the teaching of the church about the connection between the sacraments the church offers, and salvation. Meister Eckhart was therefore condemned by the Pope in 1329. And the 14th century was the beginning of the Church’s acute reaction, through the Council of Vienne, against mysticism. But by the twentieth century, Christianity’s connection with the mystical has gone beyond the theological to the historical, with regard to several mystical societies that were, rightly or wrongly, regarded as having some intimate relationship with Christianity. Almost everyone is familiar with the Reformed Ogboni Fraternity (ROF) in Nigeria, and the Rosicrucian Order in the West. Both are in some sense connected or seek to be connected with Christianity as a defining brand. Indeed, both emerged from some understanding of what Christianity is and how it could be reformed or integrated with some theological or cultural beliefs. The Ogboni was a renowned traditional secret society in the traditional Yoruba society, and yet the ROF chose that framework as the core of its rehabilitation of African Christianity.

The case of Rosicrucianism is even more instructive. It emerged, in the 17th century, around the figure of a mystic philosopher and doctor, Christian Rosenkreuz (where the Order derived its name, Rosy-cross), and his knowledge of an esoteric order and knowledge, derived from Christian mysticism and even the Judaic Kabbalah. The Rosicrucians believed that the mysteries are what Jesus referred to in Matthew chapter 13 and verse 11 (“…it has been given to you to know the mysteries of the kingdom of heaven”). Similar to the vision, in Revelation, about the twenty-four elders kneeling before the throne of God, one of the iterations of the vision behind Rosicrucianism is that of twelve enlightened and exalted beings that surround a thirteenth who is Rosenkreuz. The mission of these beings, as well as all those who would accept the Order and its message, is to reform the entire mankind through the unveiling of the inner spiritual capacities which will allow humans to live in altruism.

However, the consciousness of these mystical societies was awakened most shockingly by Dan Brown, and his popular fictions, from the Da Vinci Code to Angels and Demons. From these popular novels, the world seemed to wake up to the reality of other frightening effusion of Christianity like the Illuminati, the Opus Dei, the Freemasons, and the Knights Templar. All these societies are often represented as being the secret custodians of gnostic knowledge about Christianity or certain hidden mysteries in the word of God. And around them have sprung up all manners of conspiracy theories around, for instance, the Holy Grail, the shroud that wrapped Jesus after his death, or a bit of the cross). Their relationship with Christianity is however caught in the conflicting dynamics of history and speculation that is very difficult to unravel.

One fundamental fact about these societies and orders is that they were generated by presumed or real connectedness with Christianity as grand and compelling growing brand. Most of them emerged by reason of historical circumstances or theological dynamics. The Knight Templars, for instance, came into existence mainly as a result of the Crusades which popes and kings in Europe convoke between the 11th and the 13th centuries. The objective of the Crusades was to dislodge Islam from the Holy Land. By the end of the fourteenth century, the Templars’ reputation as a monastic order and a military wing was at an end. While Pope Clement revoked its recognition by the Catholic Church in 1312, it was brutally suppressed by King Philip IV of France. Part of King Philip’s excuse in suppressing the Templars has to do with their secret initiation ceremony, and the distrust it bred. And this led to further conspiracy as to its ancient ties with the establishment of Freemasonry. The same can be said about the Opus Dei. Founded by Josemaria Escriva de Balaguer, a Catholic priest, Opus Dei came into existence after the priest claimed to have seen a vision of “opus dei” (or “Work of God”). It grew substantially after it received papal commendation in 1947 and 1950. However, despite the growth and strength of the Order, its papal approval and the canonization of Escriva, Opus Dei has not been able to escape the speculation about its mystical antecedents, and the danger it poses to the Church. Again, its secret recruitment dynamics fueled the rumor about its cult status.

Perhaps the most famous of all the global mystical societies is the Illuminati. Unlike the other societies, the Illuminati is the one famous group without a fundamental connection to the Church but to Christianity. However, like others, from the Reformed Ogboni Fraternity to the Opus Dei, the organizational dynamics of the Illuminati is equally shrouded in secrecy. Essentially, like the others too, the original Illuminati recruited Christians and specifically excluded Jews and pagans. Founded in May, 1776 in Bavaria by Adam Weishaupt (hence the society’s original name of the Bavarian Illuminati), the Illuminati’s original objective, paradoxically, was meant to serve the purpose of pushing the boundaries of the Enlightenment ideals, and standing against superstitions, injustices, clerical excesses. Weishaupt was a professor at a university run by Jesuits who waged war against non-clerical members of staff. This was one of his motivations for forming the group. The key to understanding the organizational framework of the Iluminati lies in the fact that Weishaupt modeled his own society on the ranking and grading systems employed by the Freemasons, considered to be the largest secret society in the world. Both are significantly anticlerical, and even though both have been persecuted by the Church, they both draw on Christians and Christian values as major parts of their frameworks.

The critical question this reflection instigates is: why was it possible for Christianity to generate so much mystical and secret societies that flourished under its umbrella or took up its values and ethos (before some were actively suppressed)? One immediate answer, as we hinted at the beginning, is that Christianity itself lends itself to mystical interpretations of its mysteries. Christianity itself is founded on a fundamental dynamic of relationship between humans and God, the ultimate mystery. And this divine relationship is further made complex by series of mysteries, dogmas and sacraments that are meant to facilitate the capacity of humans to achieve oneness with God. We can then conclude that while there is a specific essence of Christianity—a set of minimum spiritual and dogmatic imperatives—no one can adequately monitor the heretical and fundamentalist interpretations that they could be subjected to. The point remains that humans can go to any extent to find God.