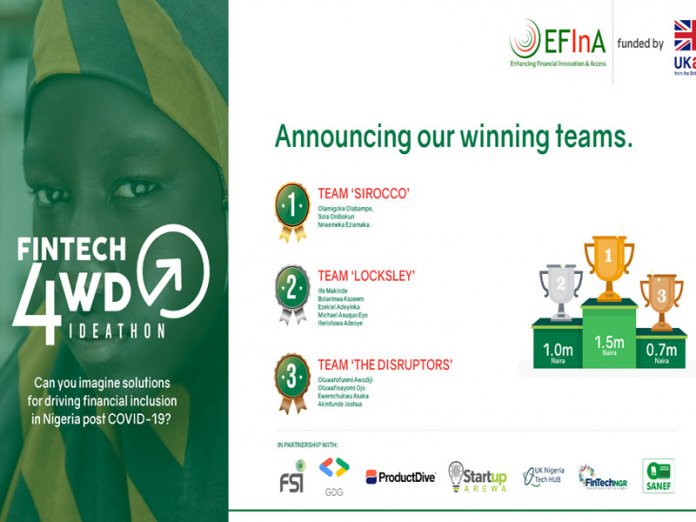 Enhancing Financial Innovation and Access (EFInA), has announced the winners from the recently concluded Fintech4wd Ideathon that challenged innovators to propose ideas to catalyze financial services access for microenterprises during COVID-19.

A total of 162 teams, comprising of 468 participants, registered for the Ideathon, which included four pre-submission webinars by industry experts to support teams in developing relevant solutions.

The ideas developed by the teams were reviewed by a panel of six judges. Winners and runners-up were selected based on the quality of the idea, the local readiness of the idea for the Nigerian consumers and context, and potential impact on microenterprises.

Team Sirocco, which emerged as the winning team in the competition, comprised of Olamigoke Olabampe, Sola Onibokun and Nnaemeka Eziamaka. The team won a cash prize of N1,500,000.

EFInA acknowledges the efforts of all participants, particularly the top 10 teams from the Ideathon – Team Sirocco, Team Locksley, Team Disruptors, The Lovelace Team, Team Purple, Team Cashfog, Team Kapital Grow, Team Savannah, Team Tokeen and Team Rootech – who all developed interesting ideas with the potential to enable microenterprises thrive, even during this pandemic.

Following the completion of the Ideathon, EFInA calls on all software developers who are looking to build these ideas into financial solutions to register for the upcoming EFInA Fintech4wd Hackathon and stand a chance to win up to N2,000,000. In the Hackathon, software developers will be developing solutions that aim to solve the supply chain and market issues that microenterprises currently have.

EFInA is a member of the Financial Sector Deepening Network, funded by UKAID to promote financial innovation and inclusion in Nigeria. 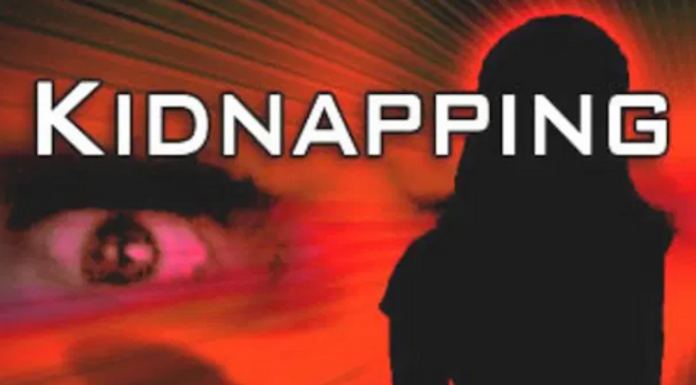