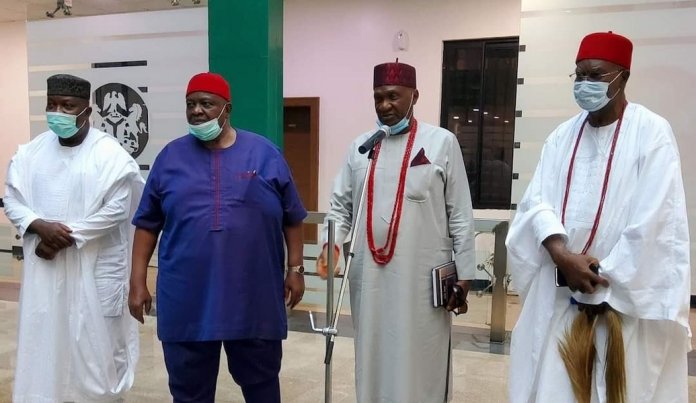 Every year, the International Peace Day is observed globally on September 21. The United Nations General Assembly has delcared this as a day devoted to strengthening the ideals of peace, through observing 24hours non-violence and ceasefire. This year’s theme is Shaping Peace Together.

As beautiful as this year’s theme is, the questions are people really shaping peace together by their actions and inactions? Do people know and understand the essence or importance of peace. Do they know that enduring peace is inevitable in every society? Do they live, co-habit and work in peace? Are they weapon of war or peace?

How often do they work for and promote peace even in their homes and communities, especially when they have political powers and financial wherewithal? How often do they let go for peace to be?

This is despite the fact that apart from UN’s declaration of International Peace Day, peace is paramount and a tradition in various religious doctrines and practices. It is even written in the Bible that blessed are the peacemakers for they shall be called children of God. Are you called a child of God, because you have always craved for peace consistently and uncompromisingly? Are you a hypocrite, who pays lip service to peace? Where do you belong? Reflect on these and do self-assessment from time to time.

Well, in recognition of their various contributions to the promotion and sustenance of peace in diverse ways, Enugu State Governor, Ifeanyi Ugwuanyi, former President, Goodluck Jonathan, Ebonyi State Governor, Dave Umahi and others were named Peace Ambassadors in celebration of this year’s International Peace event.

A statement in Enugu by the Country’s Programmes Director, Global Society For Anti-Corruption (GSAC) Mrs. Amaka Nweke, said that they were named because of their numerous contributions and consistent support for promotion of peace and unity in several ways.

He has rebuilt broken bridges, reconciled the irreconcilables and mended cracked walls. He has sacrificed a lot for peace to reign in the state. Even with his exalted and powerful office as governor, he had continued to stoop to conquer. He has become a pencil in the hands of God to keep the state on the right track and peaceful. He has strongly demonstrated his penchant for genuine peace in every situation, without minding whose ox is gored.

With Ugwuanyi’s numerous peace initiatives and overtures, longtime political rivals and warring communities have embraced, dialogued and resolved thier differences in the interest of peace and unity in the state.

The relationship between the executive and the legislature has remained cordial. It is not different in that between the state government and workers as Ugwuanyi has remained one of the most workers’ friendly governors in the country today.

Even the oppositions in the state are in total agreement that Ugwuanyi’s peaceful and tolerant disposition has promoted sustainable and enduring peace. To the low and high within and outside the state, Ugwuanyi is a genuine peacemaker who is always ready to sacrifice anything for peace to prevail. He has been consistent and practical in his peace pursuits.

It is for this reason that so many laurels, awards and honours have been given to and conferred on him in this regard by some national dailies, reputable national and international organisations and groups before he was named as one of the Peace Ambassadors in this year’s International Peace Day celebrations.

Ugwuanyi’s milestones in peacemaking is a lesson and at the same time a challenge to political leaders, especially in Enugu State, where Ugwuanyi has become an exemplar and model in leadership.

They are often intoxicated or carried away by perks of office and power, forgetting its ephemerality. Ugwuanyi is conscious and mindful of that thus has remained himself in power- humble, focused, accessible, peaceful, diligent, taciturn, lenient, forgiving and caring as well. His leadership style is exceptional and unique.

As if Ugwuanyi’s recognition as Peace Ambassador this year is not enough, some prominent Igbo leaders visited him on the same day and commended him for his accomplishments in the areas of peace, good governance and the recent state’s economic rating.

Speaking during the visit at the Government House, Enugu, the President-General of Ohanaeze Ndigbo, Chief Nnia Nwodo, applauded the governor for the recent rating of Enugu as one of the six economically viable states in Nigeria that can survive without federal allocations.

Nwodo, who was accompanied by the Obi of Onitsha, His Royal Majesty, Igwe Nnaemeka Alfred Achebe and Chief Emmanuel Iwuanyanwu, added that Enugu was the only state in the South East geopolitical zone to accomplish such an outstanding feat.

He disclosed that they were at the Government House, Enugu on a routine consultation “we are having with our governors on matters of Igbo concern”.

The Ohanaeze President-General revealed that they appraised the developmental issues in Igbo land and took brief on Gov. Ugwuanyi’s budget priorities in the areas of digital education, health, infrastructure, security, among others “and we are pleased with what he told us”.

The Igbo leaders expressed delight that the governor has maintained a peaceful atmosphere in Enugu State, and has equally reduced political differences to the barest minimum that there is no more issue of bickering or quarrel.

According to Nwodo, “we have listened to the governor about things he has done to make Enugu remain peaceful and to ensure that the people of the state live in peace,i and we commend him for what he has done to earn Enugu the enviable status as one of the most peaceful states in Igbo land and Nigeria.”

As one of my friends will always say, Enugu State has a priest in leadership and politics in the person of Governor Ifeanyi Ugwuanyi, who has resolved and settled lingering crises and conflicts with ease.

The verdict of the Igbo leaders on Ugwuanyi’s sterling performance, especially in the area of peace is in tandem with that of others, who have experienced, witnessed and benefitted immensely from several of his peace pursuits and accomplishments.

Just like the theme of this year’s International Peace Day celebrations titled Shaping the Peace Together, it behoves the people of Enugu State, especially the political bigwigs and leaders to continue to join hands with Ugwuanyi to shape the peace of the state together, because peace is paramount and key to unity and development.

That is the best way for them to appreciate, support and celebrate Ugwuanyi for his unparalleled feats in the area of peacemaking and peaceful coexistence which has kept the state more peaceful and united and earned him Peace Ambassador of the year.

What a befitting and deserving honour to a governor and leader who has proven that with sincerity and sacrifice peace is achievable and sustainable no matter the circumstances and odds.