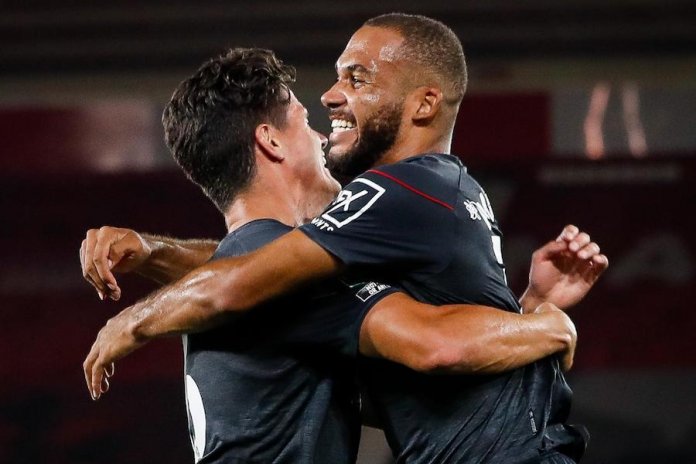 All four goals in normal time came in the second half, with Hal Robson-Kanu putting the hosts 1-0 and 2-1 in front from the spot.

But Emiliano Marcondes’ superb overhead kick and a Marcus Forss spot-kick drew the Bees level to force the shootout.

Christian Norgaard scored the winning penalty after Grady Diangana’s effort had been saved.

Brentford will host Premier League Fulham or Championship rivals Sheffield Wednesday in the fourth round.

Ties are due to take place in the week commencing 28 September.

Elsewhere, Manchester United progressed to the fourth round of the Carabao Cup with 3-0 victory at Championship side Luton.

Juan Mata opened the scoring from the penalty spot in the first half.

United goalkeeper Dean Henderson produced an excellent save late on to deny Tom Lockyer, before substitute Marcus Rashford tucked in a second.

Mason Greenwood, who also came off the bench late, added a third with a curled finish to wrap up the win.

Victory means Manchester United will face either fellow Premier League side Brighton or Preston of the Championship in the next round.