Over the years, the South East, populated virtually by the Igbo, has been the only geo-political zone without an international airport in Nigeria. The people had raised cries of marginalisation but successive governments ignored them. The situation remained so for a long time despite the fact that the Igbo people are not only the most travelled both nationally and internationally but also the greatest importers of goods in Nigeria. In other words, if placed on the scale of usage, they would come first before any other zone in Nigeria in terms of their potential to use such facility. So, in terms of merit and viability, there was no reason for a befitting international airport to be lacking in the South East.

The situation gave room for conspiracy theories. Some thought it was one of those conservative policies of power brokers in Nigeria to continually put the Igbo at a disadvantage in terms of infrastructure. And for others, an international airport in Enugu would be a major threat to the ones in Lagos, Abuja, Port Harcourt as Ndigbo are in the majority of those that patronize such facilities in the country. There are other theorists who believe that the non approval of international airport in the East was one of the prices the people of the zone had to contend with for losing the Nigerian/Biafran war. The conjectures were countless.

But that was the prevalent narrative in the South East until former President Goodluck Jonathan approved and gave Akanu Ibiam airport international status. With an aviation minister from the South East, Senator Stella Odua, the age-long dream of the Igbo came to reality. The airport was upgraded and renamed Akanu-Ibiam International Airport, Enugu. There was wild jubilation in Igbo land, particularly on the day an Ethiopian airline landed in the airport.

But the euphoria that followed the whole exercise was ephemeral as what literally became the monster fighting the realisation of the project over the years showed its ugly head again. First, a campaign of calumny was launched against Odua for making the impossibility possible. A phantom allegation of misappropriation and embezzlement of public funds was brought against her, leading to her sack as minister of Aviation. Her sack slowed down development in the airport as it remained international only in papers. Facilities that would have made it international in every sense of it were grossly lacking and the Igbo kept demanding that those facilities be provided if truly officials in the current government were really serious in ensuring that it retained its international status

So, when the current All Progressives Congress-led Federal Government of Muhammadu Buhari announced through its aviation minister, Hadi Sirika, that facilities at the airport were going to be renovated and expanded to demonstrate its international status in reality, the Igbo people again went into wild jubilation.

However, much as commendations go to the Federal Government for the success story so far, those familiar with developments in the airport would agree that one man who should also be praised is the Enugu State governor, Ifeanyi Ugwuanyi. Yes, because he took the completion and reopening of the airport more like a personal project. In deed, throughout the period of reconstruction, there was virtually no week that the governor did not go there personally to check the progress of work on the facility. He ensured that the counterpart assistance from the Enugu state government was provided in time.

Ugwuanyi promised to provide necessary support to ensure that anything that would have hampered the smooth facility upgrade and timely reopening of the airport was not allowed.
First, he constituted a stakeholders’ committee to look into all the issues around the expansion of the airport and resolve them. The committee members were drawn from the Federal Ministry of Aviation, the Federal Airports Authority of Nigeria (FAAN), and Nigeria Export Processing Zones Authority, as well as the Enugu State Ministries of Land, Commerce & Industry, and the Free Trade Zone Management.

They were mandated to unravel the disagreement among the federal agencies operating in Enugu State regarding ownership of the vast hectares, which the state government has approved around the airport for their use.
The governor promised that any of the parties that still needed land at the end of the meeting, especially for the airport project, would promptly be attended to.

“The Akanu Ibiam International Airport Enugu is a project of great need for the people of the South-East and every effort required to be made in order to get it functioning at optimum capacity and efficiency will be supported by the Enugu State Government,” he was quoted to have said.

The Enugu State government donated vast acres of land for the airport expansion project. The governor also ensured that structures that could have constituted encumbrances to the speedy and timely completion of the expansion project were expeditiously relocated elsewhere. Such structures as Orie Emene market, abattoir and the Enugu State Broadcasting Service (ESBS) Radio/TV Mast were all dismantled and relocated elsewhere.

When the Managing Director, FAAN, Capt. Hamisu Rabiu Yadudu raised concerns about residents illegally living on the air field near the airport, saying they posed a security risk, Ugwuanyi promised prompt action. He assured the FAAN boss that his administration was fully committed to the safety of lives and property as well as the progress of the international airport.

With the completion of the renovation and facilities upgrade at the airport and its eventual operation commencement, the South East has joined other zones in Nigeria to boast of an international airport. All thanks to Governor Ugwuanyi who stepped in when unnecessary squabbles among some concerned federal agencies regarding ownership of some parcels of land and other intervening variables were on the verge of thwarting the age-long dream of an average Igbo man.

With the volume of activities expected at the only international airport in the South East, Ugwuanyi, like Oliver Twist, has again appealed to the Federal Government to commence construction of a second runway at the airport.
He has also asked FAAN to present a plan for the project to him even as he has affirmed the availability of land required for its actualization. He has equally appealed to the Federal Government to ensure that the airport meets all internationally accepted standards.

By this singular feat, Ugwuanyi is standing shoulder high among his peers in Igbo land. His intervention came when it mattered most. His action doused tension and buried whatever misgivings that exist in the minds of the Igbo about the existence of an international airport in Igbo land. He has wiped away tears off the eyes of an average Igbo man. He has earned himself a place in the history of the Igbo. Even his detractors would agree that Ugwuanyi has undoubtedly joined the league of leaders who wrote their names in gold while serving the people.
–––Aneke wrote from Coal Camp, Enugu.

editor - October 31, 2020 3:03 am
49
BY DELE MOMODU Fellow Nigerians, let me start by thanking God for my unusual mindset. I’m also grateful to those who have mentored me in... 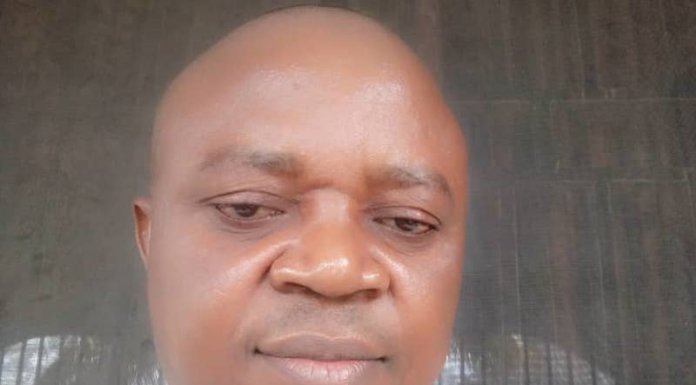 Moghalu: We are Making Effort to Improve NIWA’s IGR