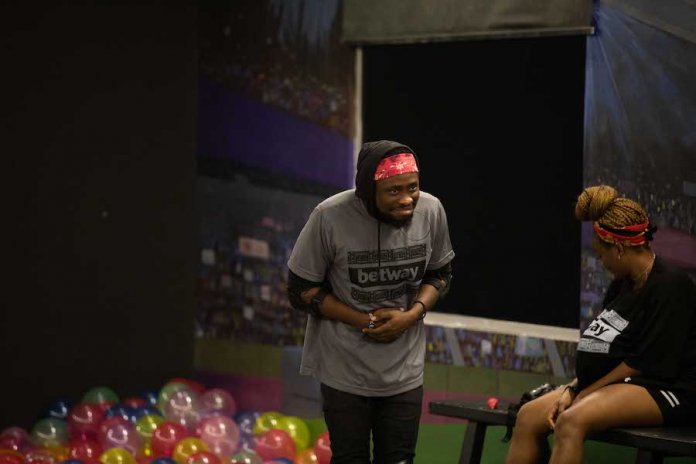 For the first time in a long while, TrikyTee, one of the housemates in the ongoing fifth season of the Big Brother Naija reality show didn’t face the chopping block last week. Winning the Head of House title last week spared him the eviction jitters. He is the most nominated housemate in this season and so far has escaped eviction.

But with this week’s nomination which placed him up for possible eviction alongside Ozo, Dorathy, and Laycon, fans of the show doubt if luck will shine on him on Sunday live eviction.

Unless TrikyTee is the proverbial cat with nine lives, his chances of emerging in the top five are very slim. Laycon whose humble plight has won many hearts has possibly secured a place in the finals. Dorathy’s escape from eviction on Sunday also showed that she has a strong fanbase rooting for her to clinch the coveted N85 million grand prize.

Ozo would have been a strong contender in this week’s nomination but he has failed to amass many votes in the past few weeks, mainly because of his perceived obsession over Nengi.

Interestingly, the only couple in the house Neo and Vee strategically distracted other housemates from seeing them as a threat, thereby securing themselves a spot in the finals alongside Nengi who won this week’s HoH title.

With only two weeks left to the crowning of a new winner of the reality TV show, fans are anticipating the outcome of this week’s voting, particularly to know the fate of TrikyTee when Ebuka, the host unveil the names of the evictees.