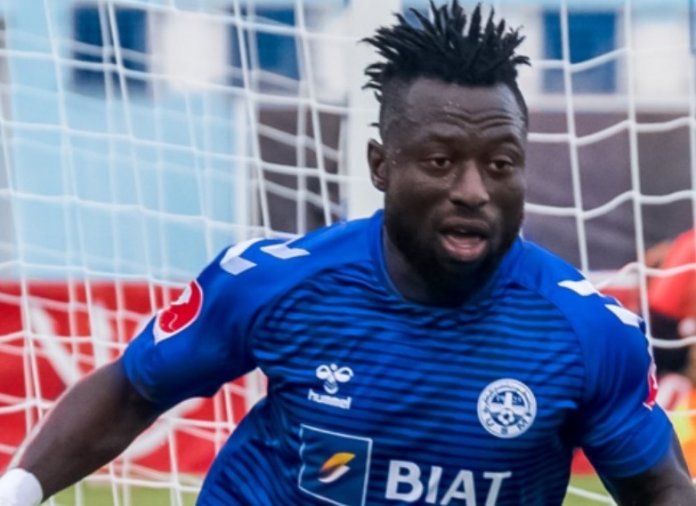 Former Lobi Stars forward, Anthony Okpotu has dedicated his Goal King award in Tunisia’s Ligue1Tn to his club and the fans.

The striker netted 13 goals in his debut season to finish top scorer in the Tunisian championship.

This is his second top scorer award after his 2017 feat with 19 goals in the Nigeria Professional Football League (NPFL).

Okpotu, who arrived modest US Monastir on the eve of the season, wasted no time to settle for business in Tunisia, scoring on his debut against title contenders Club Sportif Sfaxien, who finished second.

“I dedicate the goals to US Monastir’s management, technical crew, my amazing teammates and our ever reliable fans,” he told ScoreNigeria.com.ng

“No thanks to Covid-19, we missed the fans when the league resumed after the lockdown.”

Speaking on his experience in Tunisia, he said: “I have enjoyed football in Tunisia. I came here for a purpose and that was achieved with a fantastic team led by a great coach.

“We qualified for a CAF tournament (CAF Confederation Cup) for the first time and took the club to the Arab Championship too.

“When I accepted the decision to come to Monastir, I promised the club and my management team a minimum of 15 goals. However, I scored 13 goals to be top scorer,” Okpotu recalled.

The forward, who represented Nigeria at the Championship of African Nations (CHAN) hosted by Morocco, in 2018, is already a transfer target of Tunisia’s perennial champions, Esperance as well as top clubs in Egypt, Europe and the Gulf.