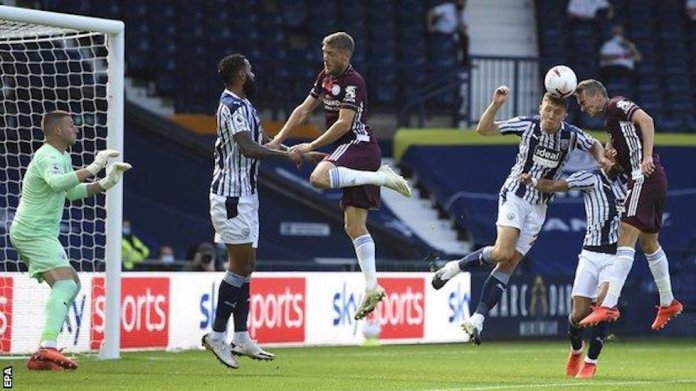 *’No Show’ for Iheanacho, Iwobi in opening weekend

The Foxes’ chief handler, Brendan Rodgers featured Ndidi in the central defence instead of his role as a defensive midfielder. This was perhaps due to the absence of Wes Morgan and Johnny Evans.

It was however a bad day for Semi Ajayi who lost his first game in the topflight with the Baggies. He played a crucial role in West Brom’s return to the English elite division.

After goalkeeper Sam Johnstone twice came to the home side’s rescue with saves to deny Harvey Barnes in the first half, new signing Timothy Castagne broke the deadlock when he nodded home a far-post cross from fellow Belgian Dennis Praet nine minutes after the restart.

Vardy, last season’s Premier League top scorer, then got up to score from the spot after being dragged back by Kyle Bartley as he chased into the box to support a move that saw Johnstone deny former Baggies loanee Barnes for a third time.

As playmaker James Maddison made a second-half appearance off the bench after recovering from a hip operation that crucially caused him to miss the end of the season, it was a good day for manager Rodgers and his team, who were winning this particular fixture for the fifth time in a row.

For West Brom, it was a brutal reminder of the task they face merely trying to stay in the top flight.

All three promoted teams lost on the opening weekend and – like Fulham, who were beaten by a similar scoreline against Arsenal on Saturday – there are early question marks over whether they have the quality to survive. Leeds however gave a good account of themselves missing sharing points with champions Liverpool by the whiskers.

Elsewhere in Europe yesterday evening, Kelechi Nwakali had his first feel of the Spanish top-flight as he came in in the 62nd minutes for newly promoted Huesca.

On the other side of the field, Samuel Chukwueze started for Villarreal as they cancel a first half deficit to pick a point at home with the 1-1 draw.

In France, Henry Onyekuru played the last 28 minutes of that game as they edged past Nantes that paraded another Nigerian Moses Simon 2-1.